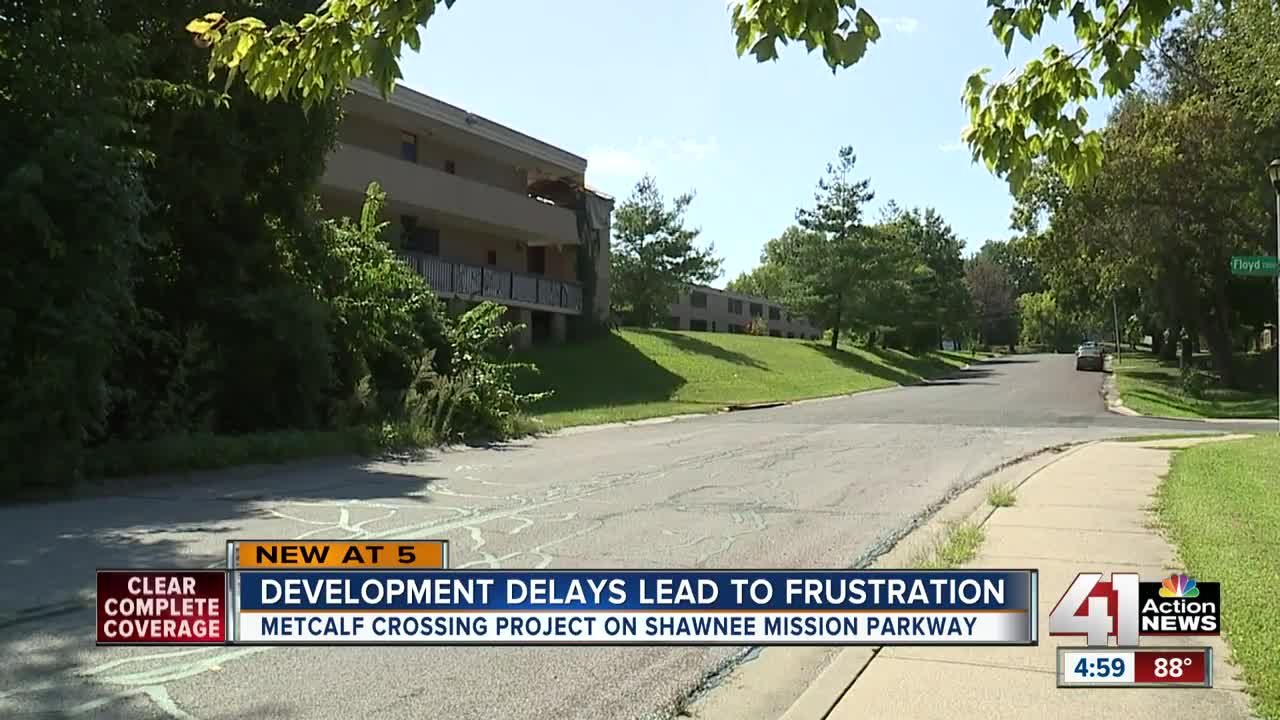 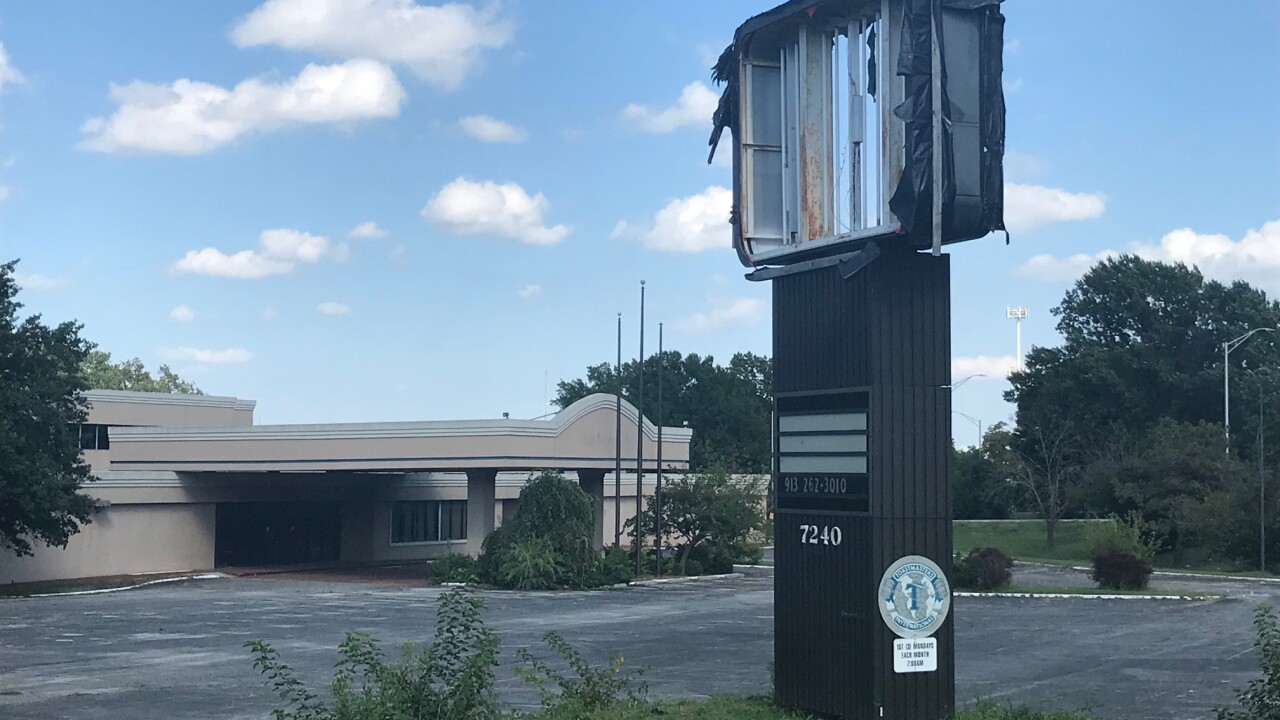 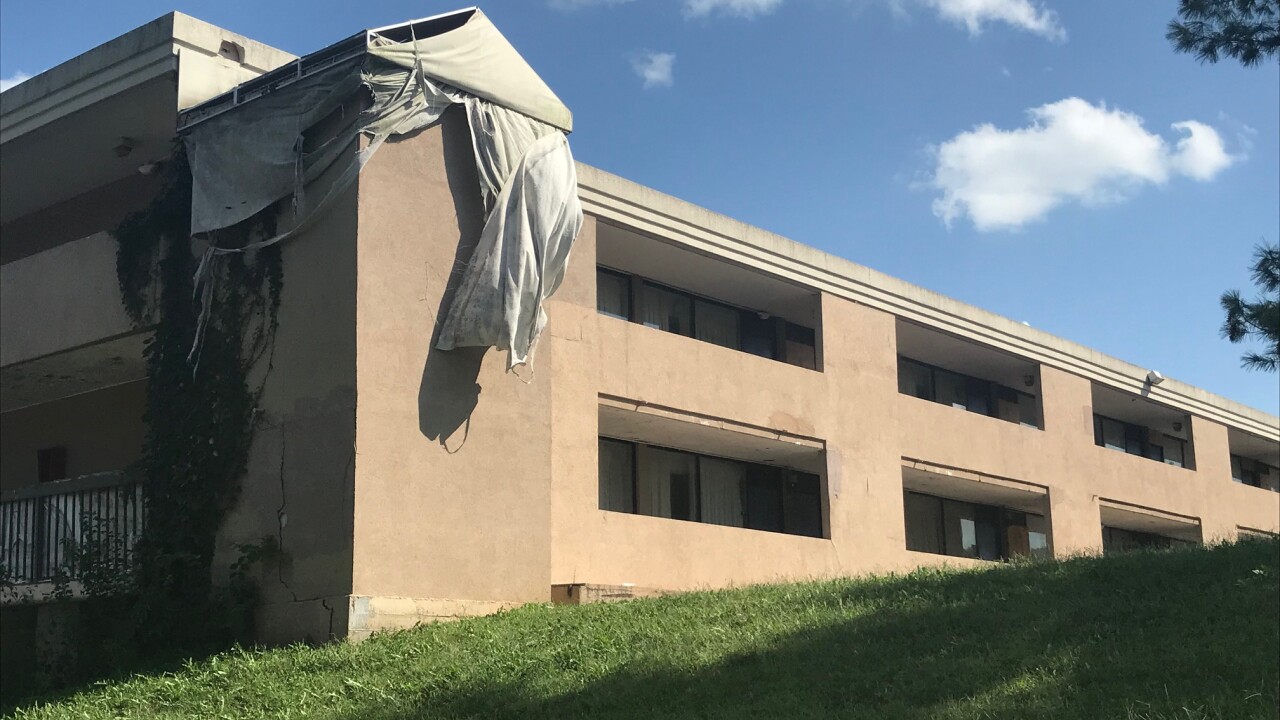 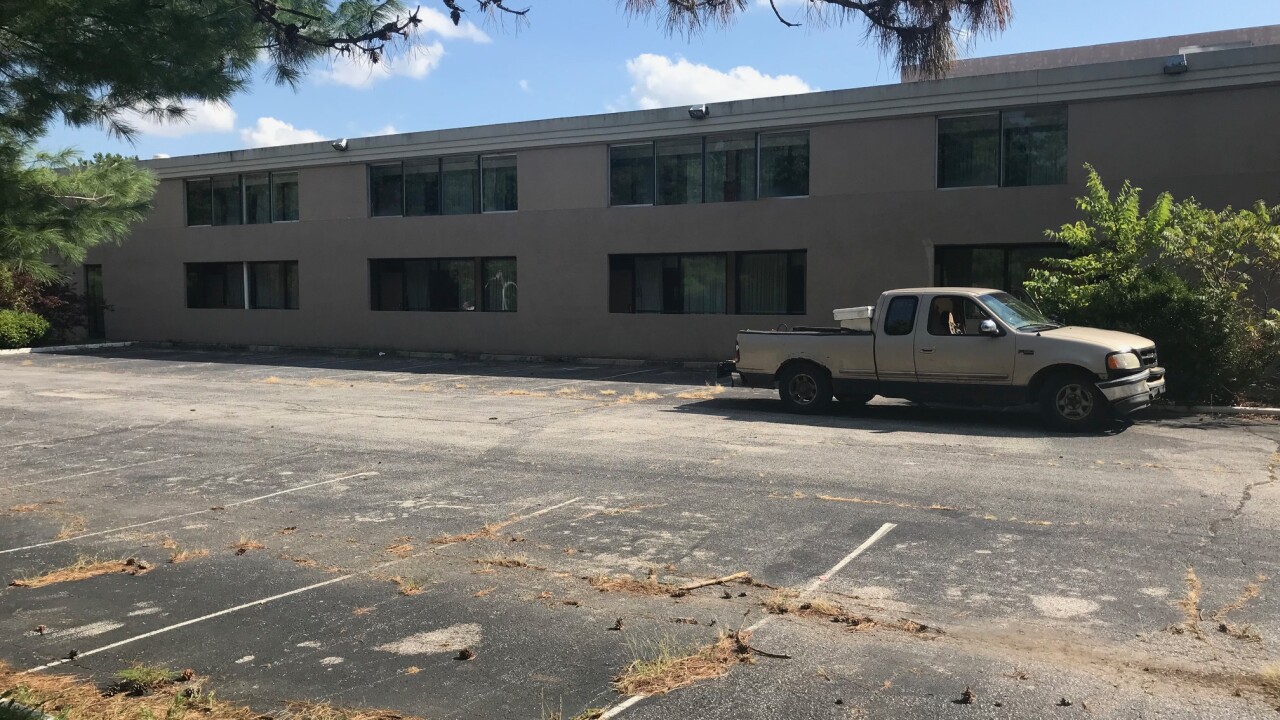 OVERLAND PARK, Kan. — A delay in a project at the northeast corner of Shawnee Mission Parkway and Marty Lane is frustrating Overland Park city leaders as well as nearby residents.

The area the so-called front door to Overland Park and city leaders want to make it a more welcoming place.

But the piece of property that once housed two hotels, including a Ramada Inn, is still vacant.

"Every year we sat and looked at it, it's deteriorating and not doing anything," Overland Park resident Kay McMurray said.

In her over 40 years of living in the city, she's seen a lot at the site.

"We have a lot of transients, we have a lot of people walking that come in and go up in there, before we had prostitution, we had drugs," McMurray explained.

The initial plans by Sky Real Estate show plans for a $39 million hotel, office space and storage space. Now, the plans show a car wash in place of a hotel.

"So now that we're seeing a car wash and a storage facility planned for a prime piece of real estate in Overland Park, I think we need to take another look at how we are partnering to make sure the community is getting significant benefit from that partnership," Overland Park City Councilman Logan Heley said.

A car wash is something Heley does not want at Overland Parks front door, and he perfers something that more residents would enjoy.

"it'a a gateway to our cit.y I think it's something of a landmark got to be there," he said.

However, some who live nearby, like McMurray, just want anything but what's currently on the lot.

"It's just time something was done, and I think it's awful that the city council wants to think this is a better deal than what we've had before," she said.

"That is a part of our community that really deserves something special, and I hate to see it delayed any further," Heley added.

Developers have until September 30th to demolish the buildings, however, they are asking the city council to delay for a third time.

This project is a private-public partnership, as the developers are asking for several million dollars to help fund the project.