Going 360: As short-term rentals surge in Kansas City, so do pain points with neighborhoods 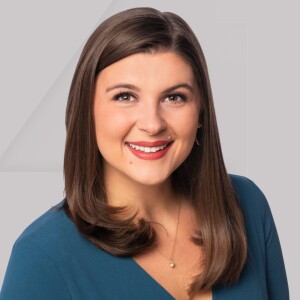 As short-term rentals surge in Kansas City, so do pain points with neighborhoods

Short-term rentals like AirBnB and VRBO have seen a steady increase in users and hosts over the last decade.

In the 2022 second quarter earnings report, AirBnB reported a year-over-year increase in bookings of nights and "experiences."

The company reported strong growth over pre-pandemic levels, proclaiming the second quarter performance as the strongest in company history.

To explore the short-term rental market, KSHB 41 took the topic 360, working with those closest to the issues to get a clearer picture of the issue.

Short-term rental users seek a home away from home

Good friends Kathy and Ruthie traveled from Nebraska for their annual shopping trip in Kansas City.

They opted for a place tucked into the West Plaza Neighborhood, only a short distance from rows of shops on the Country Club Plaza. In need of ample space to store their haut hauls, they booked an AirBnB.

“Just the homey feeling, I guess, is what we like,” said the pair.

Kathy and Ruthie are just two of the 103.7 million people worldwide who booked an AirBnB in the second quarter of 2022.

“To be able to prepare our own dinner, drink our own wine, sit outside in a private space,” they said. “Being able to walk and explore a new neighborhood.”

While on a mid-morning stroll, the duo spotted a few signs stating “Neighbors opposed to short-term rentals in our Community.”

Kathy and Ruthie were curious whether they fell into the “unwanted” category.

“I like it for me as a renter,” they said. “But, if I was the neighbor I could understand.”

Tiffany Watts is a single mother to 14-year-old Naomi. Watts said she started to dip her toes into the world of real estate to support her family.

While recently walking through a short-term rental she owns, Watts' daughter followed closely behind. Naomi said she recognizes the hard work her mother puts into each property.

They gave us a tour of a basement apartment made to feel like a cozy library, a favorite of the pair.

Watts said she makes an effort to bring her daughter into the properties she owns.

Watts is both a realtor and short-term rental owner along with her business partners, who are also single mothers.

Growing up in Liberty, she said each property is a chance to gain more neighbors. Watts said it is important to create a connection to the residents who will be neighbors to their guests.

“Your neighbors were your family,” she said. “I’ve just carried that throughout my career and I think that has been something that sets us apart in the communities.”

Watts said she also monitors noise levels in each rental with a decibel reader.

Loud parties are a common concern KSHB 41 heard from neighbors when researching this story.

Next to Laura Burkhalter’s Southmoreland home in Kansas City, Missouri, she has a mix of renters and owners. Burkhalter’s favorite part of the neighborhood is the melting pot of life experiences.

She feels short-term rentals are not adding to their neighborly atmosphere.

“Where it was a family living there, people living there every day, you know your neighbor, they could keep an eye on this for you,” she said. “Now it’s a stranger every other weekend.”

“We’ve done a great job of trying to connect neighbors with neighbors. That’s why the short-term rental thing is such a bugaboo with me because we can’t connect them if nobody is there.”

“These different folks coming in and out, random intervals. When the parties happen you really don’t know who those people are,” Royals said. “People trying to tailgate into the building after you really doesn’t make you feel safe.”

Royals lives in a multi-family building, closer to the noise of neighbors constantly on vacation. She wanted to have a home of her own, but rising costs are keeping her put.

“I am not trying to start a short-term rental empire,” she said. “I just want to get out of the grind of being a renter and it just feels like you’re competing against these cash buyer, these folks that are trying to expand their short-term rental portfolio. It feels overwhelming and discouraging because you can’t compete.”

Steven May is a realtor with Royal Oaks Realty and a short-term rental owner himself. He said he got into the business of rentals just a few years ago.

“Short-term rentals were around,” he said. “But they weren’t all the buzz they are now adays.”

May has helped other investors buy and sell self-sufficient properties.

“It’s a little different where we are truly buying and selling businesses quote unquote,” May said. “Versus just properties that are vacant potentially.”

May said businesses have to potential to generate double the home’s monthly mortgage.

“Those are one of the best pros I would say of doing the AirBnB in some of these neighborhoods,” May said. “It truly helps the neighborhoods appraisal value, what the house is worth, and creating equity for everybody.”

After someone shot and killed a mother of 8 at a short-term rental party in Overland Park earlier this year, the city council asked to board to audit rentals and come up with a solution.

“We’re not at a spot yet where we are actually implementing that,” Overland Park Communications Manager Meg Ralph said. “We’re going to do some education before police officers are just handing tickets out like candy.”

The city can fine property owners and party goers for violating the ordinance. Overland Park is looking into additional options like licensing rental properties, like other municipalities have adopted.

“We have to get a better sense of where they are and what’s happening in them before we can decide what would be effective for Overland Park,” she said. “Because what is effective in other vacation communities or an area where people are visiting is maybe not true here.”

Ralph said Overland Park residents can report problems with short-term rental properties or to let the city know of a new rental in their area on the city site.

This does not take the place of 911 or their non-emergency number. This is to inform the city of a rental and small issues that are more annoyances than anything else.