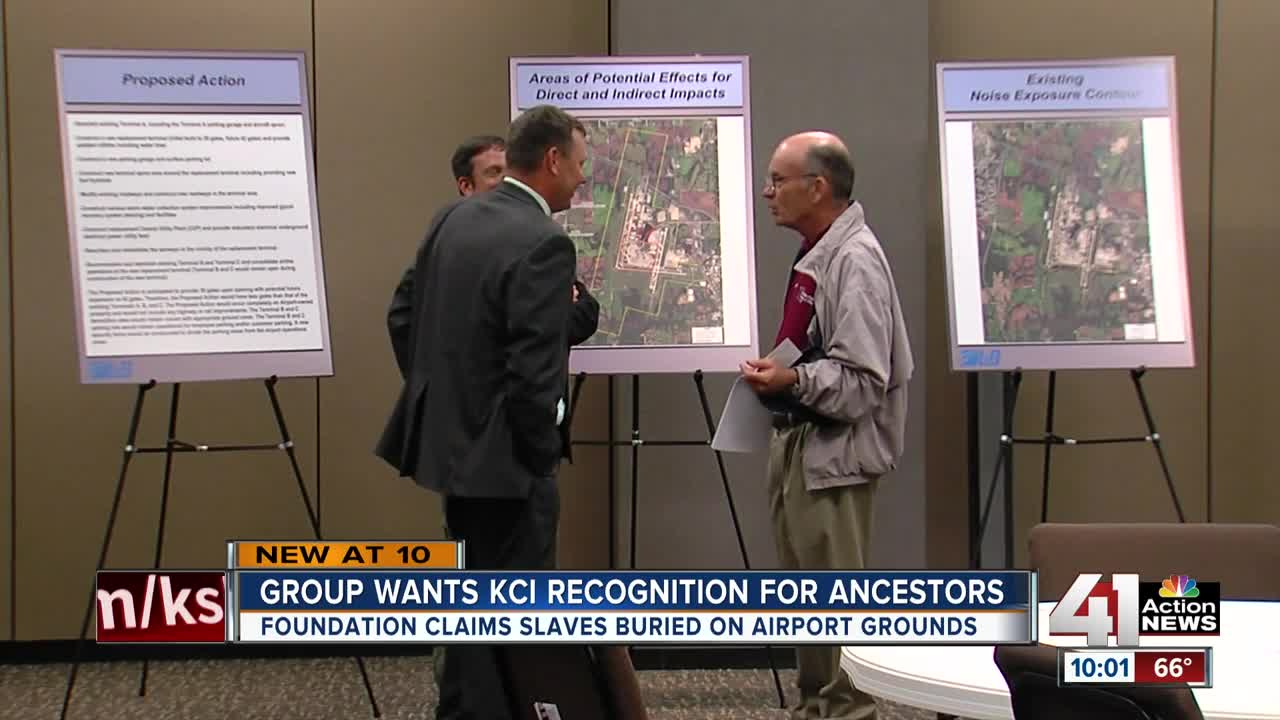 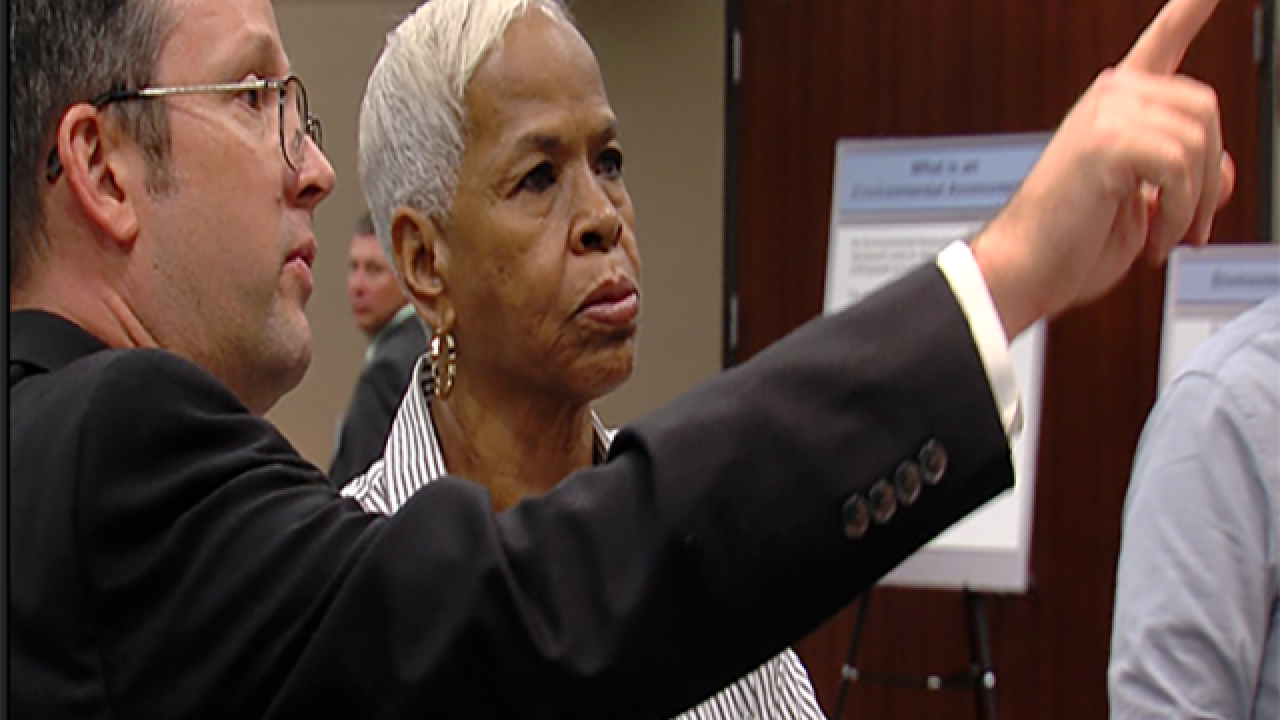 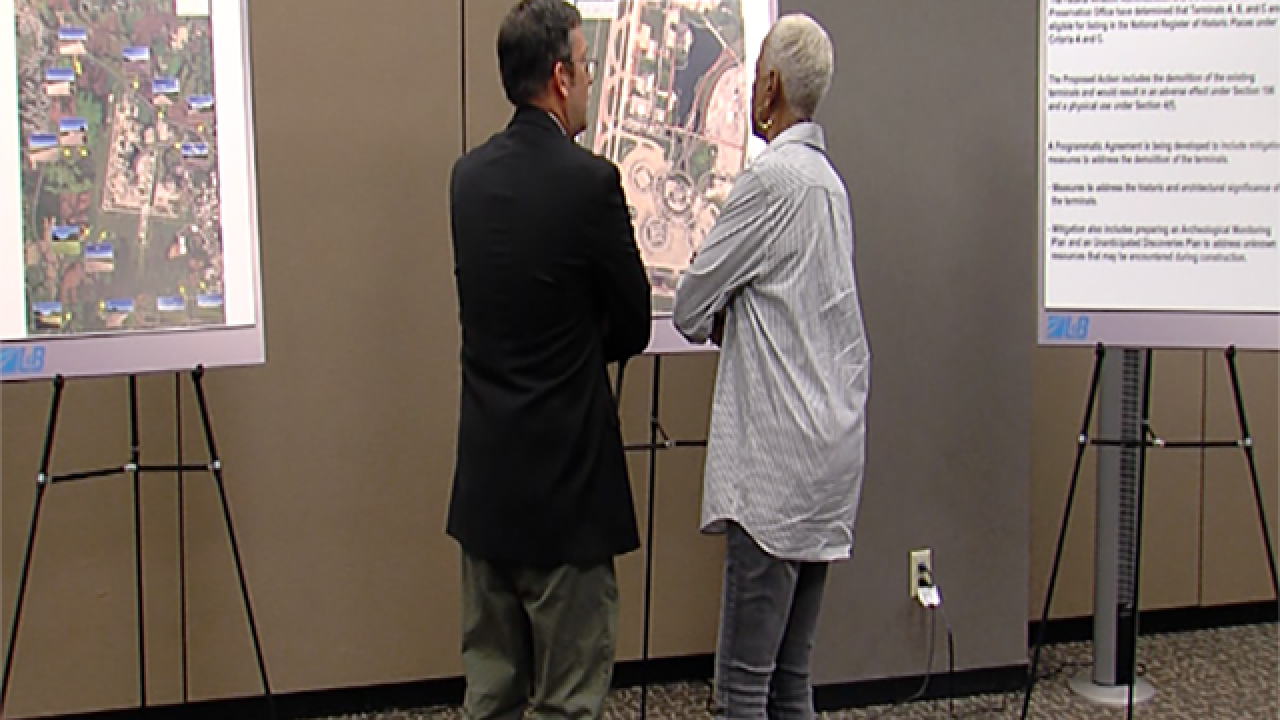 KANSAS CITY, Mo. -- Before plans for KCI’s new airport terminal can move forward, Edgemoor and airport officials must finalize and get approval for an environmental assessment.

Officials hosted a public meeting Monday to get input from the community on the assessment.

Not all residents were on board.

In the hallway, Bruce Watkins Jr. and others put on their own presentation.

“It feels like we are being written out of history,” said Watkins, whose ancestors lived on plantations around KCI. “By saying it doesn’t exist or not documenting its existence, it pretty much writes us out of Kansas City and local history.”

Watkins would like to see the airport acknowledge and recognize this history by including it in the terminal project’s environmental assessment. He’s afraid there are unmarked slave graves near the project.

“African Americans did not have headstones or recorded grave sites and things like that. We have to rely on word of mouth,” he said.

However, airport officials said they have conducted investigations involving archeologists.

According to Meyer, the airport took 150 “core samplings” from the area near the new terminal. Meyer said nothing showed up to warrant concern.

“We are 11,000 acres that the airport sits on, but the terminal project site where terminal A is today is only about 100 acres,” he said. “What will be turned up is actually space that was turned up before when terminals A, B and C were constructed in the late 1960s.”

Before the environmental assessment is finalized, the Federal Aviation Administration and Missouri’s Historical Preservation Office will have to approve.