Guarding your home from lightning strikes

OVERLAND PARK, Kan. – Storms lit up Johnson County early Tuesday morning. Three families are lucky to be alive after their homes are believed to have caught fire from lightning strikes.

Within a matter of minutes, one lightning strike can have your home engulfed in flames.

“Having that advanced of a fire puts us behind the curve when we get there,” said Rhodes.

Rhodes said it’s because fires caused by lightning often start in the attic.

"You generally don't have smoke alarms in your attic, so you don't get alerted as quickly in that case, so they had probably fire burning in their attic above them for quite some time until it finally made its way into the living space,” said Rhodes.

"As far as you know, lightning-proofing your house, I just don't know that there's a magic bullet for that,” said Rhodes.

Homeowners can have lightning rods installed on their homes, but because lightning does not travel in patterns, Rhodes said they might not work.

"We've seen it hit objects outside the home and travel through wires or pipes, anything that connects to the home, and get into the home that way,” said Rhodes. 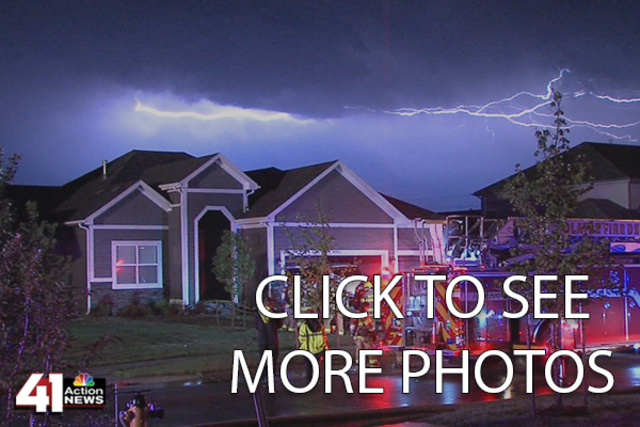 The best thing to do to protect yourself, loved ones and property, is to have a safety plan and working smoke alarms.

"Have and maintain working smoke alarms, that's crucial, that's number one. That early warning is the most important thing that's going to get you out safely. Number two, have a fire escape plan and have a meeting place, practice that and make sure everybody in the home knows it,” said Rhodes.

Rhodes said most tragedies happen when there are no working smoke alarms in the home. Smoke alarms should be tested once a month, and batteries should be changed at least twice a year.