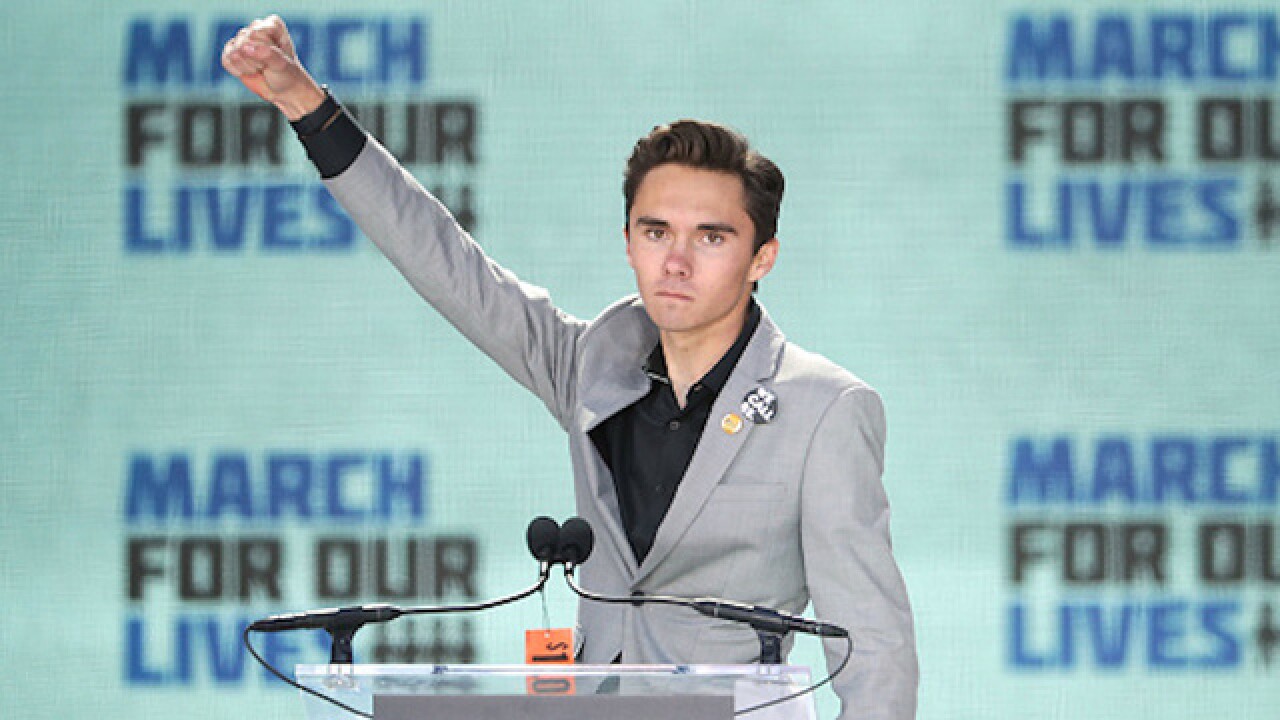 Image copyright 2018 Getty Images. All rights reserved. This material may not be published, broadcast, rewritten, or redistributed.
Chip Somodevilla
<p>WASHINGTON, DC - MARCH 24: Marjory Stoneman Douglas High School Student David Hogg addresses the March for Our Lives rally on March 24, 2018 in Washington, DC. Hundreds of thousands of demonstrators, including students, teachers and parents gathered in Washington for the anti-gun violence rally organized by survivors of the Marjory Stoneman Douglas High School shooting on February 14 that left 17 dead. More than 800 related events are taking place around the world to call for legislative action to address school safety and gun violence. (Photo by Chip Somodevilla/Getty Images)</p>

The University of Kansas Political Science Department will host “David Hogg: Putting the USA over the NRA: What we must do to end gun violence” from 7:30 to 9 p.m. on Nov. 8 at the Lied Center of Kansas, 1600 Stewart Drive in Lawrence.

“Passionate in his advocacy to end gun violence, David's mission of increasing voter participation, civic engagement and activism embraces a range of issues,” the Political Science Department said in a Facebook post about the event.

The Marjory Stoneman Douglas mass shooting is the worst at a high school in U.S. history.

Led by Hogg and other former students from the school, it spawned backlash against the gun industry, the National Rifle Association and political inaction to curb the problem.

Hoog co-founded March for Our Lives in the aftermath of the mass shooting.

The event, which will include a Q&A session and book signing, is free and open to the public courtesty of the Clifford P. Ketzel Fund.