'Have you seen this child?': Volunteers canvass Kansas City to find missing kids 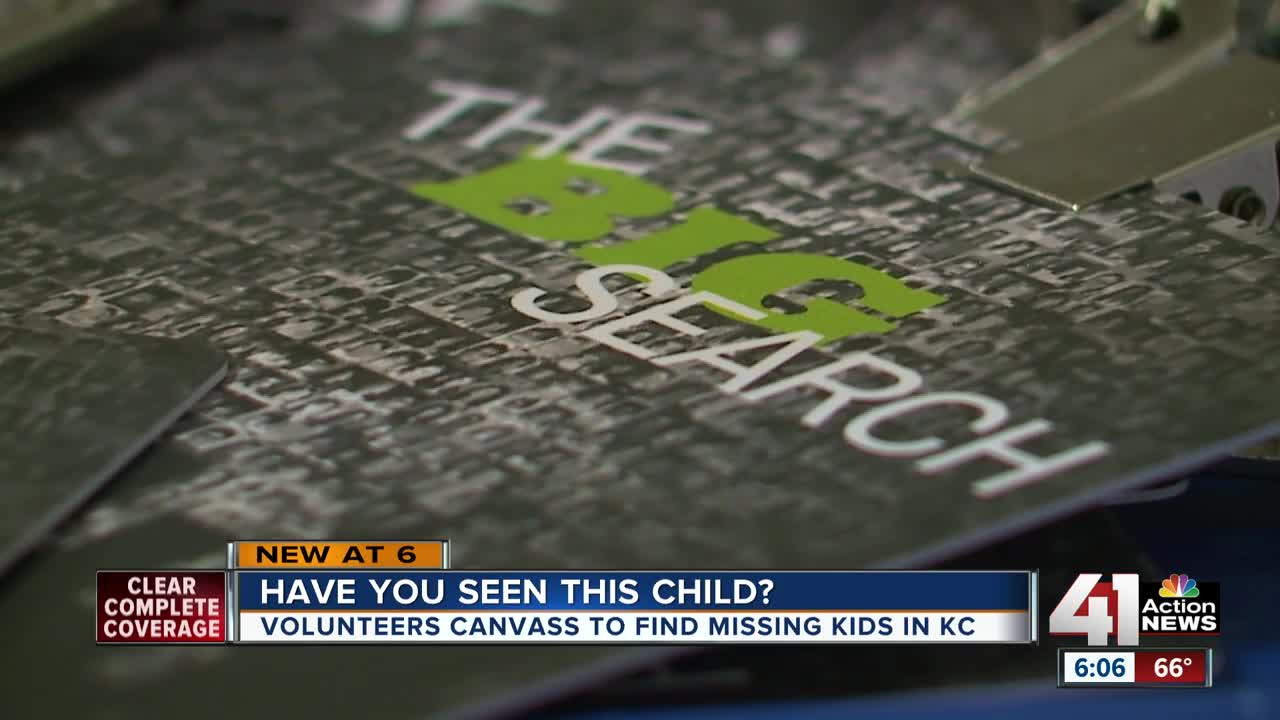 Volunteers are handing out booklets around the metro all weekend with pictures of missing children to spread awareness in The Big Search KC. 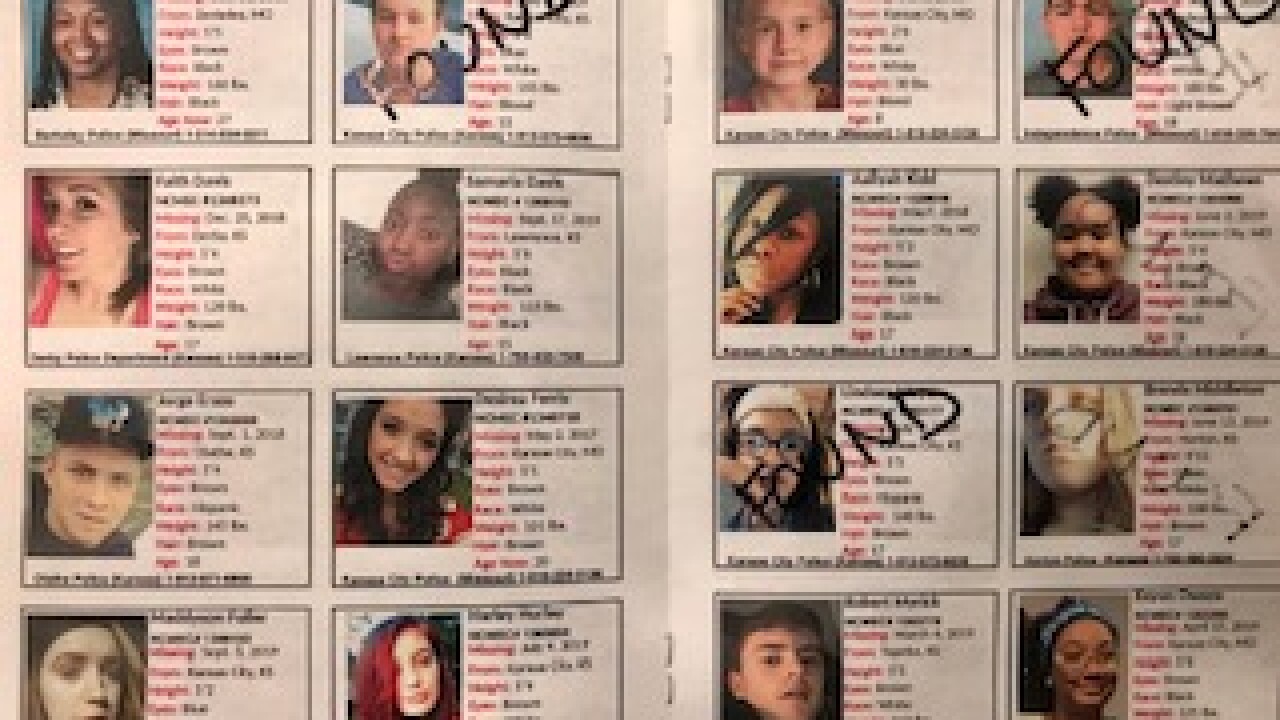 KANSAS CITY, Mo. — Volunteers are canvassing trying to spread aware missing children in the metro this weekend for The Big Search KC.

They will go from business to business handing out booklets with the pictures and information of 32 missing children and teenagers.

Since Thursday, volunteers and local agencies have found nine of the children on the list including: Aaron Cote, Lindsey Maya, Neil Karr, Maria Resendiz-Zaragosa, Serenity Meyer and Emie Simpson.

Brad Dennis, who helped found The Big Search, said none of the children they found were in extreme situations, but they still are vulnerable.

After children are found, they're connected with social services and a caseworker.

However, Dennis said some of the children on the list are in extreme situations. They might be being abused, forced to perform sexual services or have been deceived to believe they are performing those services willingly.

"There’s a story behind each and everyone of those children in the book," said Dennis.

A few of the missing from previous years turned up on The Big Search list again this year.

Desirea Ferris, now 20, has been missing out of Liberty since May 2017. She was picked up from a house in south Kansas City and has not been seen since. Her family said her phone shut off in the early morning hours of May 2.

Aaliyah Kidd, now 17, has been missing since March 2018. Police say her family is in contact with her from time to time. On Friday, Dennis said they have many leads on Kidd and someone spotted her in Kansas City a couple weeks ago. She is one of the cases they are focusing on.

Lisa Irwin, dubbed “Baby Lisa,” also is on the list. She would be eight years old. Irwin went missing from her North Kansas City home in 2011. No one has been arrested.

The Big Search located four missing teens in 2018 and generated dozens of leads.

See the 2019 booklet by clicking here.