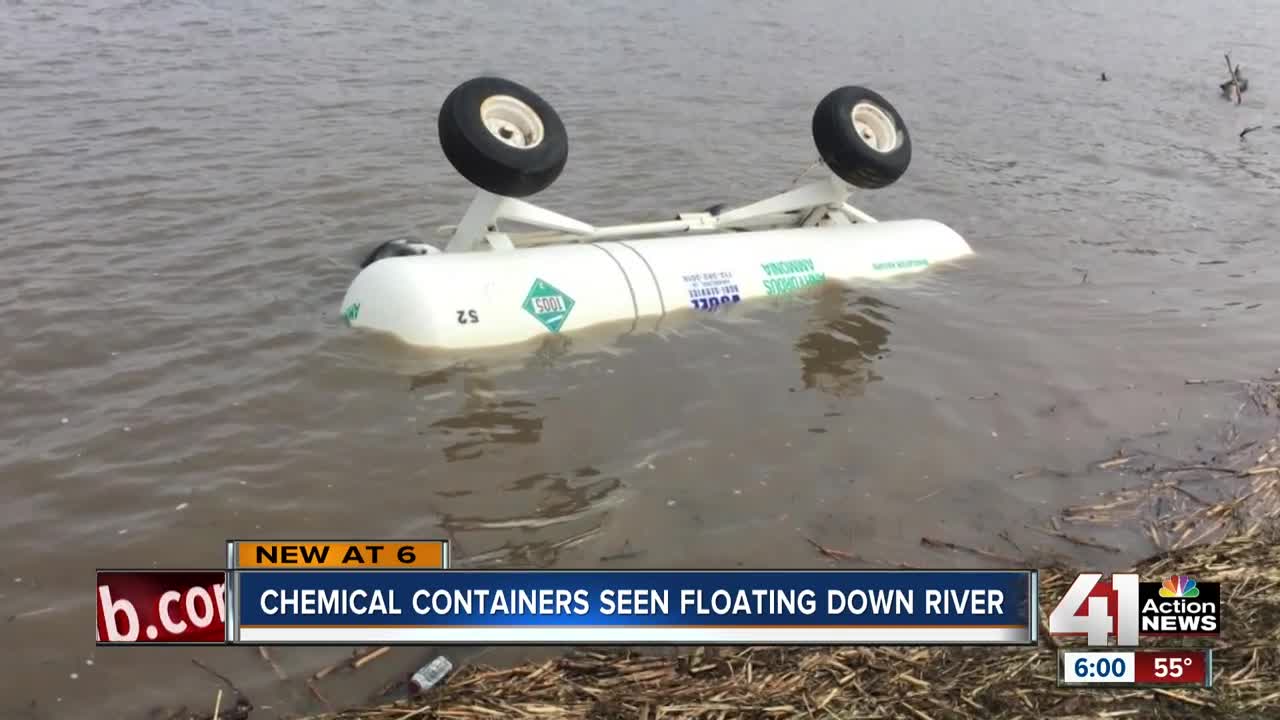 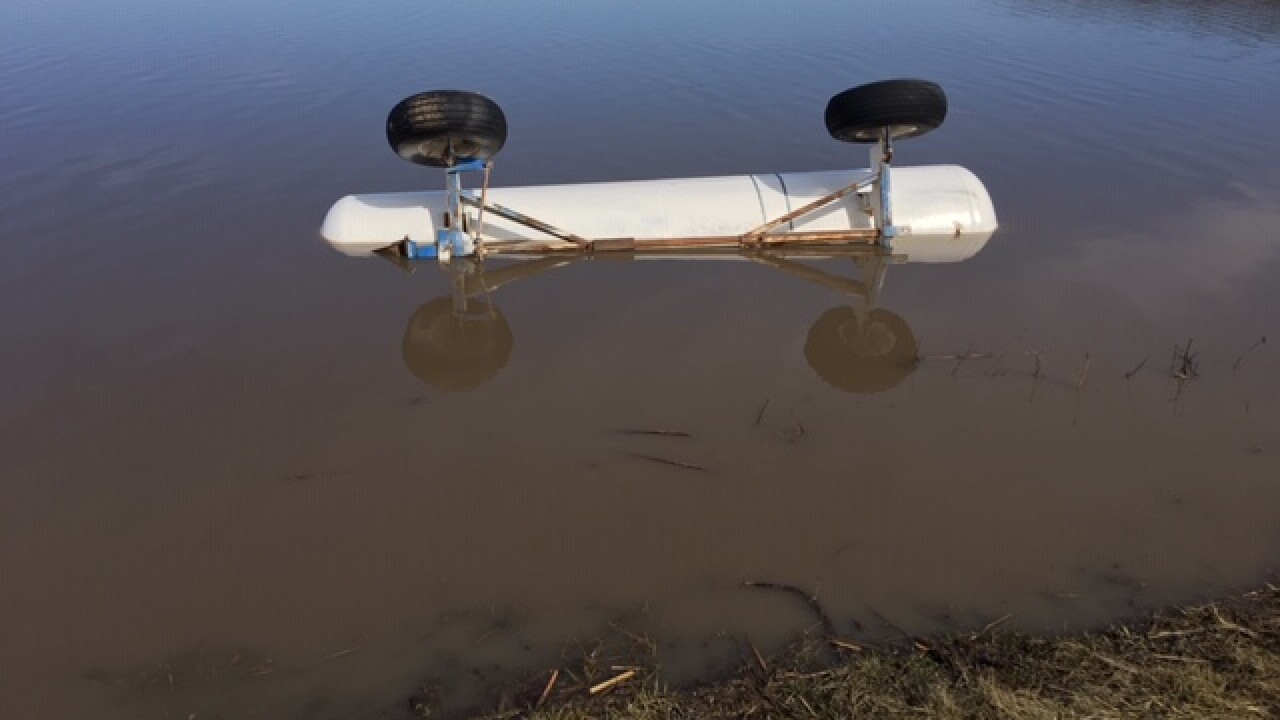 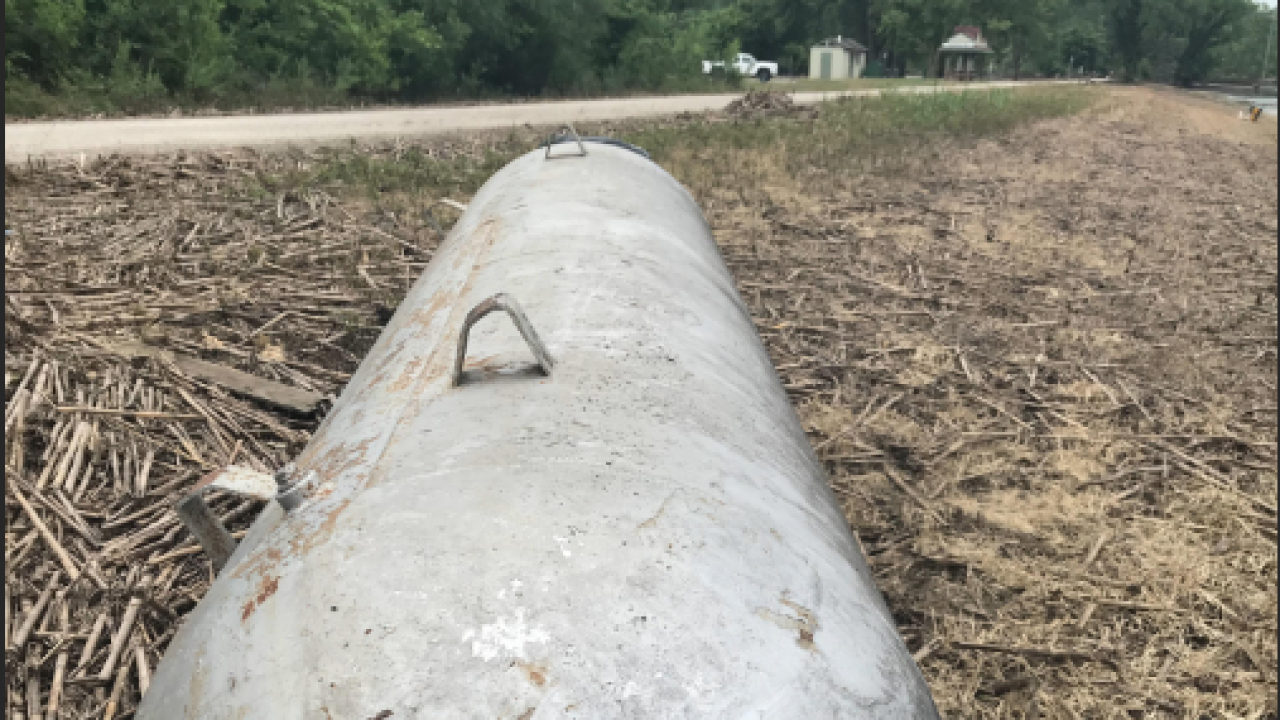 KANSAS CITY, Mo. — The Department of Natural Resources is asking people to be on the lookout for containers of all sizes floating in the Missouri River. Many of them contain hazardous materials.

Stephen McLane, Department of Natural Resources environmental scientist, said the containers are believed to be from Iowa and Nebraska and likely were swept away during spring flooding.

"We had a lot of flooding in Missouri, but we knew our flooding was coming," McLane said. “The folks in Iowa and Nebraska had little to no notice.”

The agency has collected more than 740 containers this year. They range in size from small buckets to 500,000 gallon tanks. Many have diesel fuel, pesticides or ammonia inside.

Stefan White, Friends of the River president, said that goes to show how historic this spring's flooding was.

"It was a pretty incredible year of just water levels across the entire state and the region," White said.

A lot of work goes into keeping the river clean, according to White, so it is disappointing to hear thousands of gallons of chemicals are floating down it. White said there always is the risk that containers will hit something like a bridge or boulder.

"You run the risk of hairline fractures in that metal and some of that stuff leaking out or becoming exposed," White said.

McLane said the agency is reaching out to the agriculture and hunting community to help locate any of the remaining containers.

The agency also is working to locate the containers' rightful owners, but he said it is a challenge because many of them do not have contact information written on them.

"If you do live in a flood plain and you have agricultural or hazardous materials, put your name on the containers," McLane said.

It is important, according to McLane, that anyone who sees a container does not touch it or get it out of the river. They should instead call the agency's spill-line at 573-634-2436.