Healing Chair a 'game changer' for some breast cancer patients 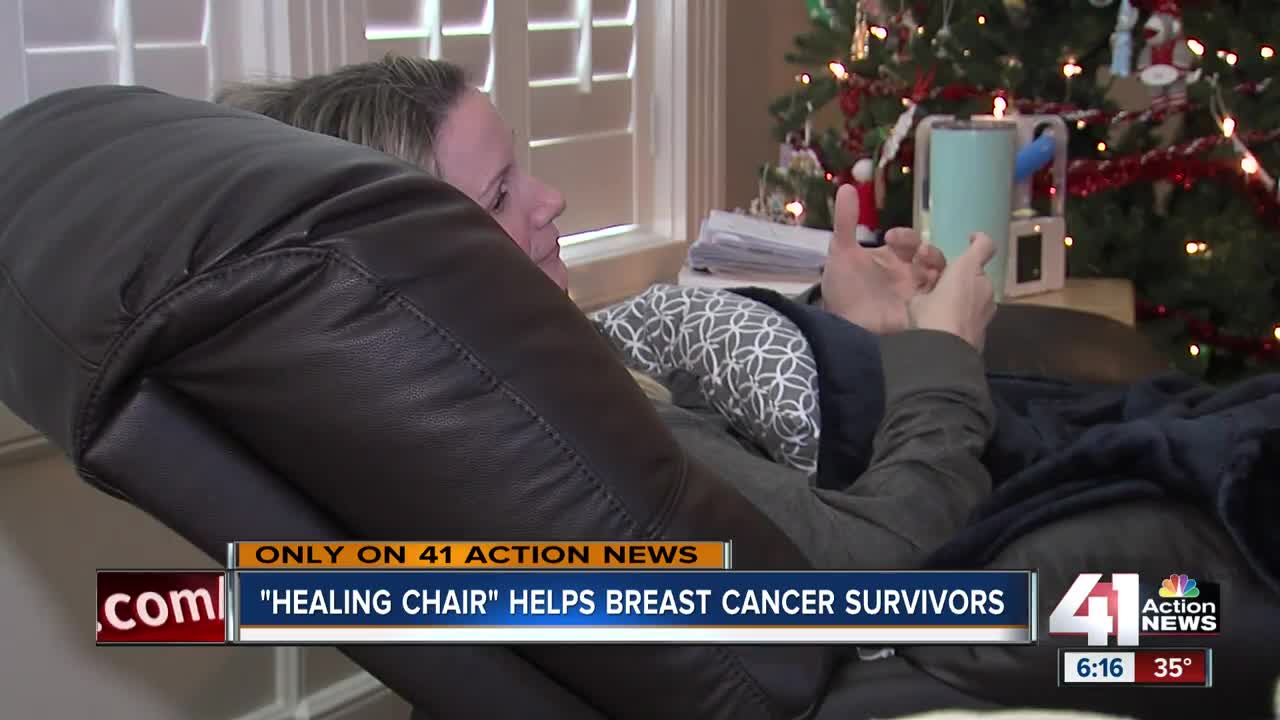 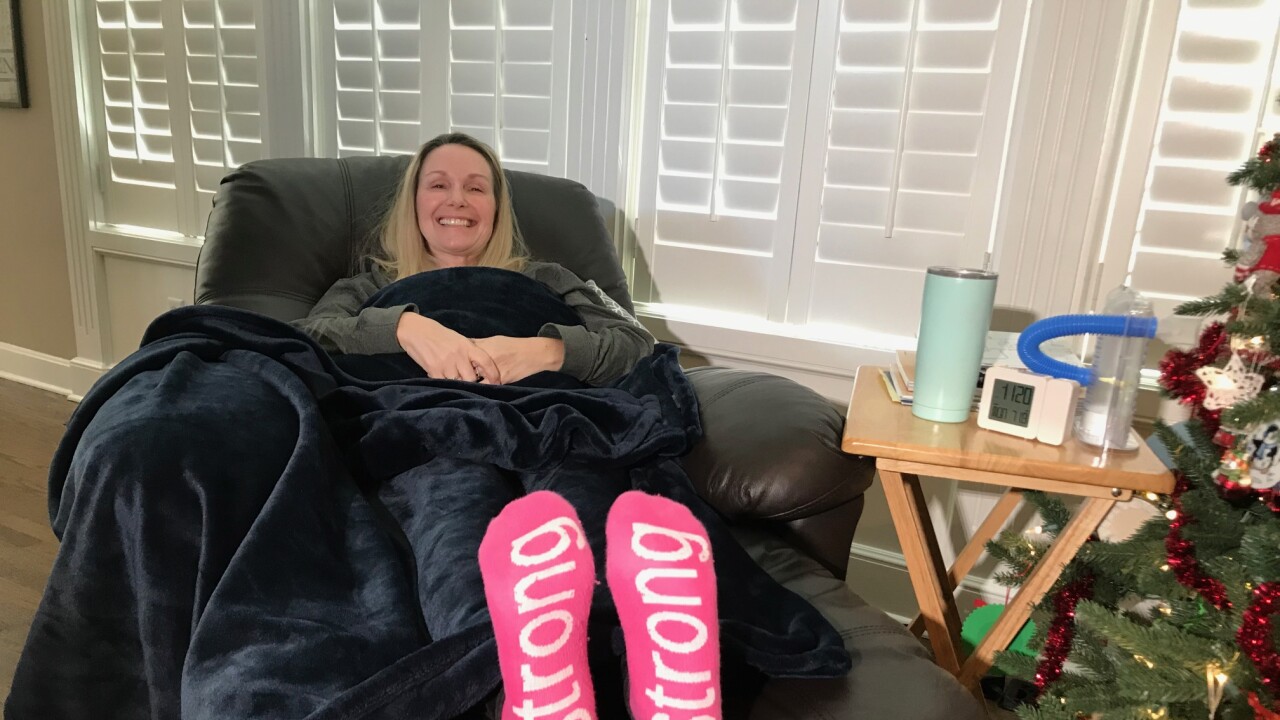 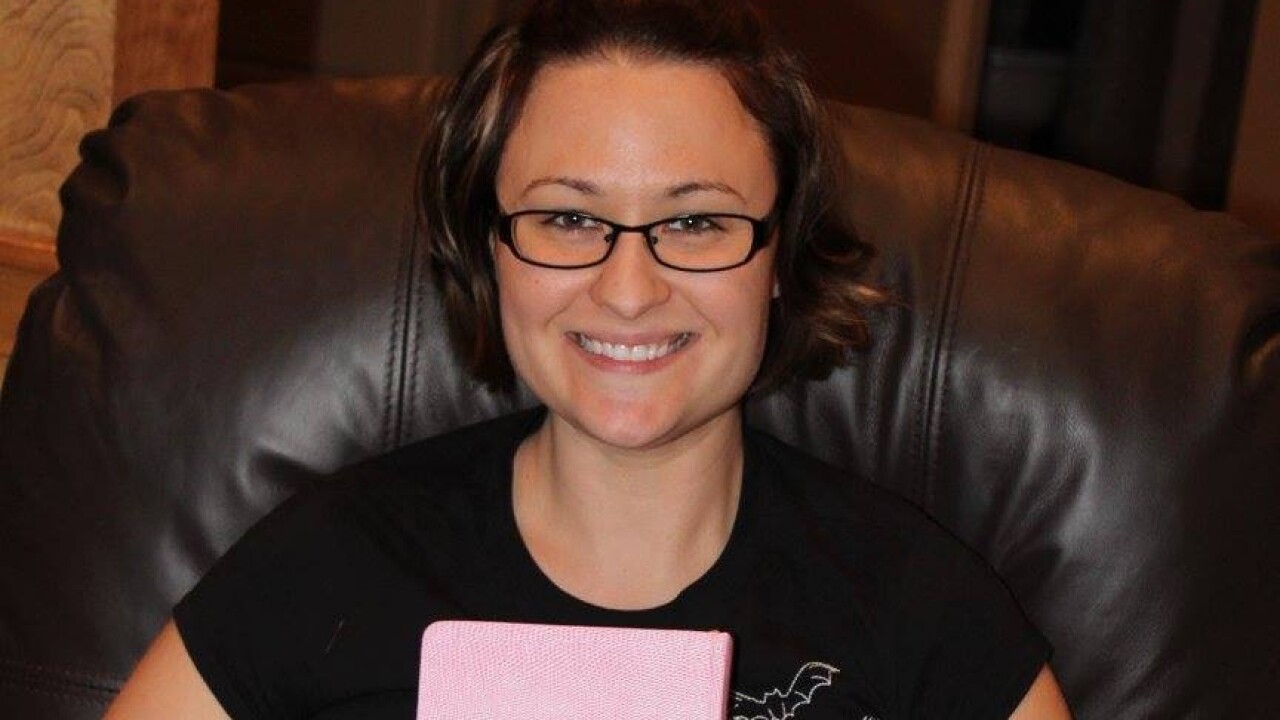 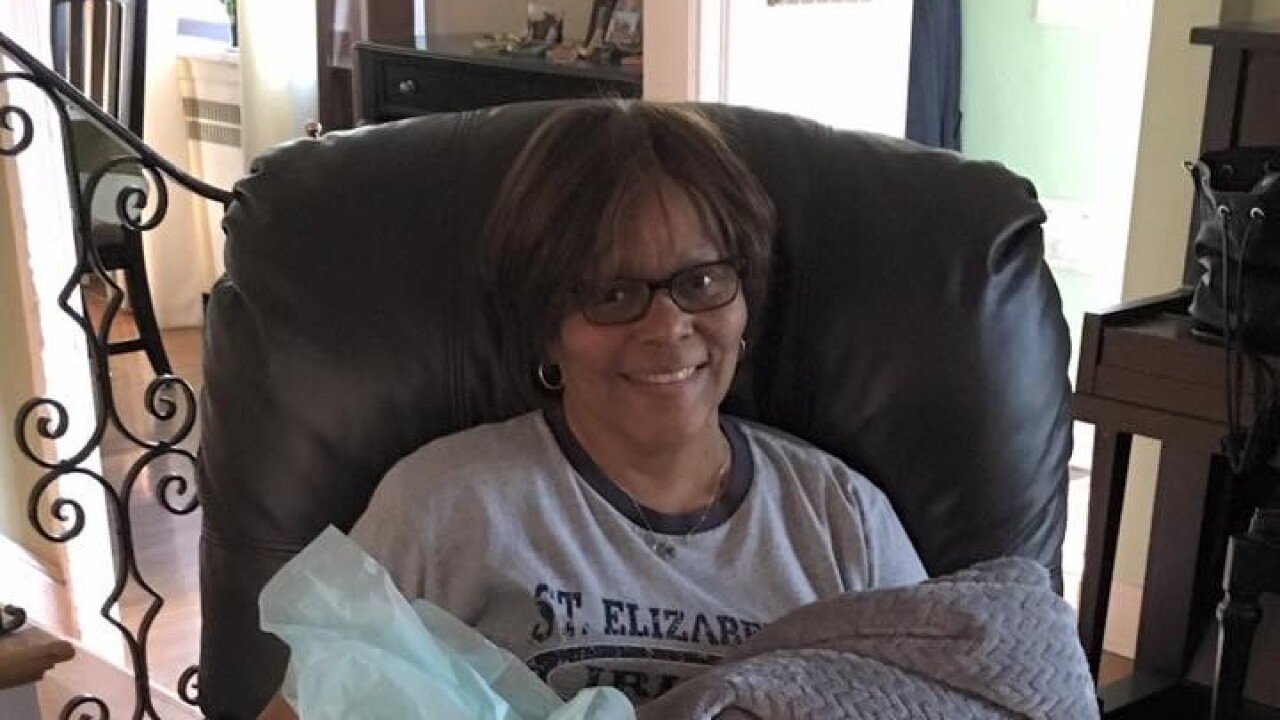 LEAWOOD, Kan. — Angela Grojean is a mom with four active children between the ages of 8 and 16. She's always on the run. But something stopped her in her tracks last month and changed her life forever.

She woke up in the middle of the night and couldn't fall back asleep. Tossing and turning, she decided to pray, and a thought came into her mind to do a breast self-exam.

"How bizarre, because I can count the number of times I've done one in my life. Less than five, because I was always good about getting a mammogram," Grojean said.

But early that morning, she found a lump under her right breast, "like a peanut M&M," she said.

She had a physical already scheduled that week, and at the appointment, her doctor agreed the lump was suspicious. Within only a few days of finding the lump, she got a call from her nurse. It was breast cancer, and it was malignant.

"I don't really know if I can even explain how I felt. I just kind of was stunned," she said.

After receiving the diagnosis on Nov. 13, the next weeks were a whirlwind of appointments and emotions. She learned she would need to have both breasts removed, a surgery that would have to happen quickly. She would also need chemotherapy and would likely lose her hair.

Grojean cried as fears rushed through her mind. "My first fear was, 'Am I going to live?'" she said.

The surgery was scheduled for Dec. 10, about four weeks after she found the lump. In the days before the procedure, she became focused on a new fear. Not only did she have cancer that required a double mastectomy and chemotherapy, but the surgery meant that she wouldn't be able to lie flat on her back for four to six weeks.

The mother of four said she felt silly admitting it, but she cried when she thought about not being able to sleep.

So she prayed about it, spending some time in the adoration chapel at her church. One night, she decided to give the problem to God, she said. With her face tight from tears, she walked out of the chapel and got into her car. Before starting it, she checked her phone. Someone had texted.

The text read, “GAME CHANGER!!!! Check out the Healing Chair!”

Grojean sat in the parking lot — she said she doesn't know for how long — and read about the chair. Then she cried some more, because she believed she had found the answer to her prayer.

The Healing Chair, a nonprofit with a chapter based in Kansas City, has 35 mechanical, leather recliners that can lift a patient to a standing position and help them recline safely to rest and sleep. The chairs are remote-controlled.

Women agree these chairs really are "game changers" for those recovering from mastectomy surgery because it helps them recline and stand with just the push of the button.

Grojean's chair was delivered a few days before her double mastectomy. Within a week of her surgery, she still couldn't sit up or stand on her own. Her muscles were too weak. But the Healing Chair was making life much more bearable.

"Because (one effect of) having this kind of surgery is you can't use those muscles, so look at me go," she said with a chuckle as she pressed the button and felt the chair shift her into position.

Each Healing Chair has a name, which the sponsoring company chooses. Grojean's chair is named "Monarch" because it was donated by Monarch Plastic Surgery in Kansas City.

A journal also comes delivered with the chair. It carries stories and thoughts from women who have used the chair before. Grojean said that reading the stories of other women takes her away from her own story for a short time.

"When you read really what's going on, you think outside yourself. That's not you. But, it is you," she said.

Grojean is scheduled to keep the chair for four to six weeks. Then it will travel to the next woman who needs it, along with the journal and Grojean's story.

Currently, Grojean said her prognosis is good, and she looks forward to beating cancer. She's still holding onto something her sister told her right before her surgery: "Today is the first day of a new chapter of your life. And I think that's pretty cool."

About a dozen women are on The Healing Chair's list to receive chairs in January and February. To learn more about the organization, visit its Facebook page.