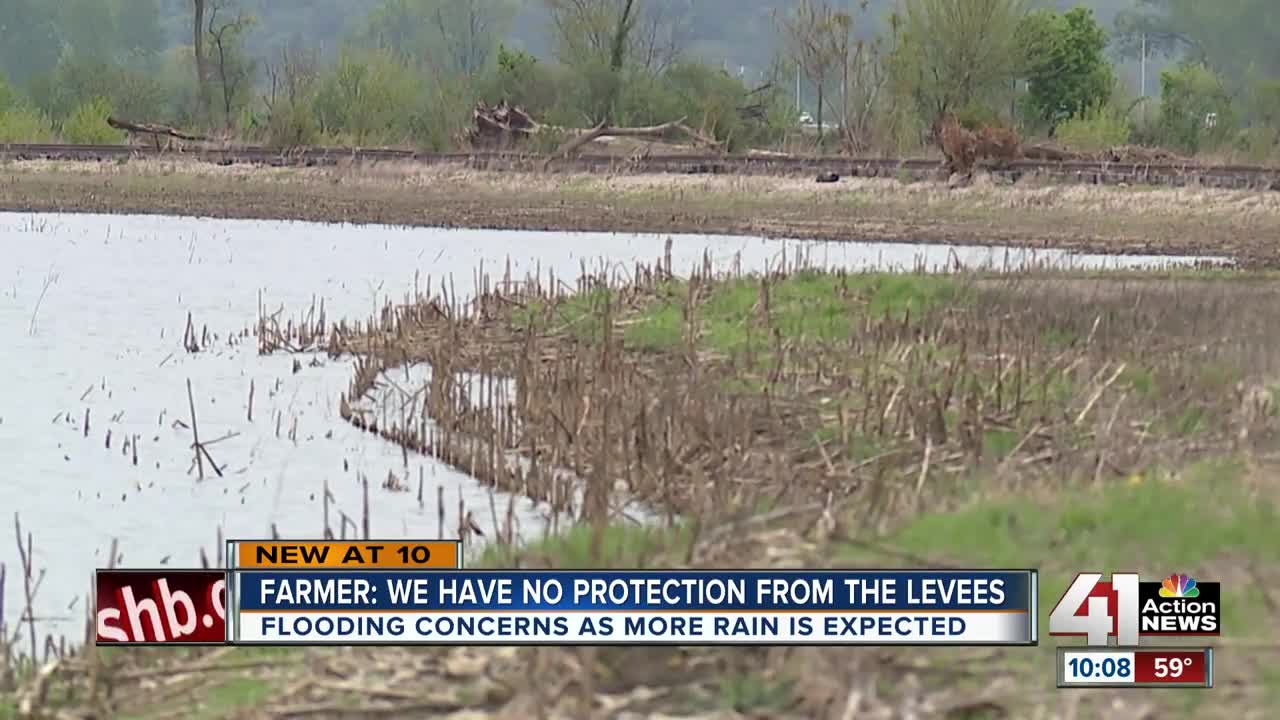 Heavy rain and storms this week are adding to concerns for areas already hit hard by historic flooding along the Missouri River in March. 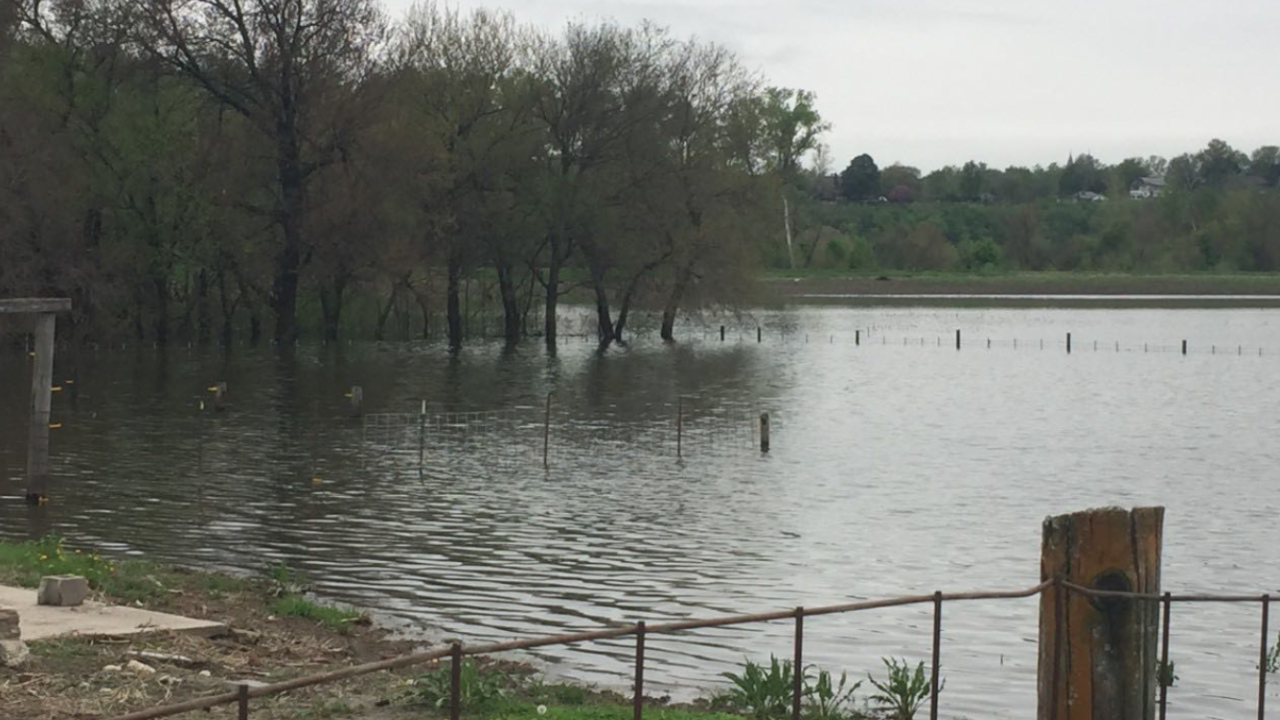 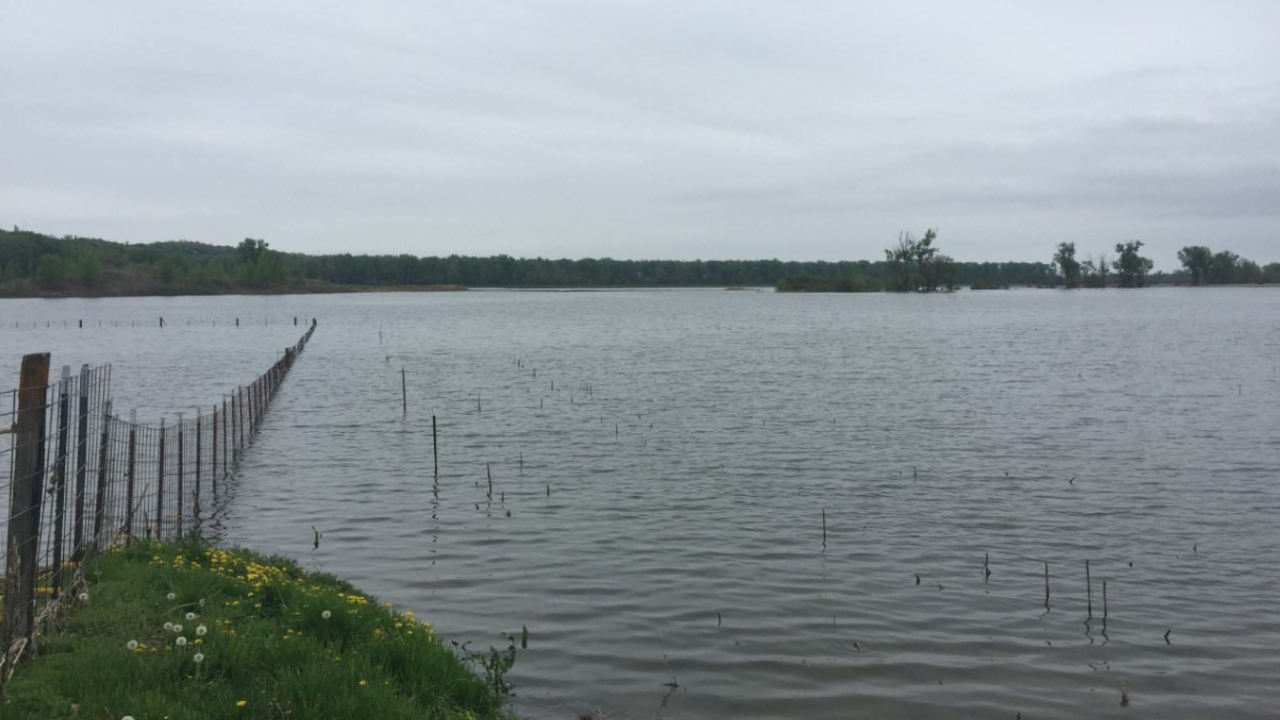 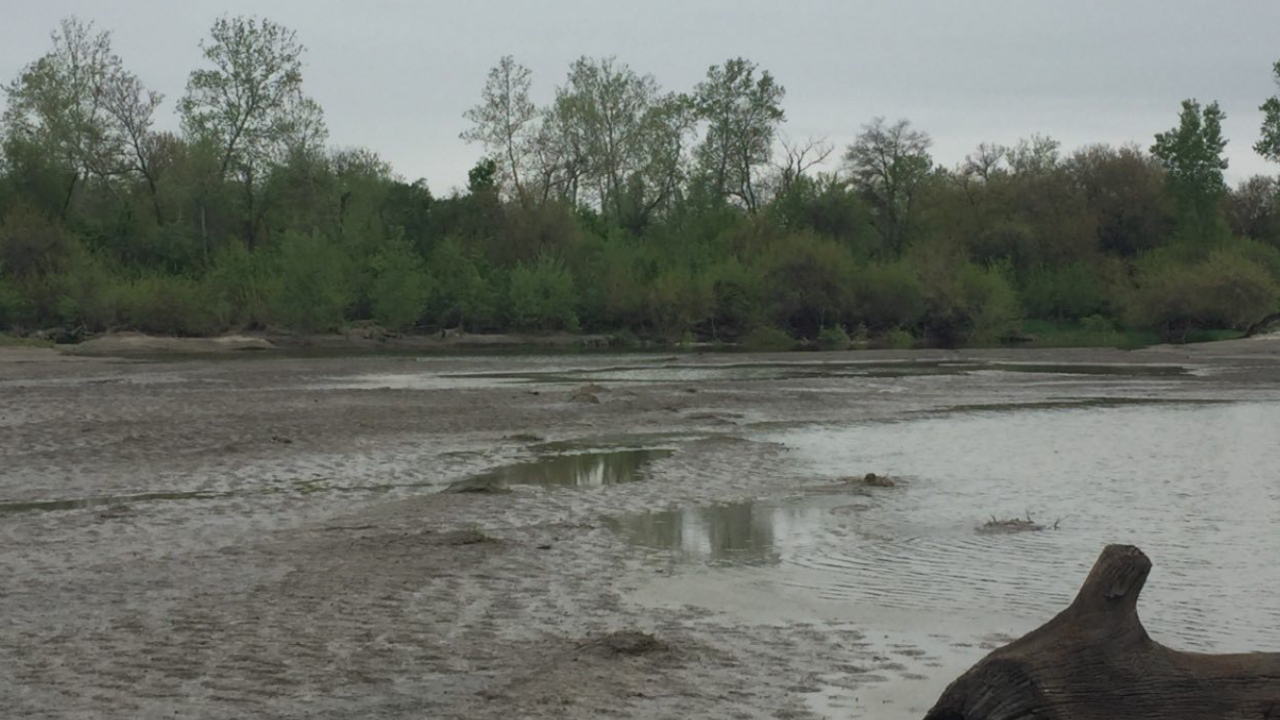 WINTHROP, Mo. — Heavy rain and storms this week are adding to concerns for areas already hit hard by historic flooding along the Missouri River in March.

Winthrop, Missouri, received another three inches of rain during the last few days, turning some cornfields in the area into shallow lakes.

For farmer Lanny Frakes, who lives in Rushville and is a member of the Missouri Levee and Drainage District Association, the extra water this week is a sign that things could get worse before they improve.

“We’re always fearful of what’s going to happen next if we get rainfall events upstream,” Frakes said. “We have no protection from the levees now. Our lands, properties, businesses and homes are all still very vulnerable.”

At one farm Frakes showed 41 Action News on Wednesday, several feet of water had overtaken hundreds of acres of land after a levee break several weeks ago.

A large mound of sand carried in by the Missouri River formed an island in one part of the property, where many of the cornstalks were underwater.

With Missouri River levels expected to be high again this week, Frakes said flooding was wiping out farmland during a critical time of the year.

“Planting season is pretty much over by the end of June,” he said. “I don’t think the time frame will allow us to plant a lot of the lands this year. You’re going to have a total loss of income this year from not being able to plant.”

With rain renewing flooding worries in Missouri and Kansas, Congress continued to debate a disaster relief deal for the Midwest on Wednesday.

After a recommendation from Missouri Gov. Mike Parson, counties hit hard by flooding could receive a federal disaster declaration and access to emergency resources, including possibly billions of dollars in aid.

“The scale and scope of these events have clearly overwhelmed local governments and overwhelmed county governments,” he said Wednesday in a speech to lawmakers. “The assistance that would be impacted by this would be vital. It’s important and we need that kind of assistance now.”

“We’re anxiously awaiting some relief,” he said. “We have to get these levees back. If we get a large rainfall event and the river comes up three or four feet, these breaches are going to take in more water and we’re going to have more flooding”

The disaster relief bill remains in committee, so Frakes and others in flooded and rain-soaked areas will simply wait for relief — from Mother Nature or Uncle Sam.

“Things are just on hold in some cases,” he said.