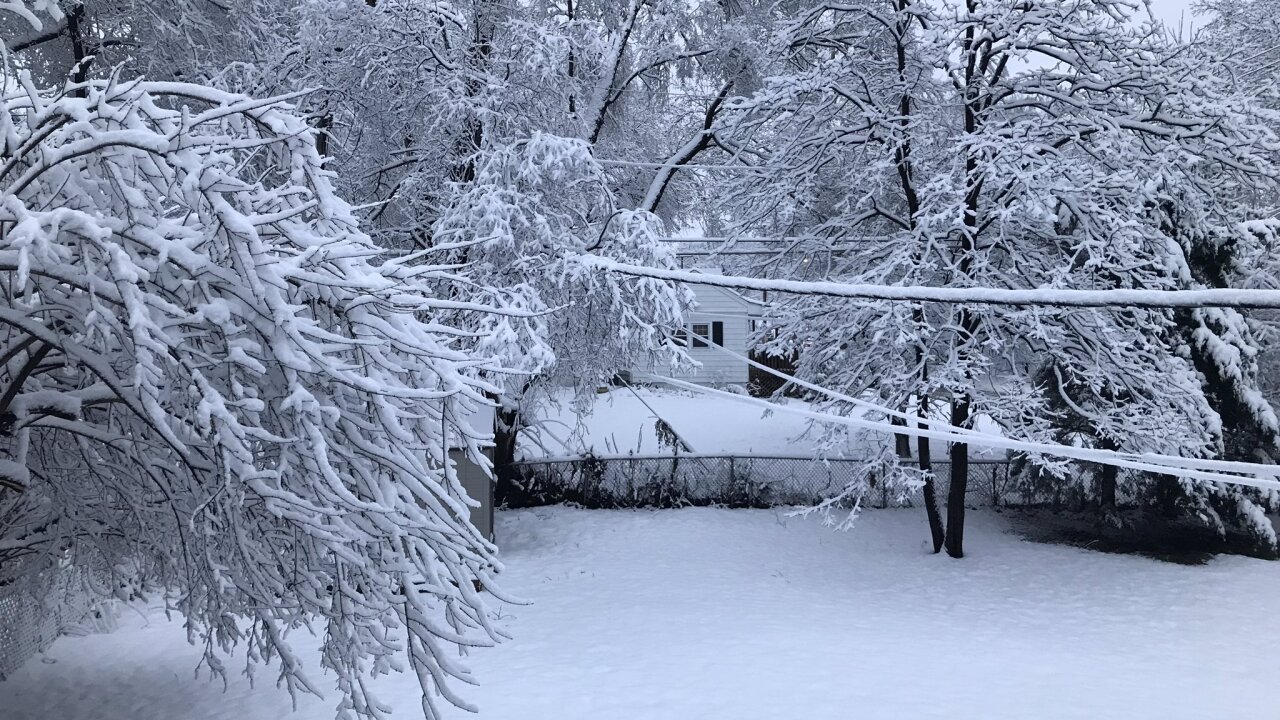 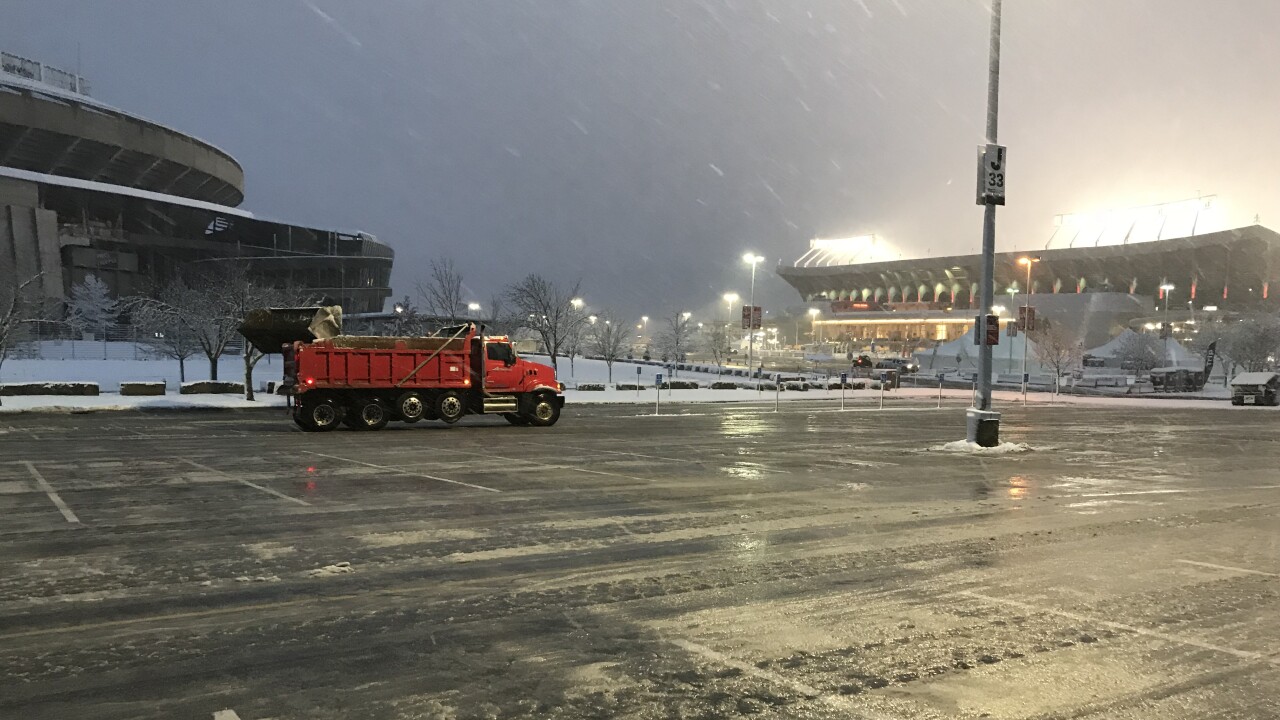 Kansas City Power and Light reported around 99,000 customers were without power as of 7:30 p.m. Saturday. The wet, heavy snow meant that the impact to customers was similar to an ice storm, a spokesperson said.

Crews were called in from Westar Energy in Kansas, Empire District in Joplin and Mid-America Energy in Iowa to help restore power to customers.

The Board of Public Utilities in Kansas City, Kansas reported more than 1,800 customers without power on Saturday evening. Westar and Independence Power and Light also reported outages.

Area road crews worked throughout the night to clear roads ahead of Saturday’s Chiefs game.

You can monitor crews' progress online:

The Kansas City Symphony canceled its Saturday concert, "Russian Romantics: Tchaikovsky and Glazunov," due to the weather. A spokesperson said the value of tickets can be applied to the concert at 2 p.m. Sunday or toward "nearly any future concert."

Libraries in Johnson County delayed their Saturday opening until 10 a.m.