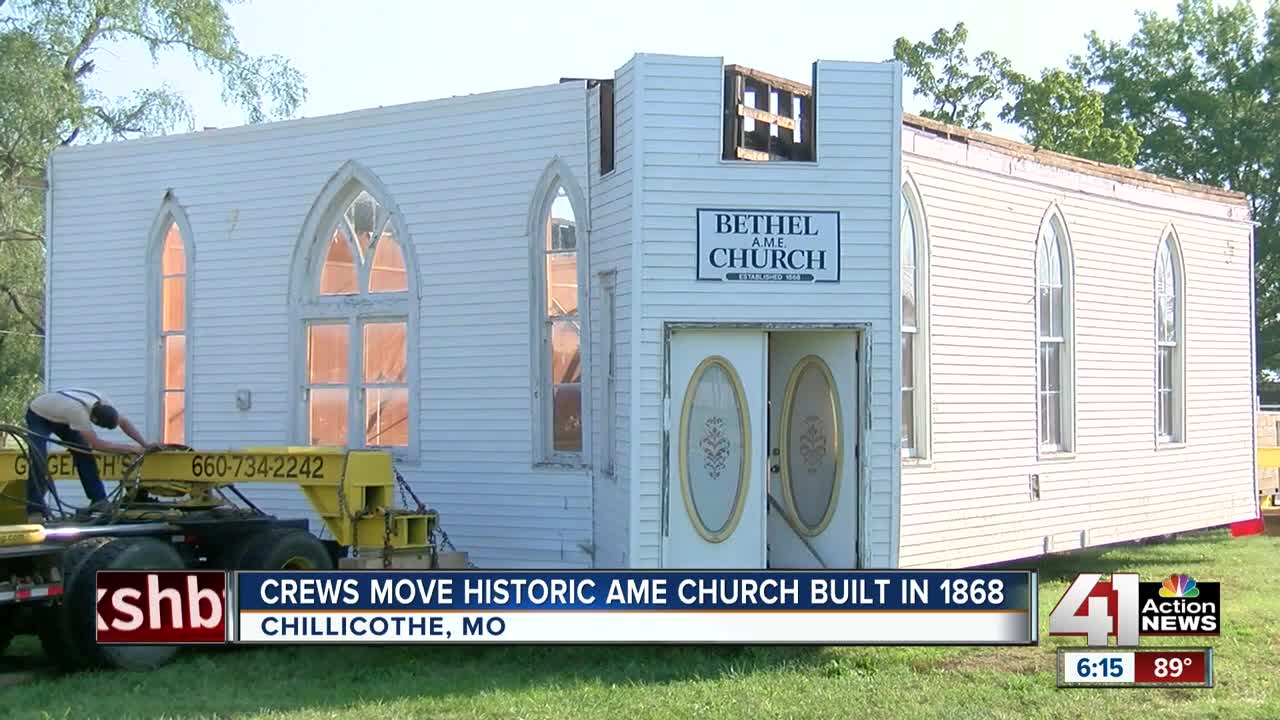 A Chillicothe church has sat vacant for nearly 10 years. Instead of tearing it down, crews worked to move the 41-foot tall church through town Tuesday. 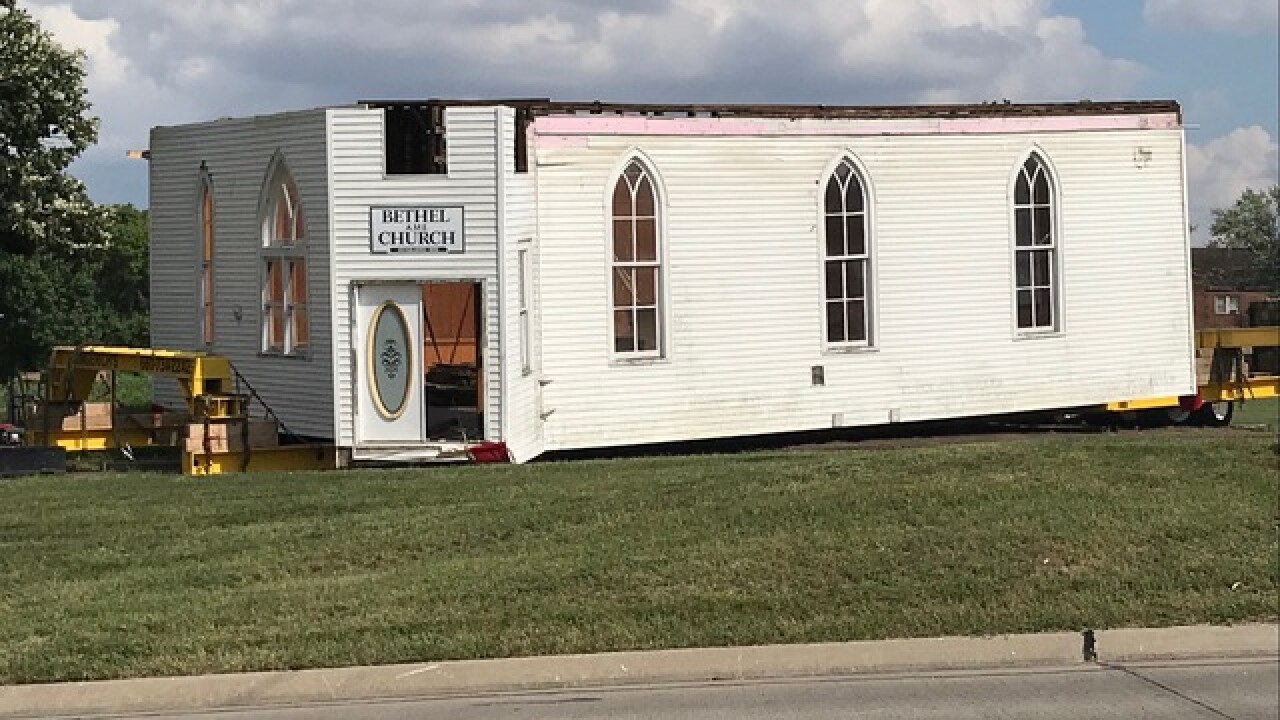 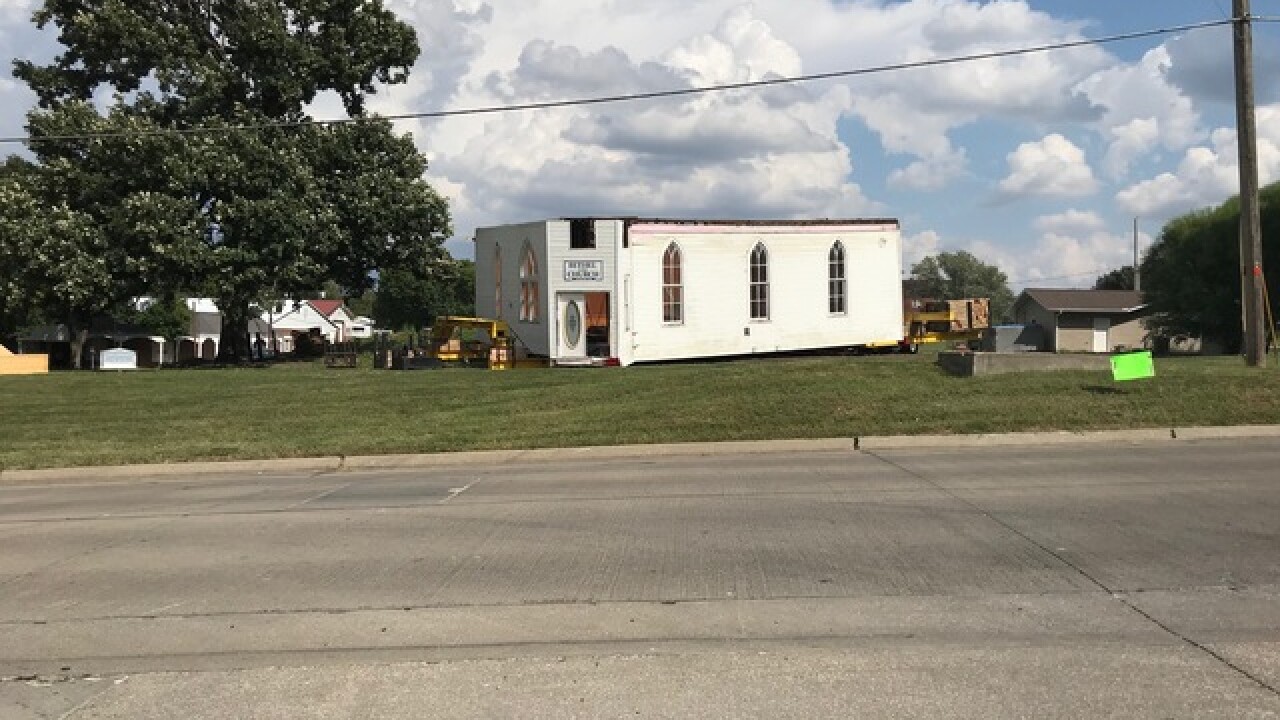 CHILLICOTHE, Mo. – A Chillicothe church has sat vacant for nearly 10 years. Instead of tearing it down, crews worked to move the 41-foot tall church through town Tuesday.

More than a century after its construction, the African Methodist Episcopal Church was moved just a few miles down the road.

In 1868, the AME Church was built in Chillicothe. It’s believed to have been the first of its kind located north of the Missouri River post Civil War.

Rinehart has lived in Chillicothe his entire life. His daughter now owns the property the church has been sitting on. After deciding to donate the church to the Grand River Historical Society Museum , it had to be moved.

Clingerman said it cost $127,000 to move the church just two miles across town. The museum is still working to raise $55,000 to pay for the move to McNally Street.

“I have grants written so that we can get the interior of the church to get put back as close to original as possible,” said Clingerman.

The first task was getting the church to its new location. The second will be to raise enough money to restore it, which Clingerman hopes can be done in the next year.

There’s a GoFundMe page to help raise money for the restoration of the AME Church.