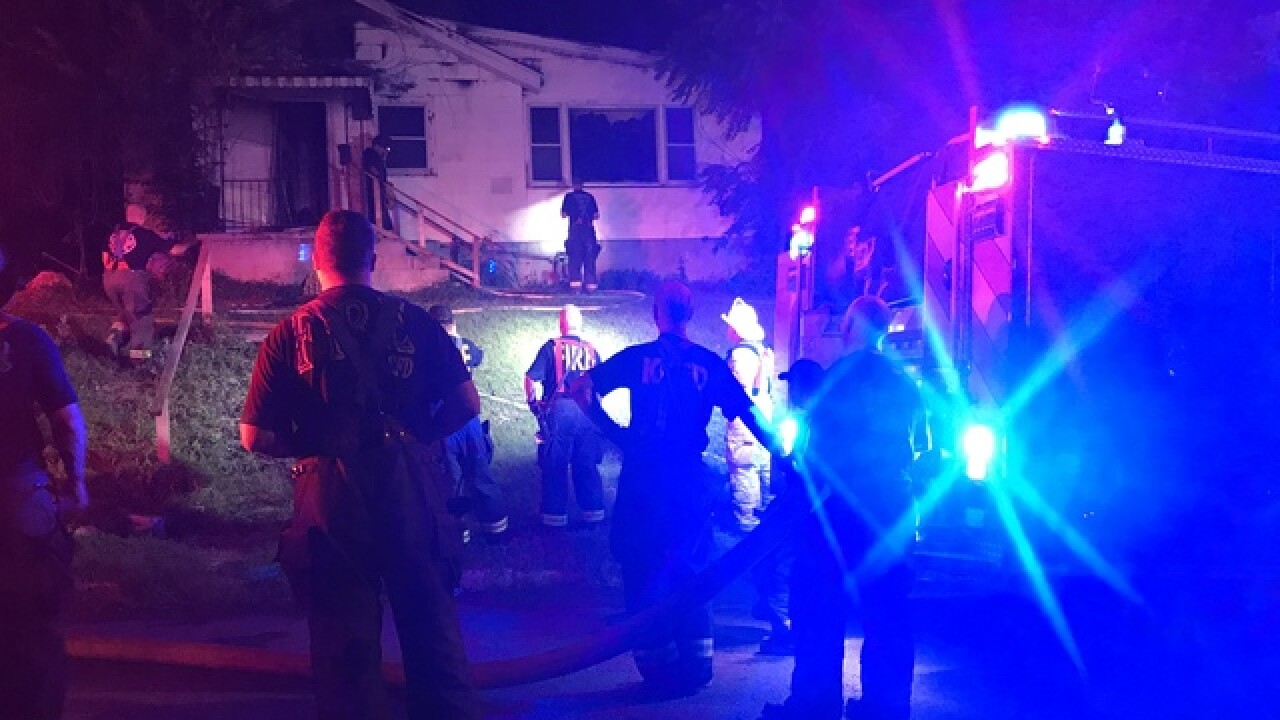 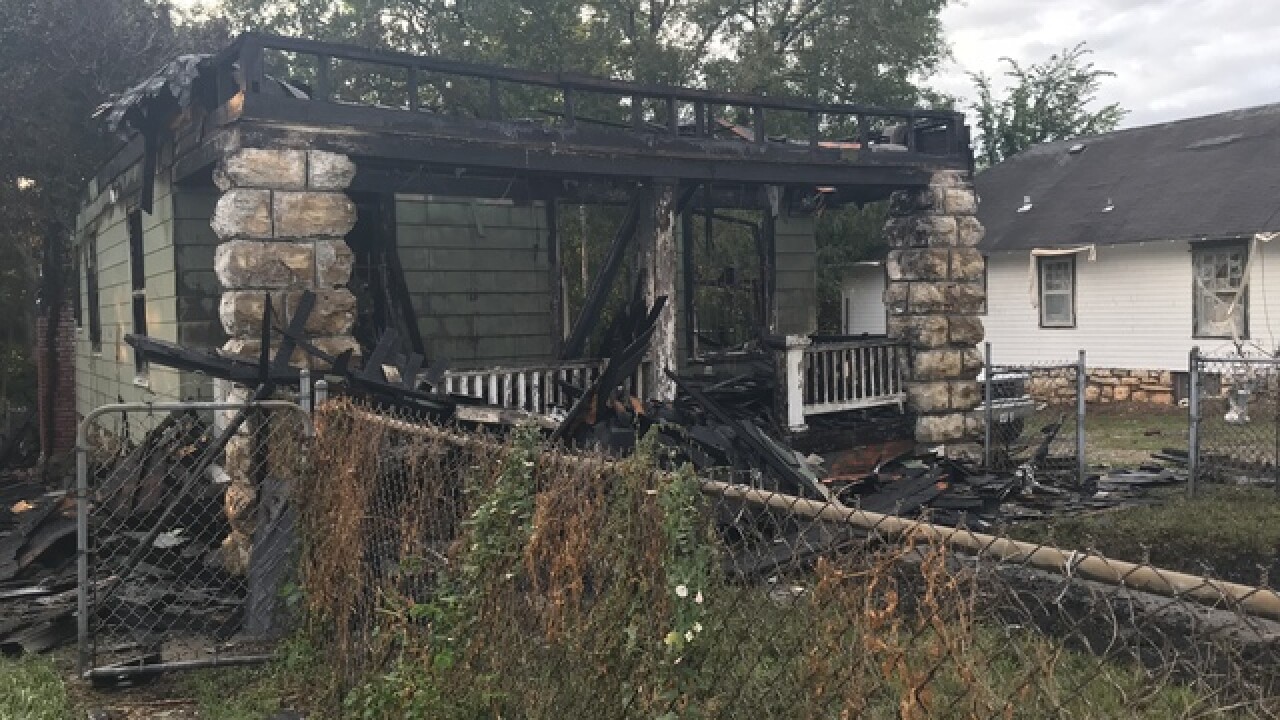 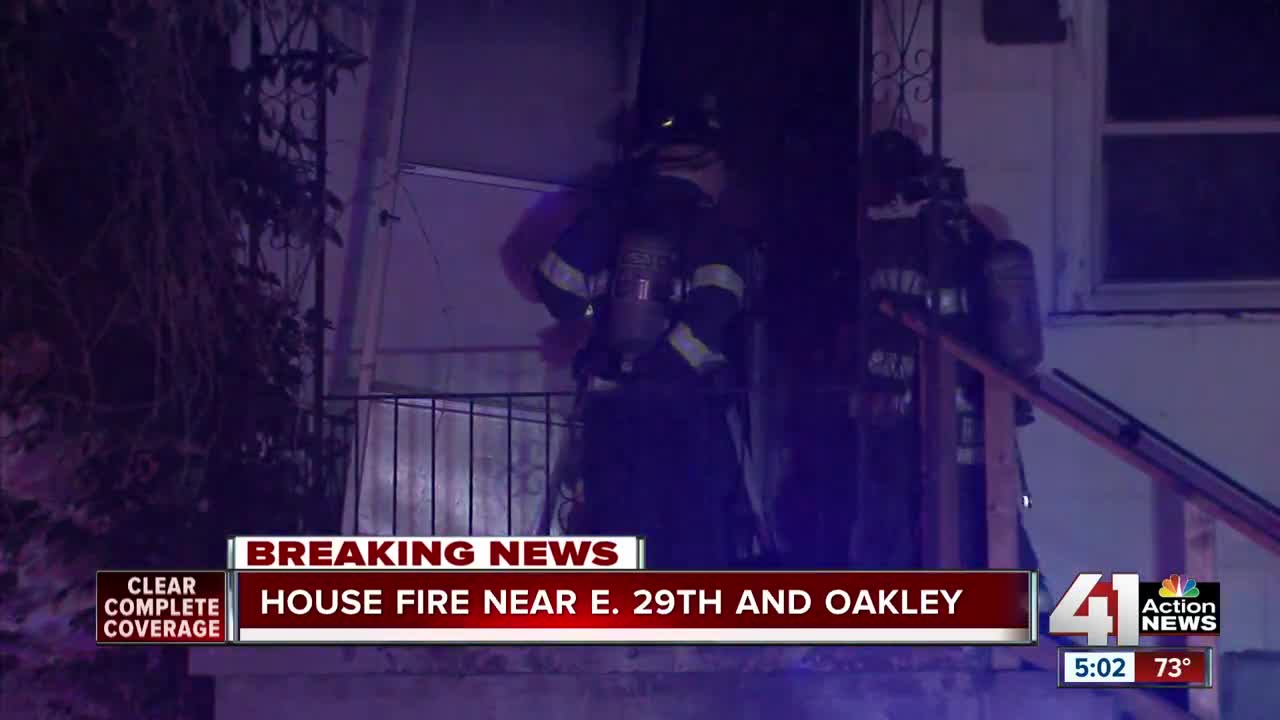 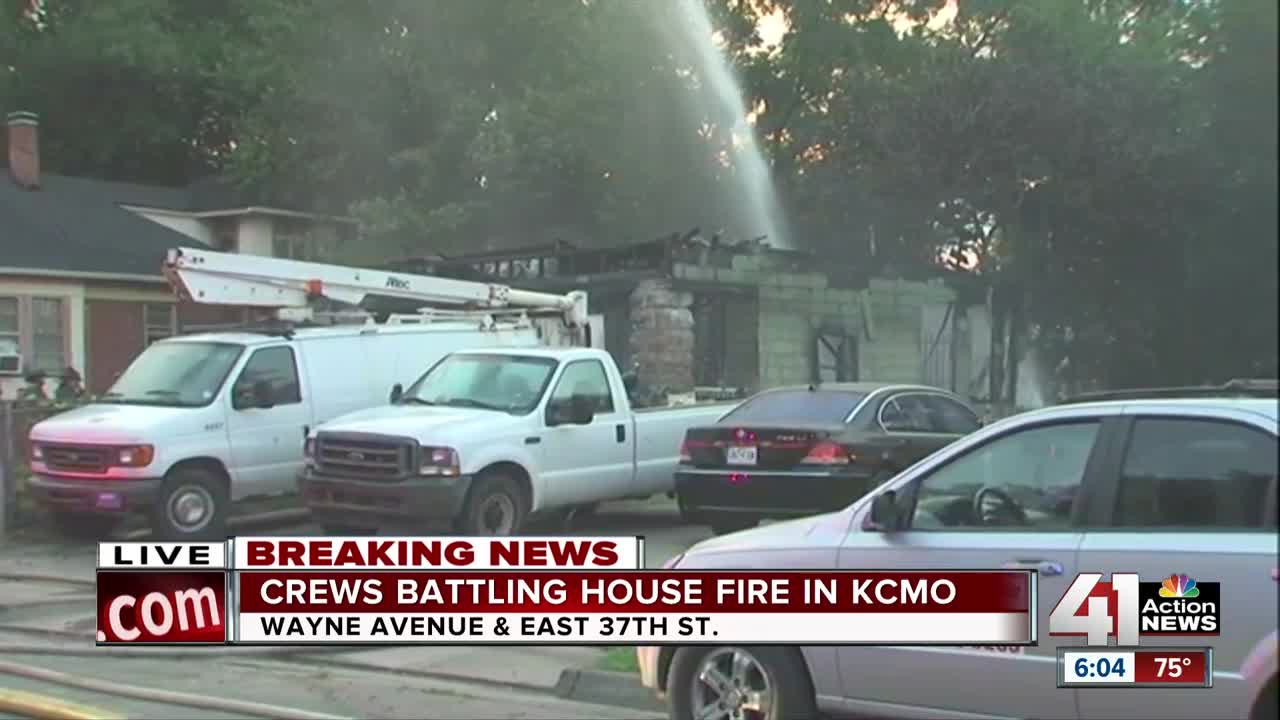 All that was left of a home near 37th and Wayne were stone porch supports and some framing and siding after it caught fire around 5 a.m.

When firefighters got there, they said they found the roof fully engulfed in flames. They attacked it from the ground and from above but did not go inside the home.

Fire crews did pull down a side wall of the home to gain another angle on the fire.

At first, crews said they thought an evacuation of the area may have been necessary because of how quickly the fire was spreading, but residents were able to stay in their homes.

The home's neighbors to the right suffered some cosmetic damage to their house, while the house on the left only needed to be cooled off by firefighters.

The cause of the fire remained under investigation two hours after it ignited.

A Kansas City home near 29th and Topping Avenue was also damaged after flames ripped through it early Friday morning.

When crews arrived, the roof was fully engulfed in flames. Oldham said the man who lives in the home was safe outside.

There were no injuries from the fire.

The cause is under investigation. Oldham said fireworks have been ruled out.