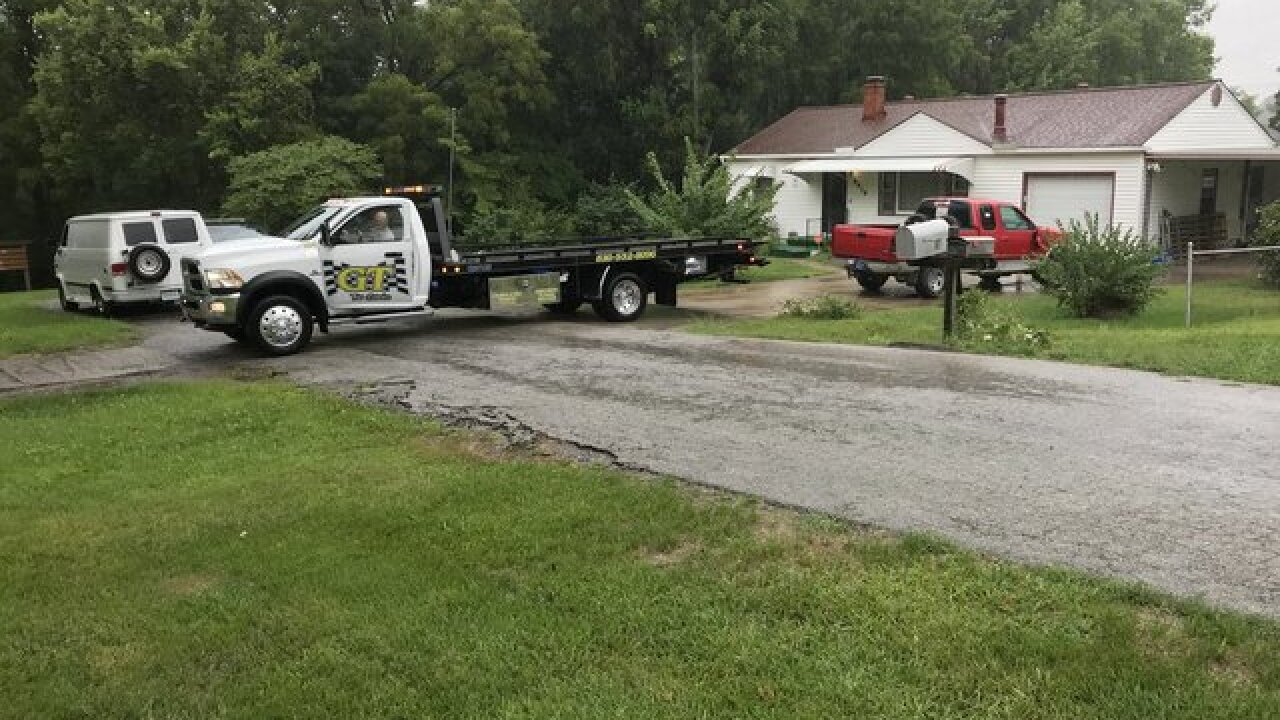 Copyright 2018 Scripps Media, Inc. All rights reserved. This material may not be published, broadcast, rewritten, or redistributed.
<p>A red truck parked in the driveway of a house in east Kansas City concerned the homeowner and his dad as they didn’t know who it belonged to. Photo by Nick Starling/KSHB</p> 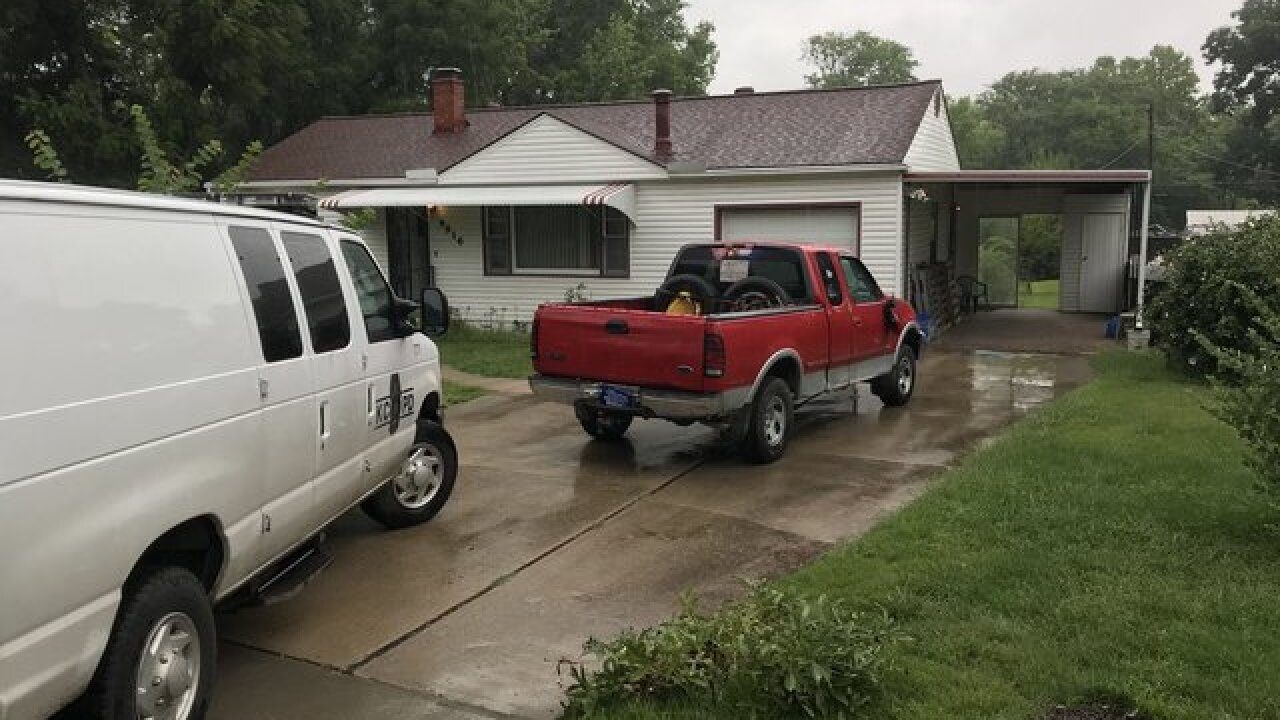 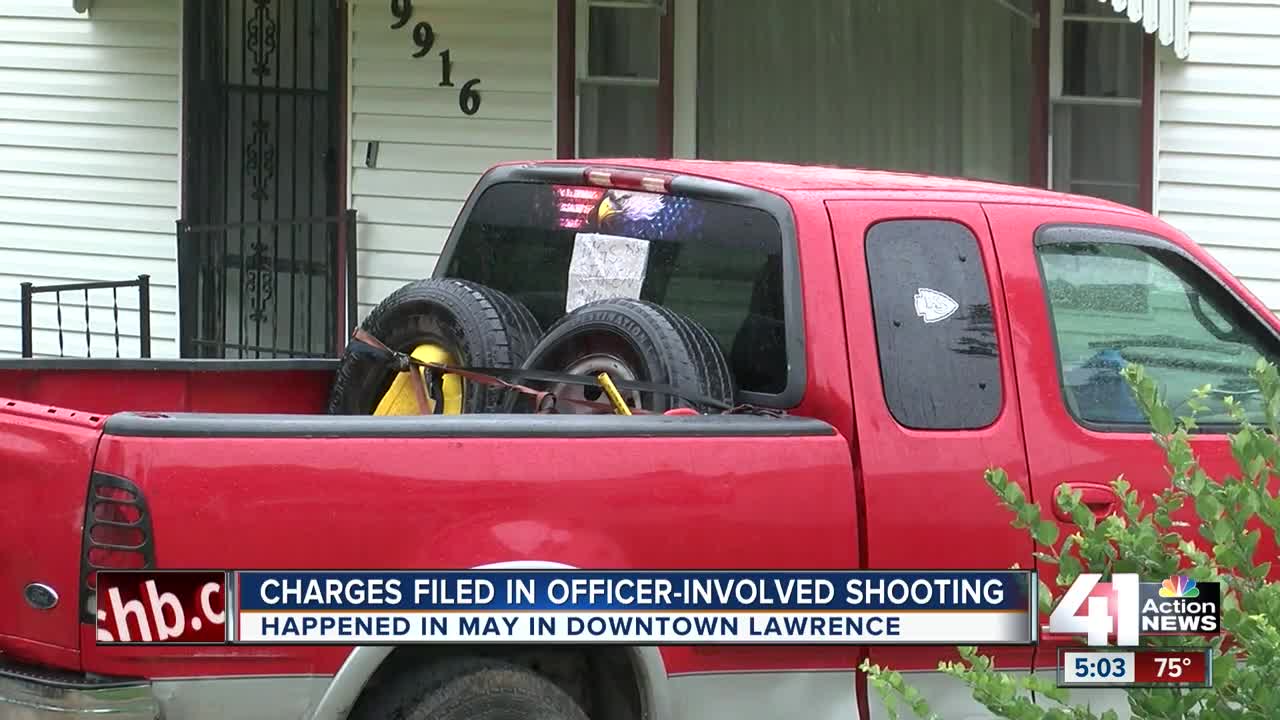 KANSAS CITY, Mo. -- A red Ford pickup truck in the driveway of an east Kansas City home concerned the homeowner and his dad Thursday morning.

Neither one knew who the truck belonged to, and it was blocking the homeowner from getting to work.

The homeowner’s dad, James Delong, came by and called police.

“And it would be 4 hours before he could do anything to anybody out here,” said Delong.

While they waited, Delong did a little investigating himself and what he found inside the truck shocked him.

“I found a bag of meth in there, I found a crack pipe, didn't know if the tools were stolen or whatever, there's three different phones, the tags on the windows said that they had been stolen, at such and such times so they had a piece of cardboard on the back window,” Delong said.

Delong continued his investigation and found stolen checks, but his next find made him worried about his son.

“The guy in the truck had a bunch of receipts for copper and a couple of recycling places so you always wonder if they are trying to break into his house to take their copper or the air conditioner you know and things like that,” he said.

Luckily the home wasn’t broken into.

According to Delong, the truck was left in the driveway sometime between 10 p.m. when his son went to bed and 8 a.m. when he woke up and saw the truck.

The apparent owner of the truck did make an appearance according to Delong, as he came by but didn’t take the truck, he took something else.

“I guess the meth was the most valuable thing in there,” said Delong.

After about four hours, a tow truck came by and took the vehicle away.