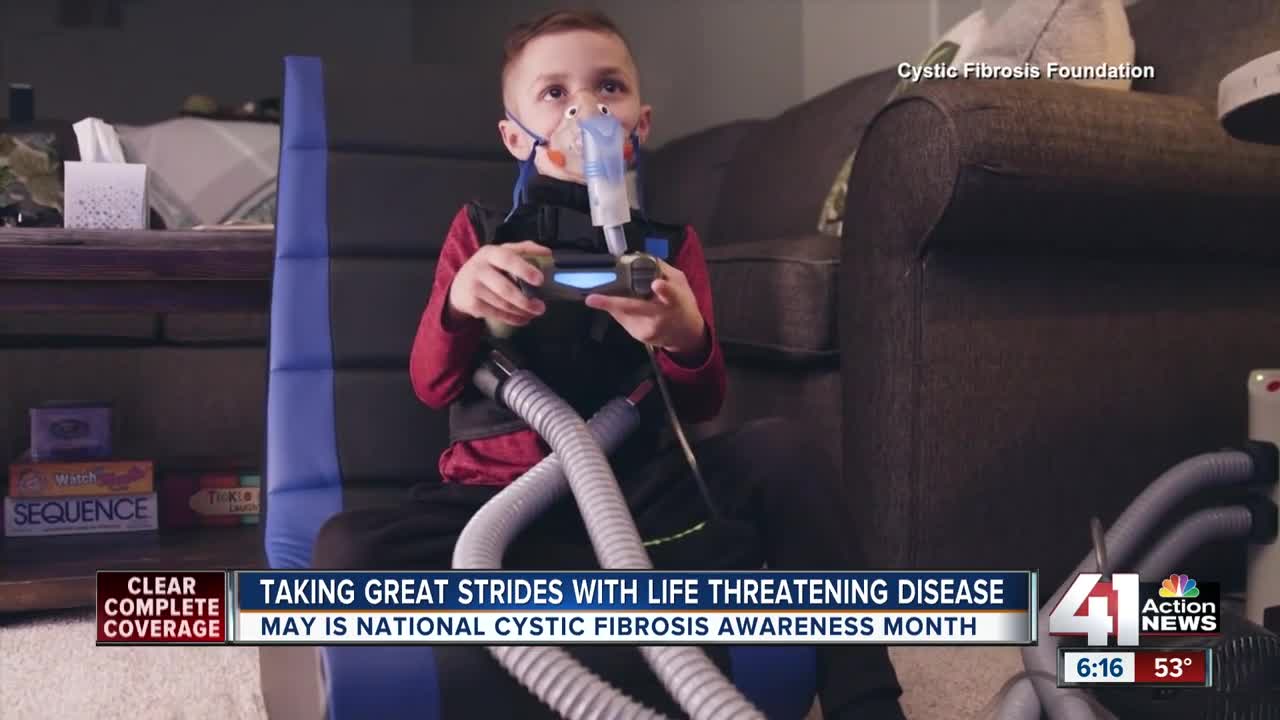 Erik Johnson has cystic fibrosis, a disease that causes lung infections and limits the ability to breathe. This year, he's been named the 2019 Cystic Fibrosis Ambassador for the Great Strides Walk, which takes place on May 11. 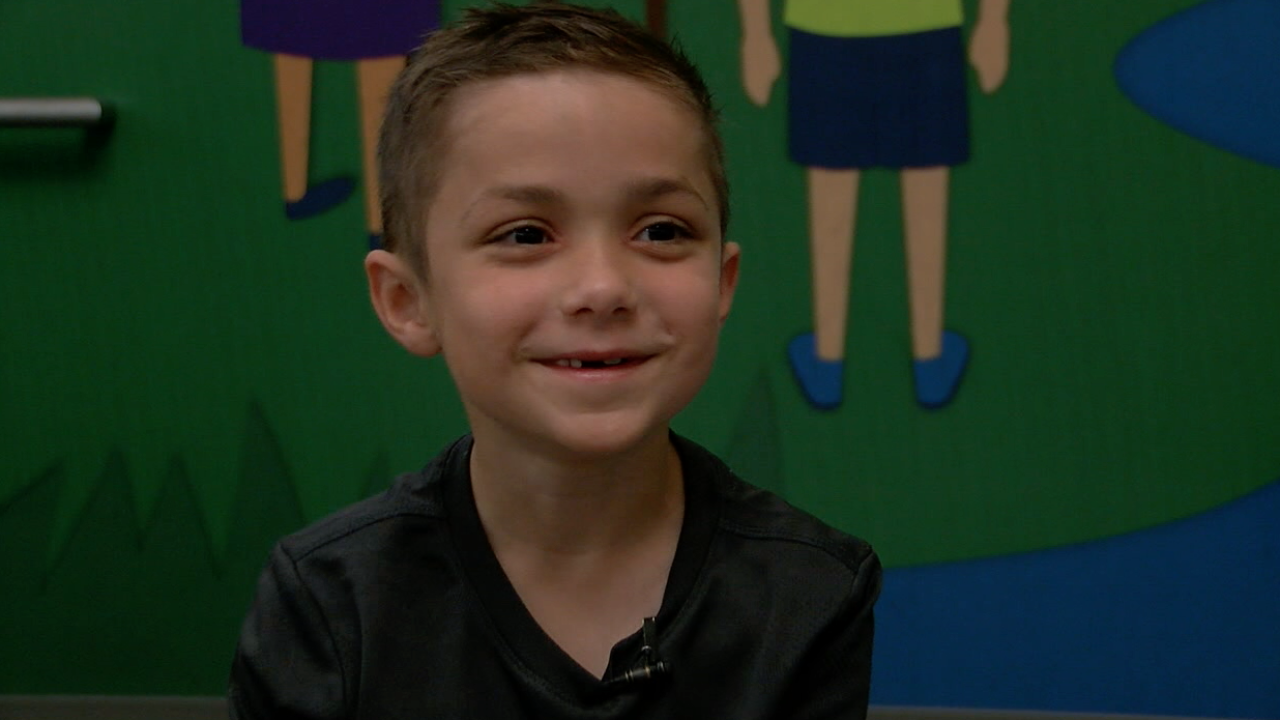 KANSAS CITY, Mo. — Erik Johnson and his classmates have been learning how to make shapes with straws.

Erik said he enjoys it because one day he'd like to be a builder.

This classroom lesson is an easier challenge for Erik, who's faced a life-threatening illness since he was a baby.

"He was six months old when we got the official diagnosis," Laura Johnson, Erik's mom, said.

Erik has cystic fibrosis, a disease that causes lung infections and limits the ability to breathe.

"Every morning morning , Erik wakes up really early in the morning and does an airway clearance therapy, which is a vest that he wears that shakes up all of the mucus in his lungs to keep everything loose," Johnson said. "And we promote coughing, so he coughs all of that up cause we don't want germs staying down in his lungs."

According to the Cystic Fibrosis Foundation, more than 30,000 people are living with cystic fibrosis.

"When the foundation was started in 1955, the child wouldn't even live to see kindergarten," Cystic Fibrosis Foundation Development Director Jillain Williams said. "But because of the advancements of drug therapies and the pipeline that we have, our average median age is around mid 40s, but that's still not enough."

That's why Erik and his family have been raising awareness about CF. One of the ways they keep people informed about the illness is through the Great Strides walk.

"He doesn't give up, he wants to stay healthy. He wants to grow strong and he's 7 years old," Johnson said. "He's a very determined little boy."

This year, he's been named the 2019 Cystic Fibrosis Ambassador for the Great Strides Walk, which takes place on May 11.

Erik said he's really excited to be the ambassador and cut the ribbon.

Besides the games and the sweet treats, he's hoping others can take a page from his book, about being a fighter and not letting this disease win.

"It makes me just keep doing my vests and breathing treatments so I can stay healthy and live a good life," Erik said.

It's a team effort letting Erik know that he's not fighting this alone.

"He has a huge team of people that want him to lead a long healthy life and we're not going to stop until there's a cure," Johnson said.

The walk will take place at 9 a.m. Saturday at Crown Center.

To learn more about the walk and cystic fibrosis, click here.