How cold is too cold? Kansas City school districts keeping eye on weather 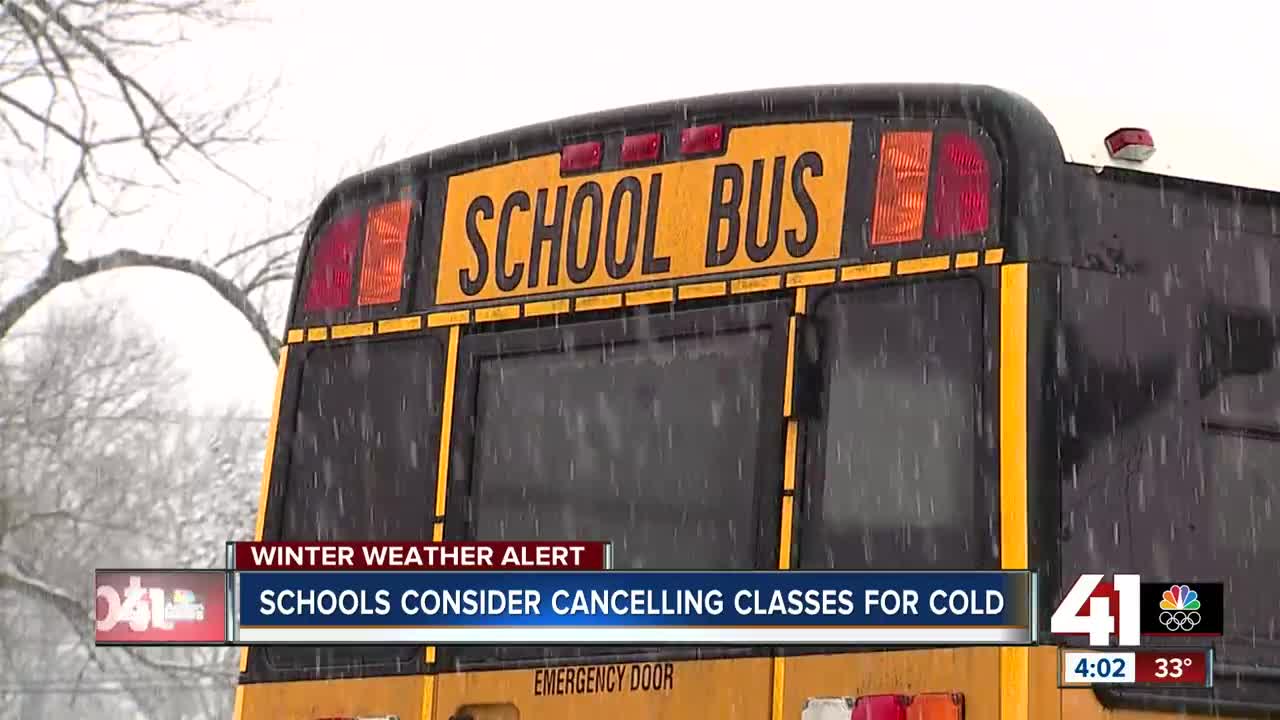 Schools around the Kansas City metro are keeping a close eye on the weather ahead of deciding whether to cancel classes on Thursday. 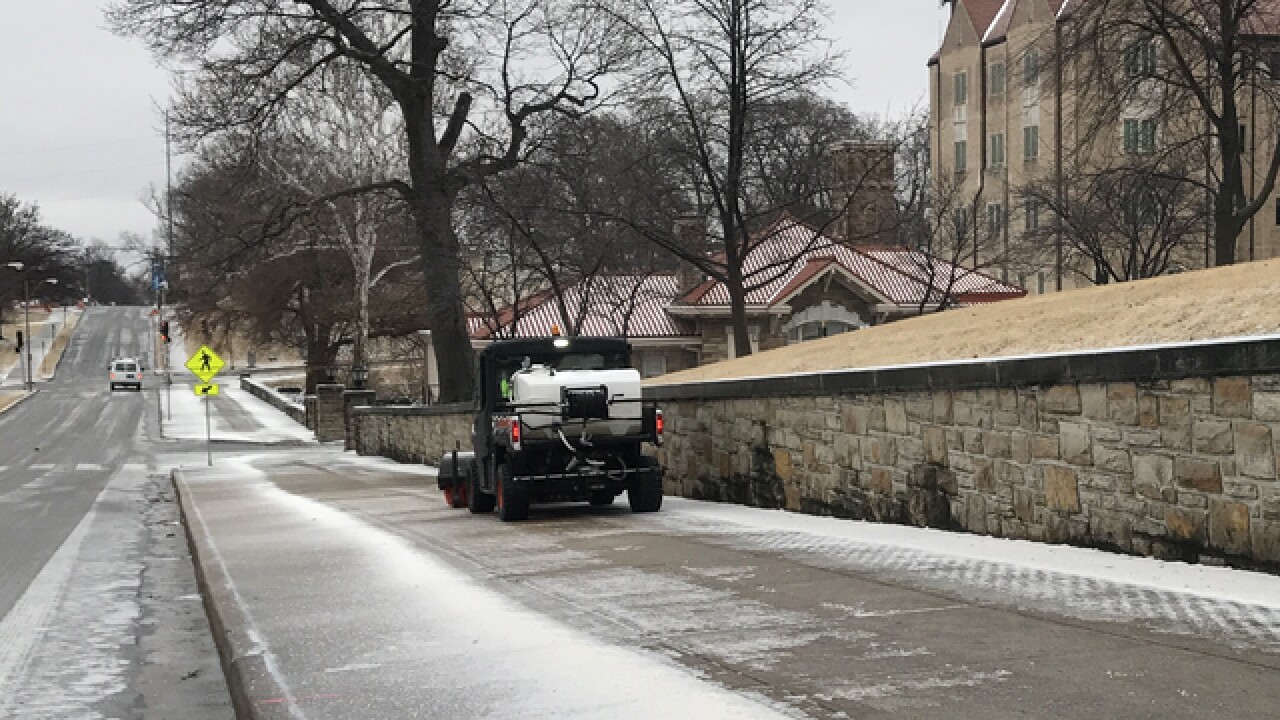 KANSAS CITY, Mo. — Schools around the Kansas City metro are keeping a close eye on the weather as winter comes roaring back into the area.

But this time, it's not snow they're worried about — it's the cold.

41 Action News talked to officials for several metro school districts, who said they were monitoring conditions closely ahead of what's expected to be the coldest air of the season so far.

When making the determination to cancel classes, the Shawnee Mission School District takes several factors into consideration, including the temperature.

"It's something of a challenge to figure out exactly how to make that call," SMSD spokesman David Smith said. "You got the weather, you've got the cold, how cold it is going to be, what's the wind speed going to be. Because that impacts it. Is there going to be precipitation, it impacts it. If the roads are in good shape, then kids won't have to wait outside long. But if they are in bad shape, the buses might take longer to get to all the stops."

A KCPS spokesperson said the district won't automatically close schools when the temperature hits a certain point, but it does factor that into the decision.

"We don't have a single temperature point that will trigger school closings, but we do consider a variety of factors when making that decision," KCPS said in a statement, adding that "student safety is always our top priority."

North Kansas City Schools — which will have an early dismissal Thursday due to conferences, according to its district calendar — echoed the importance of student safety but said it did not have any "hard and fast" rules when it came to canceling school, either.

"Each situation is evaluated before decisions are made," the NKC School District said. "However, student safety is always the top priority."

*Editor's Note: An earlier version of this story contained inaccurate information. The Shawnee Mission School District WILL have school on Thursday, Feb. 13.