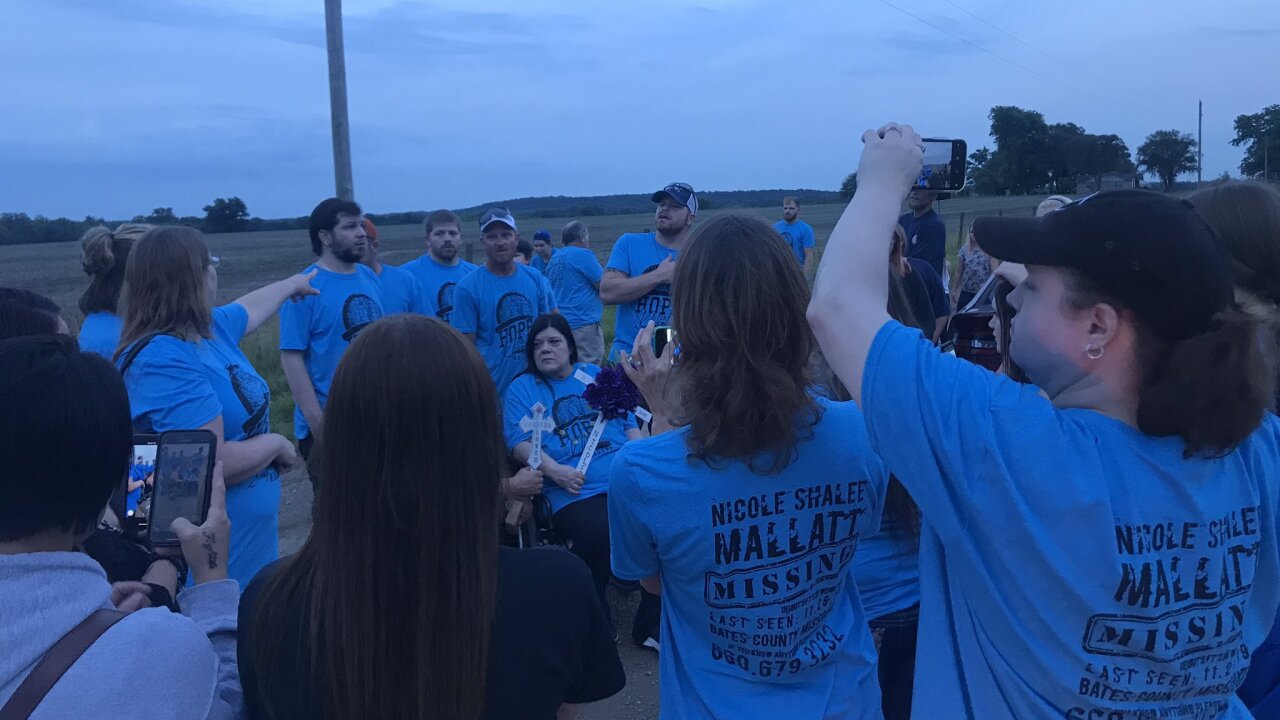 Sarah Plake/KSHB
Nicole Mallatt turned 37 years old on Friday, but she wasn’t there to celebrate with her family. She hasn’t been seen or heard from in seven months, so her family held a celebration and a candlelit vigil where she was reportedly last seen. 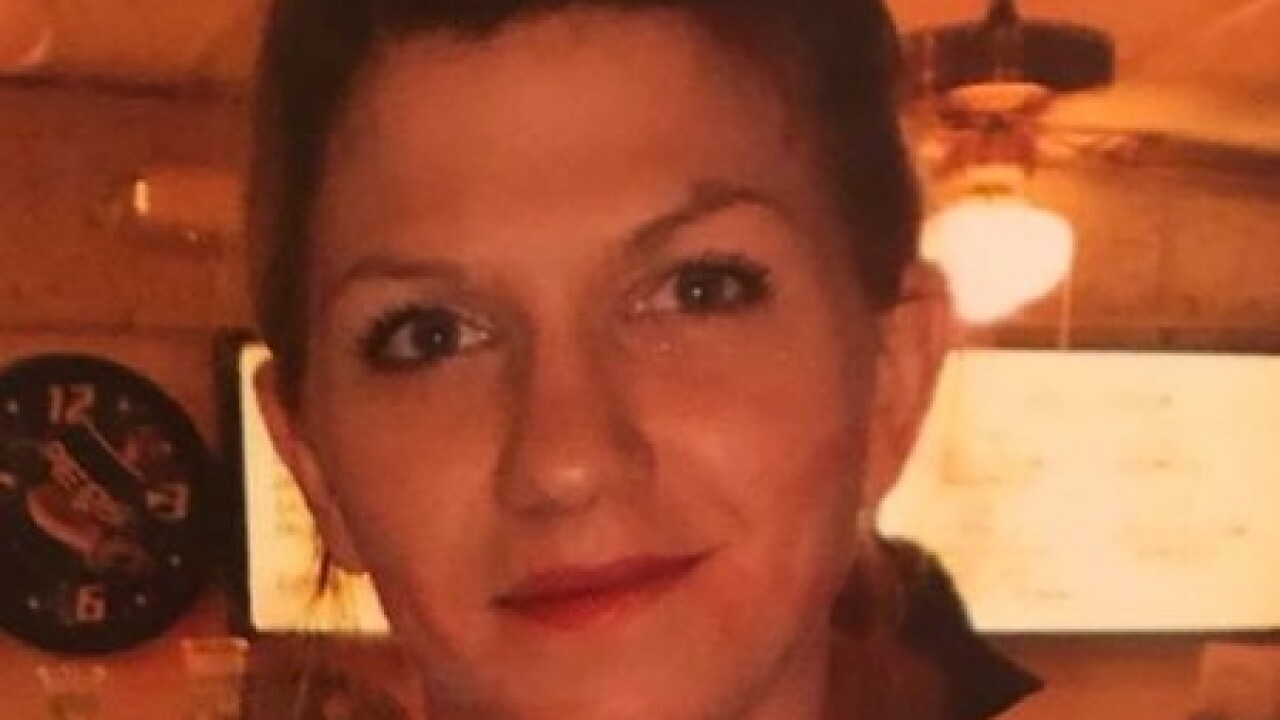 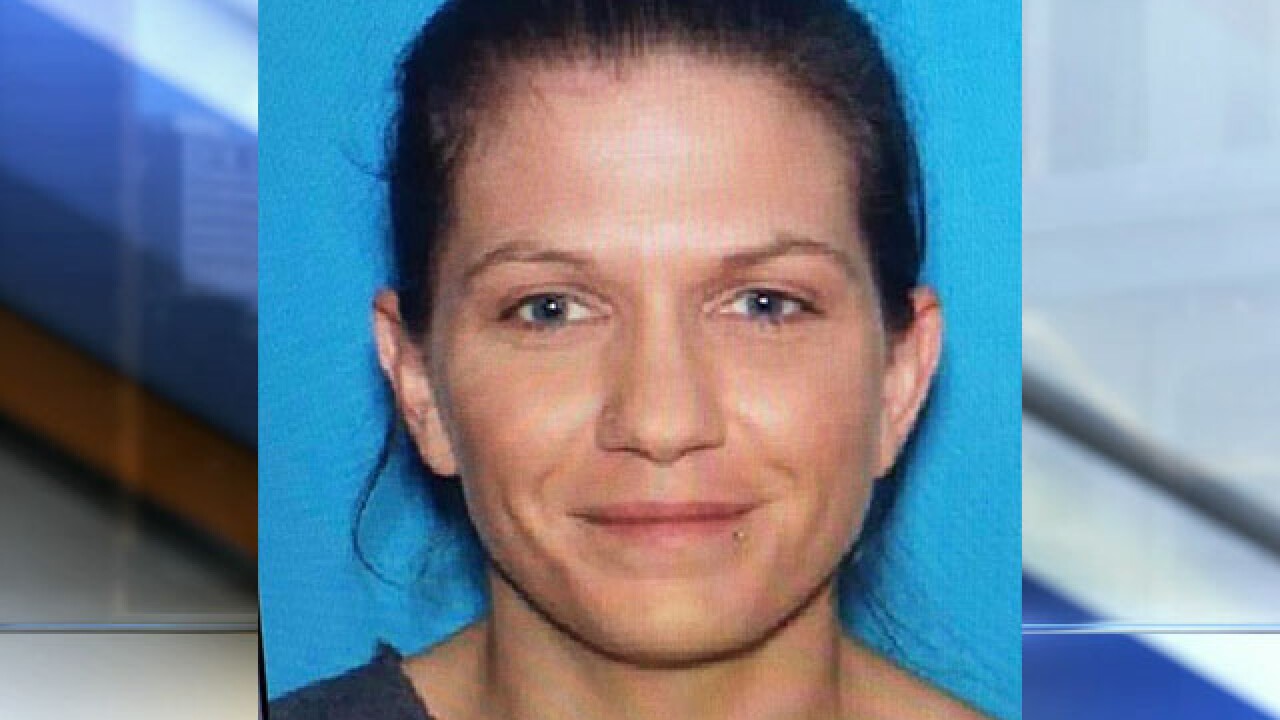 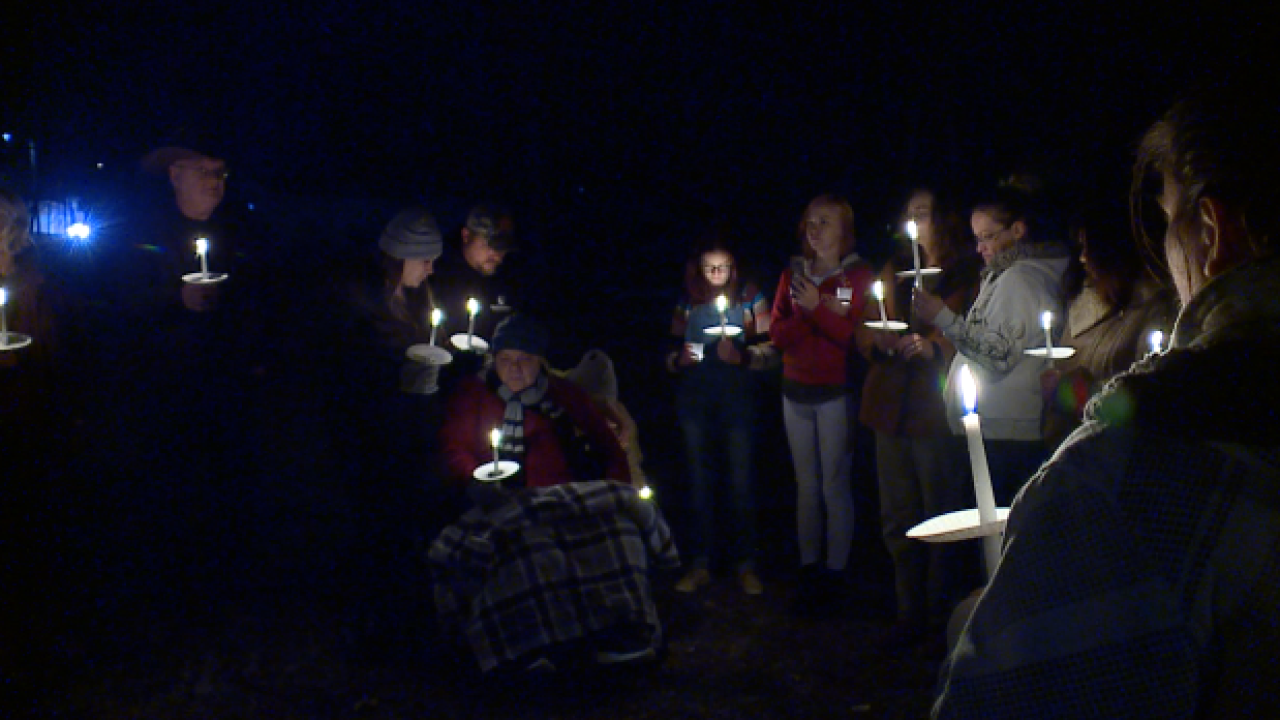 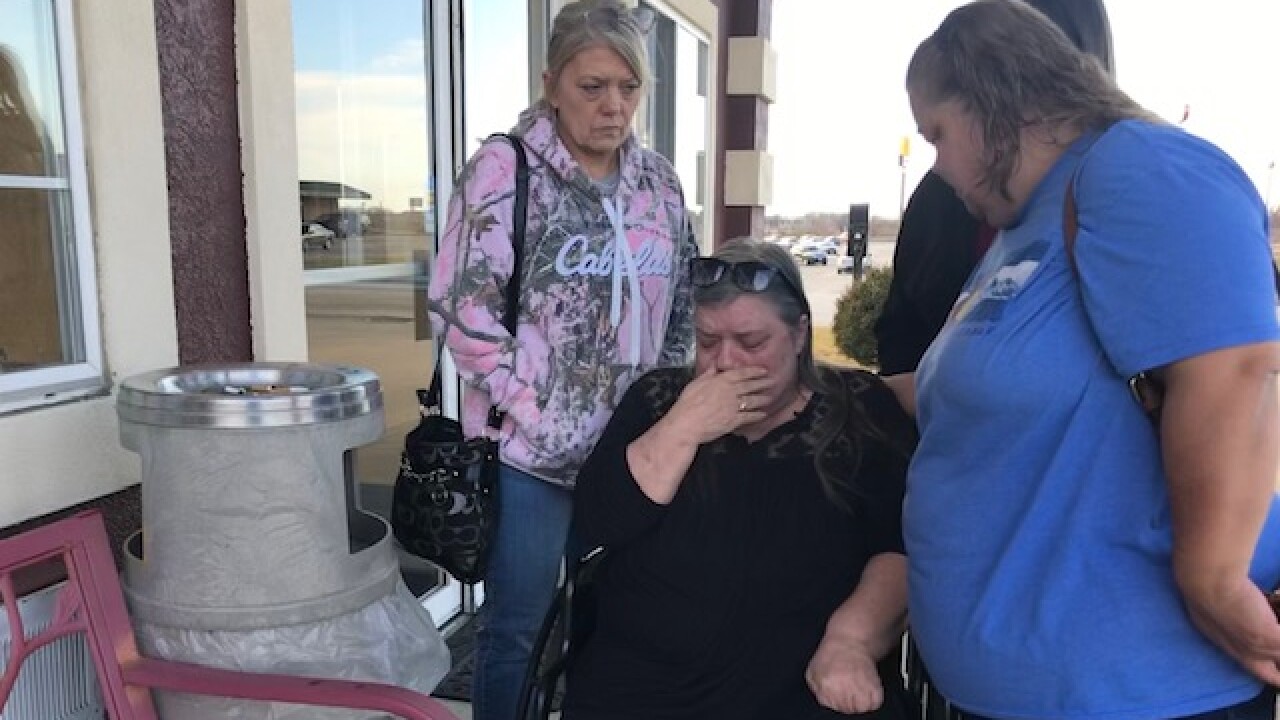 The Bates County Sheriff’s Office said it received a call around 1:30 p.m. on Tuesday about an article of clothing with human remains inside found in a bean field in southwest Bates County.

With help from a team of forensic anthropologists from Washburn University, additional remains were recovered and sent to the Bates County coroner for a forensic review and identification.

An autopsy Friday confirmed that the remains belonged to Mallatt.

The team from Washburn University will examine the remains in an effort to determine the cause of death, according to the Bates County Sheriff’s Office.

“We ask for prayers for the family and friends of Nicole Mallatt,” the sheriff’s office said in a statement, announcing the identification. “Nicole leaves behind 4 children who lived with her in the home.”

Authorities said the investigation into her disappearance and death remains “active and ongoing.”

Police officers from the Butler, Lamar and Nevada police departments along with sheriff’s deputies from Vernon and Cedar counties joined Bates County deputies, Mallatt’s family and volunteers to search the area near where she lived.

Mallatt left home the night she was last seen to meet her ex-husband, who said he dropped her off outside her house later that evening.

Some of Mallatt’s personal items were recovered on Dec. 5.

A backpack, phone and shoes were found near the Marais Des Cygnes River, roughly 100 yards from the rural property where she lived with her boyfriend of 18 years and their children.

Members of her boyfriend’s family also lived on the property.

The Bates County community gathered a few days later for a candlelight vigil as an intensive search continued near her home.

The family led another search for Mallatt in mid-February and marked her birthday in June with a somber celebration and another candlelight vigil.