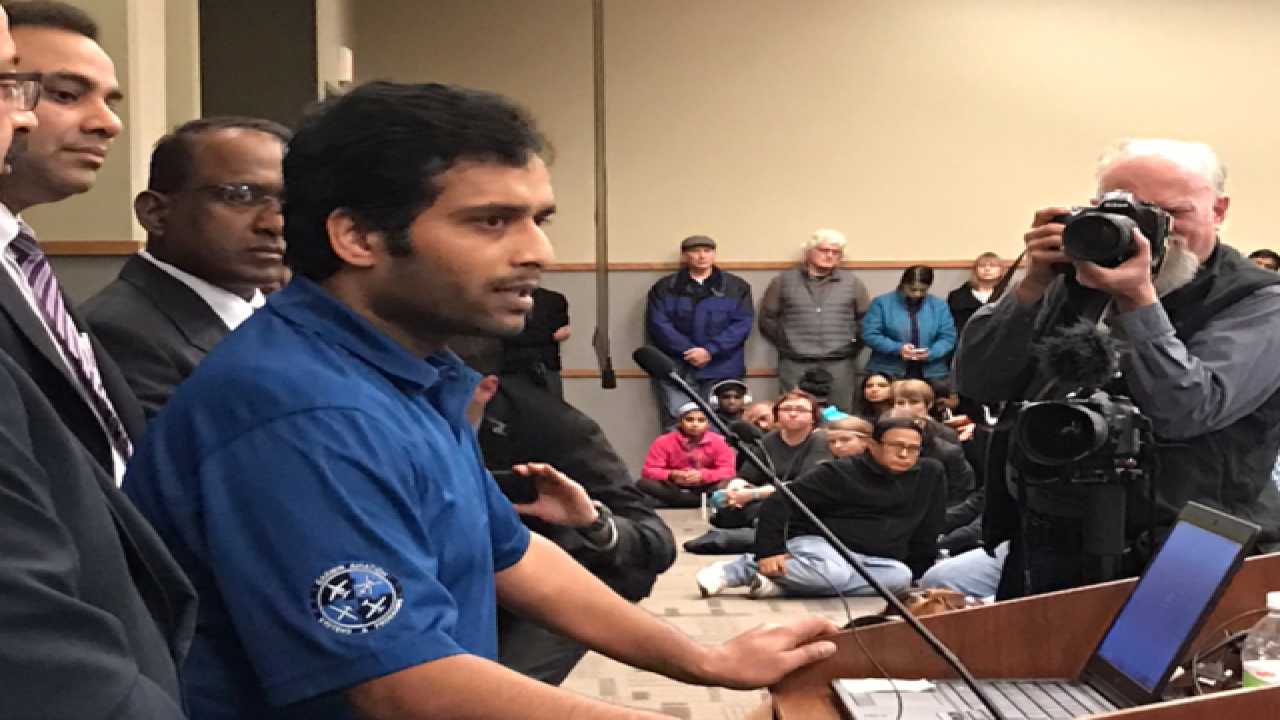 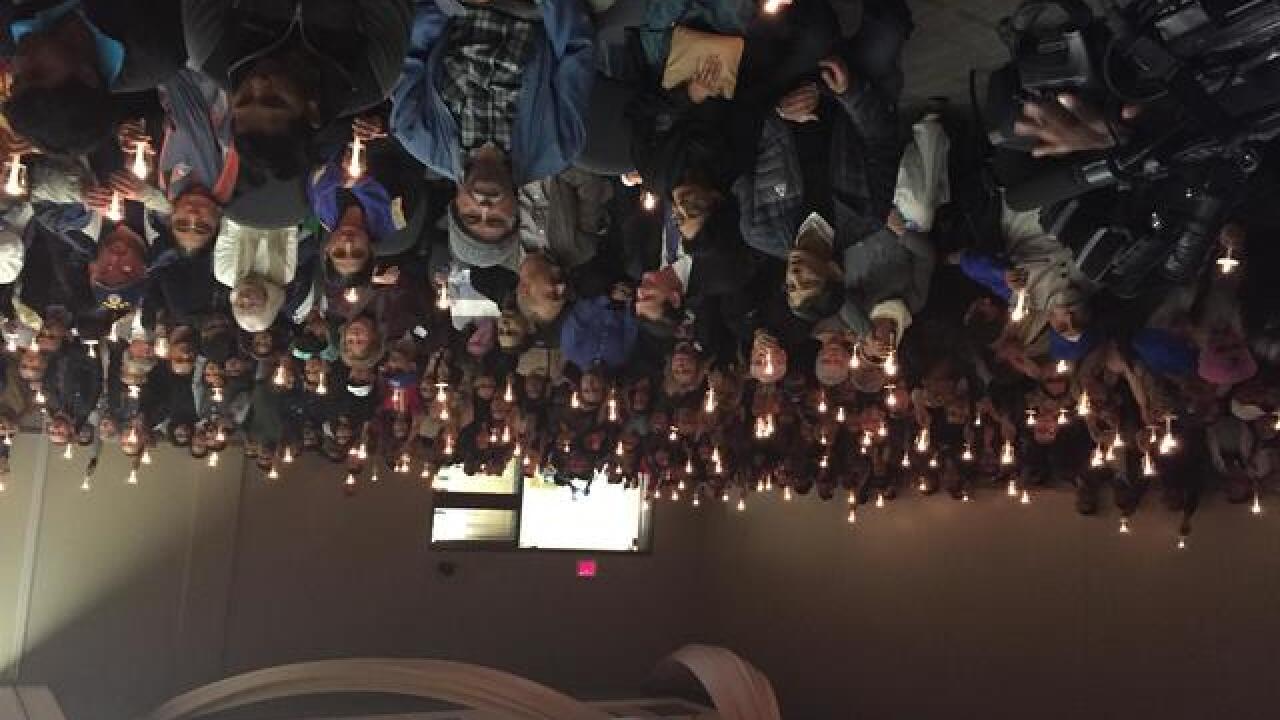 Before its end, the hundreds-strong line for the Olathe shooting peace march wrapped around the block of the Ball Convention Center in Olathe before filling a 400-capacity room.

MUST SEE: time lapse of the #olatheshooting march from about the middle of line to the end and up to the front. @41actionnews pic.twitter.com/LbvrdoxRZZ

Many of the marchers listened from outside the Convention Center as faith leaders began prayers of healing for those touched by the tragedy inside Austins Bar & Grill Wednesday night that took the life of 32-year-old Garmin engineer Srinivas Kutchibhotla.

Alok Madasani and Ian Grillot were also injured.  Grillot remains in the hospital in stable condition but Madasani made his first public appearance Sunday night at the vigil.

“What happened that night was a senseless crime that took away my best friend,” said Madasani, who noted that his appearance felt like a dream.

“I wish its a dream.” Madasani said he wasn’t ready to refer to Kutchibhotla in the past tense.

“We were friends for nine years and memories are so fresh. Sri was, is patient, always caring, always thinking about people around him first," he said.

In explaining Kutchibhotla’s character, Madasani recalled the beginning of their relationship when the two started working together at Garmin.

“I didn't have a car then and he used to pick me up from the apartment every day for six months and not a single time did he express that this is getting old. He waited until I bought a car. That’s the kind of guy Sri was,” said Madasani.

Ian Grillot’s sister Maggie says her brother’s actions were because of how they were raised.
Grillot stood up to the shooter.

“It doesn't matter what your color is. Black, white, purple, polka-dotted, rainbow for that matter anymore. Everybody’s equal,” said Maggie Grillot. “Ian keeps saying he’s not a hero he was just doing what anybody should have done.”

“I've seen the best in this community. To those directly impacted by this tragedy and to our indian american brothers and sisters I assure you this: you are not alone. We stand with you. You are welcome here as a family,” said Copeland.

In the video below, you will find snippets from the vigil.

#olatheshooting victim Alok Madasani talking about the tragedy and his friend Srinivas pic.twitter.com/v0wDxRNB0E

MUST SEE: time lapse of the #olatheshooting march from about the middle of line to the end and up to the front. @41actionnews pic.twitter.com/LbvrdoxRZZ