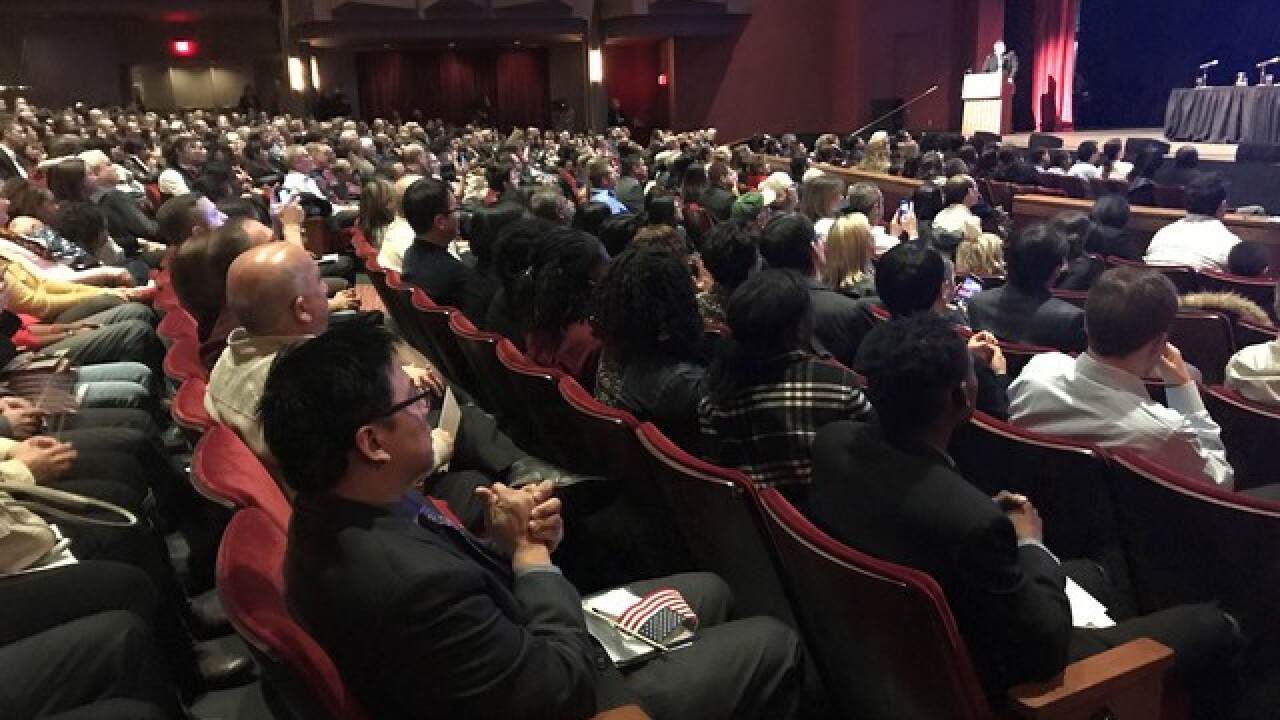 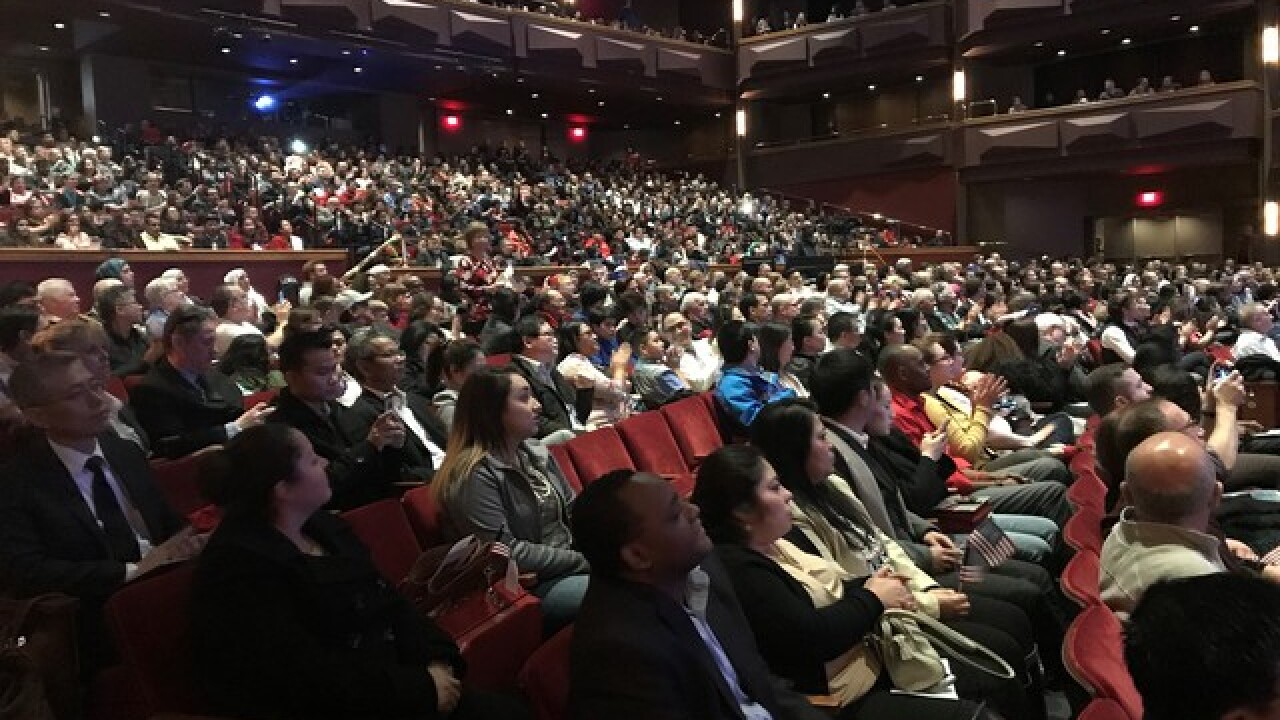 Only a handful of those will be naturalized this year.

They said they have worked for this day for years.

New U.S. Citizen Clara Fite said sitting inside Yardley Hall at JCCC is not where she thought she’d be today. Seven years ago, Fite was living in Italy, where she met her husband, Nathan Fite, and her life would be changed forever.

"We met at church and then we dated for a couple of years, we were traveling back and forth and then we decided to get married and move to the states,” Clara said.

After having two children together in the U.S., Clara said she wanted to be more of a family.

"She wants to feel like again, we're one family, united under one flag, so it's nice for her to feel like 'Hey, I've got the same citizenship as my kids now,'” Nathan Fite, Clara's husband, said.

After applying for citizenship nearly five months ago, Clara participated in Wednesday’s naturalization ceremony at JCCC. It's a process that doesn’t always go smoothly for other immigrants.

"It's sad, I know it happens but I'm grateful that I had an amazing experience,” Clara said, speaking of others' situations.

The nation most represented at the ceremony was Mexico with 68.

According to U.S. Citizenship and Immigration Services, about 740,000 people undergo the process every year.