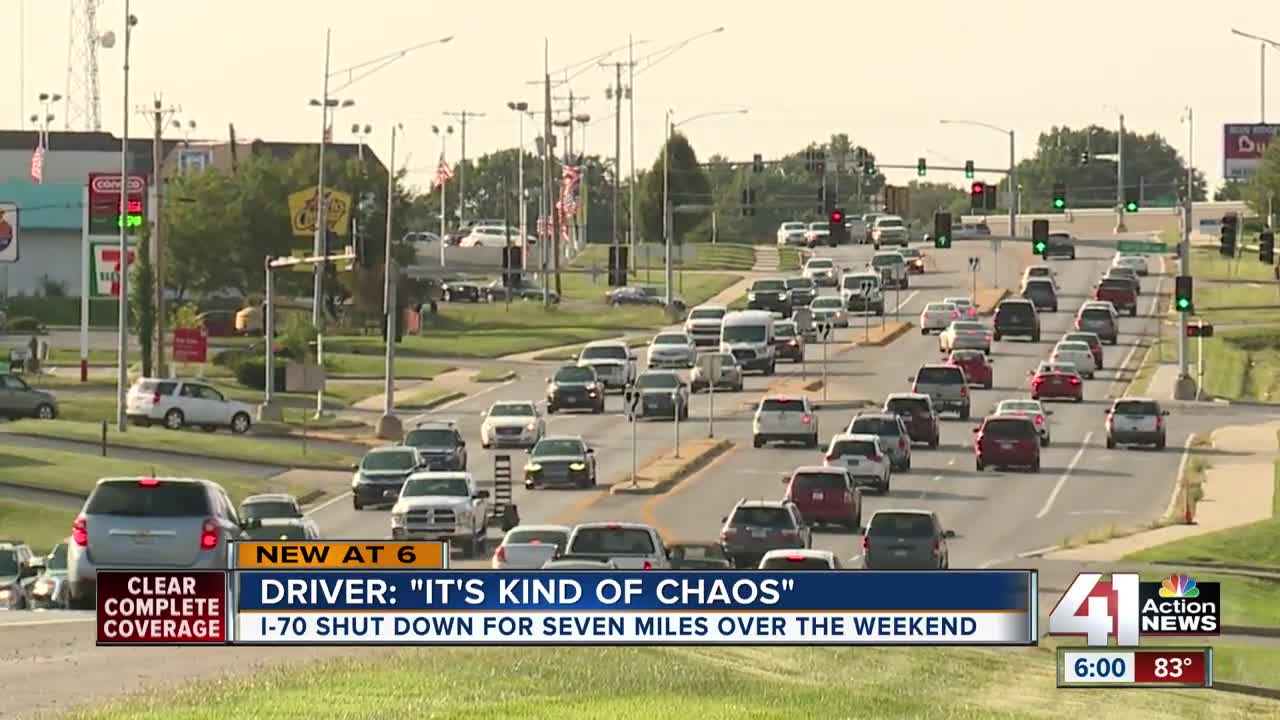 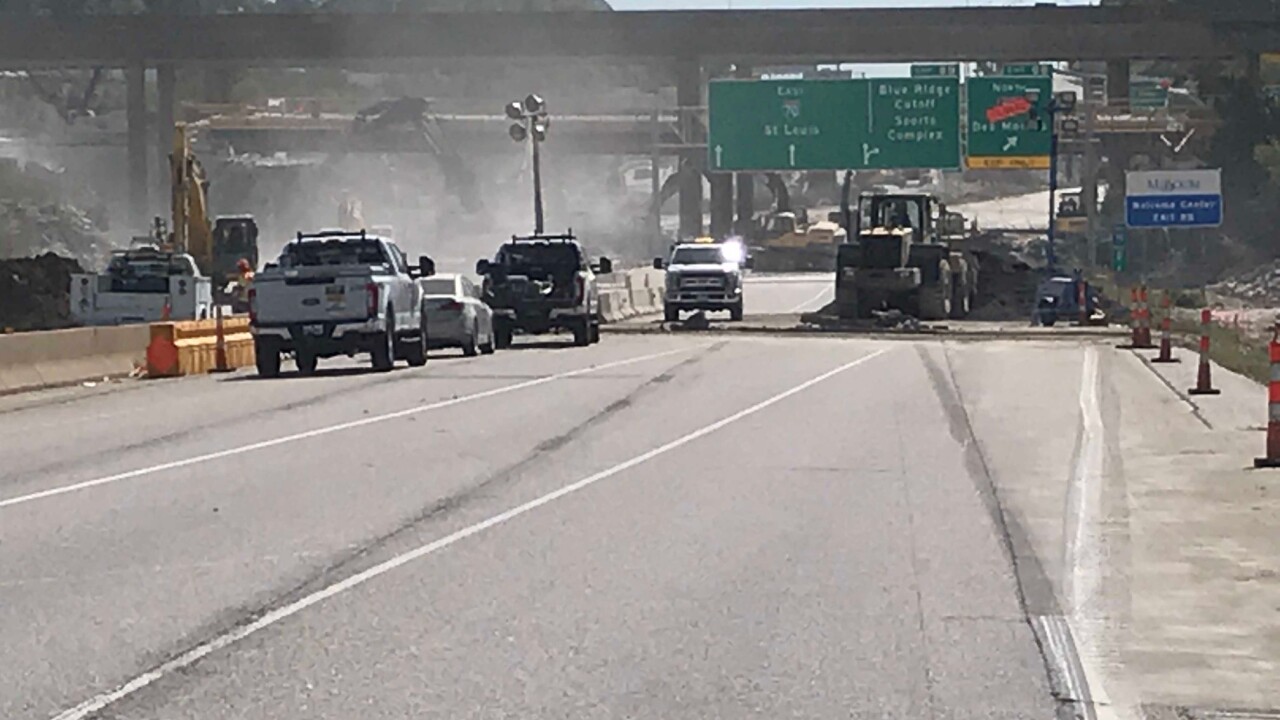 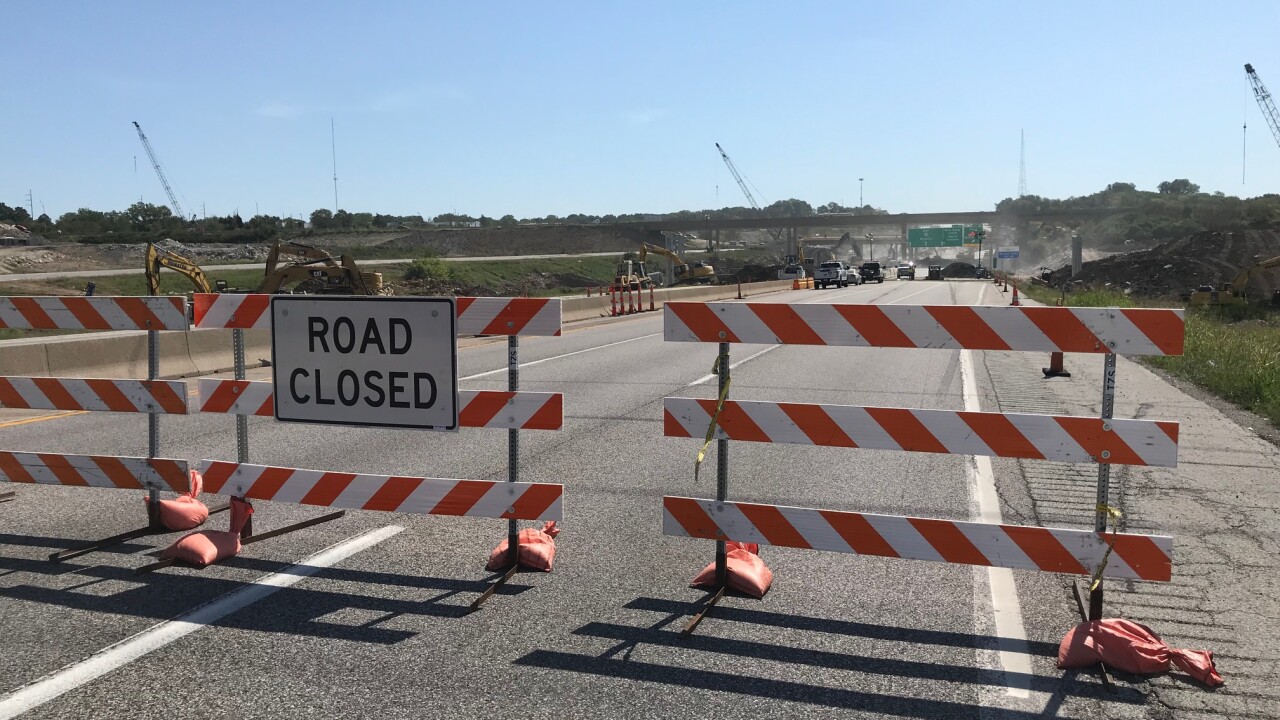 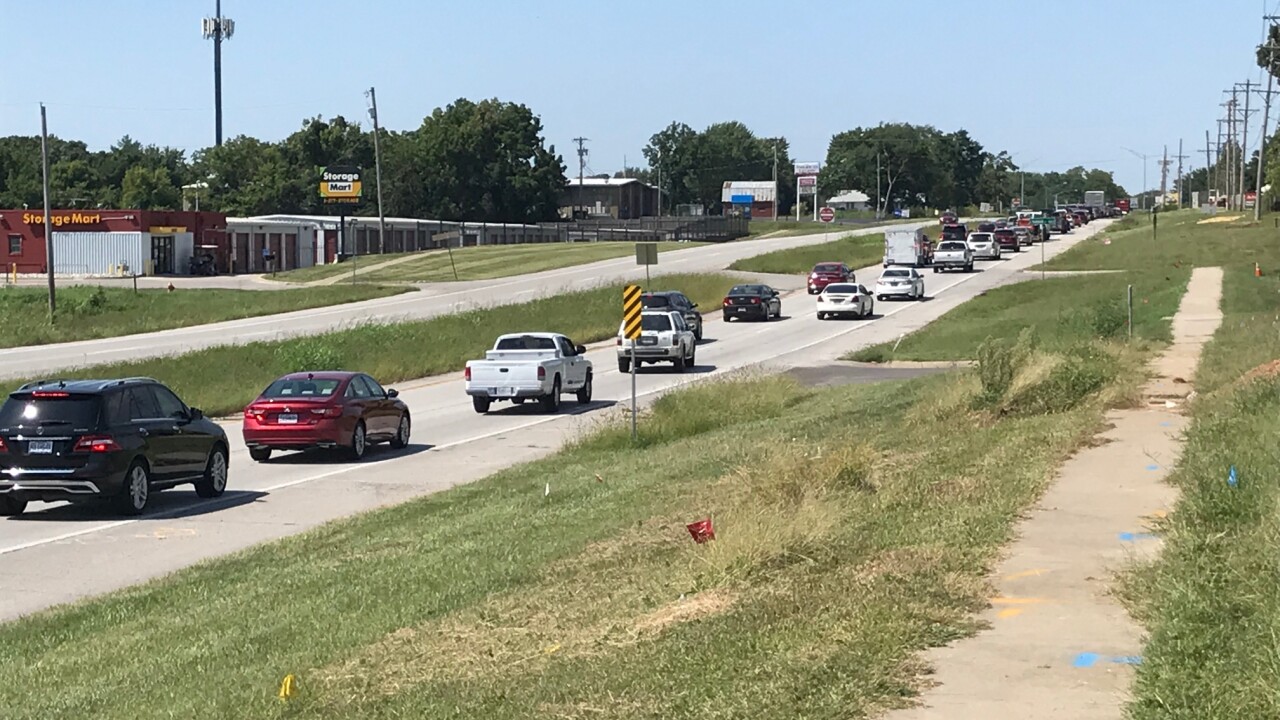 Seven miles of Interstate 70 are shut down from Interstate 470 to Interstate 435 as Missouri Department of Transportation crews replace bridges and tear down two ramps.

It's part of an interchange project that's happening near the stadiums.

Traffic was rerouted southward, and one possible place for the traffic to go was U.S. 40 Highway.

"This place was congested and people flying and screaming, it was a mad house over here," driver Bertram Mitchem said.

The snarled traffic frustrated some drivers.

"It's this long line of lights all the way to where this other light is and it's just congested right now, man," Mitchem said.

The congestion made some commutes around the city much longer.

"I think it's just totally crazy you have to get off a certain exit just to get around the city, it's kind of chaos and people got to take their time slow down," driver Carl Bowls said.

However, the increased traffic along U.S. 40 Highway means profits for businesses like the Conoco gas station.

"It's kind of, like, busy and I'm excited to see people a lot in my store and sell a lot," manager Salma Khan said.

Sales are up by 30 percent so far, according to Khan.

The closure will only last until 5 a.m. on Monday morning.

The entire project is expected to be completed by the end of next year.