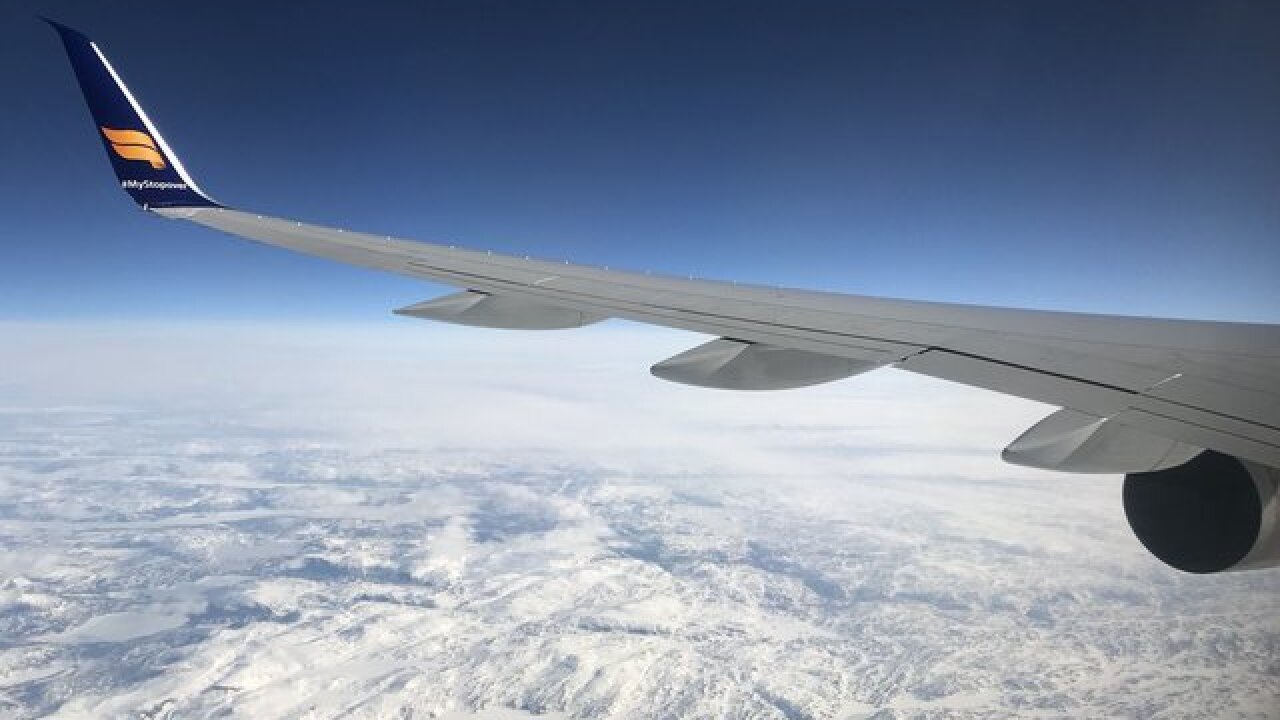 Copyright 2018 Scripps Media, Inc. All rights reserved. This material may not be published, broadcast, rewritten, or redistributed.
<p>A view from the window seat of the first ever flight from Iceland to Kansas City. Photo courtesy Daniel Palen.</p>

KANSAS CITY, Mo. — After two summers of flights between Kansas City and Reykjavik, Iceland, Icelandair said Monday the company will not continue the service in 2020.

In a news release, the company said plans for routes during the summer of 2020 were underway, but that due to “commercial reasons,” the Kansas City-Iceland and San Francisco-Iceland routes were being discontinued.

Officials with the Kansas city, Missouri Aviation Department said they were "disappointed" with the news but vowed to continue working to expand Kansas City's international footprint.

“I’m proud of the Aviation staff who worked so diligently to bring Icelandair to Kansas City and am thankful for the way this community supported the new service," Pat Klein, aviation director, said in a release. "Going forward, aviation staff will continue to meet with airlines with the intent to grow Kansas City’s international access.”

In January 2018, the airline announced plans to fly between Kansas City and Iceland.

When the first flight took off in May 2018, it became the first non-stop transatlantic service at the airport.