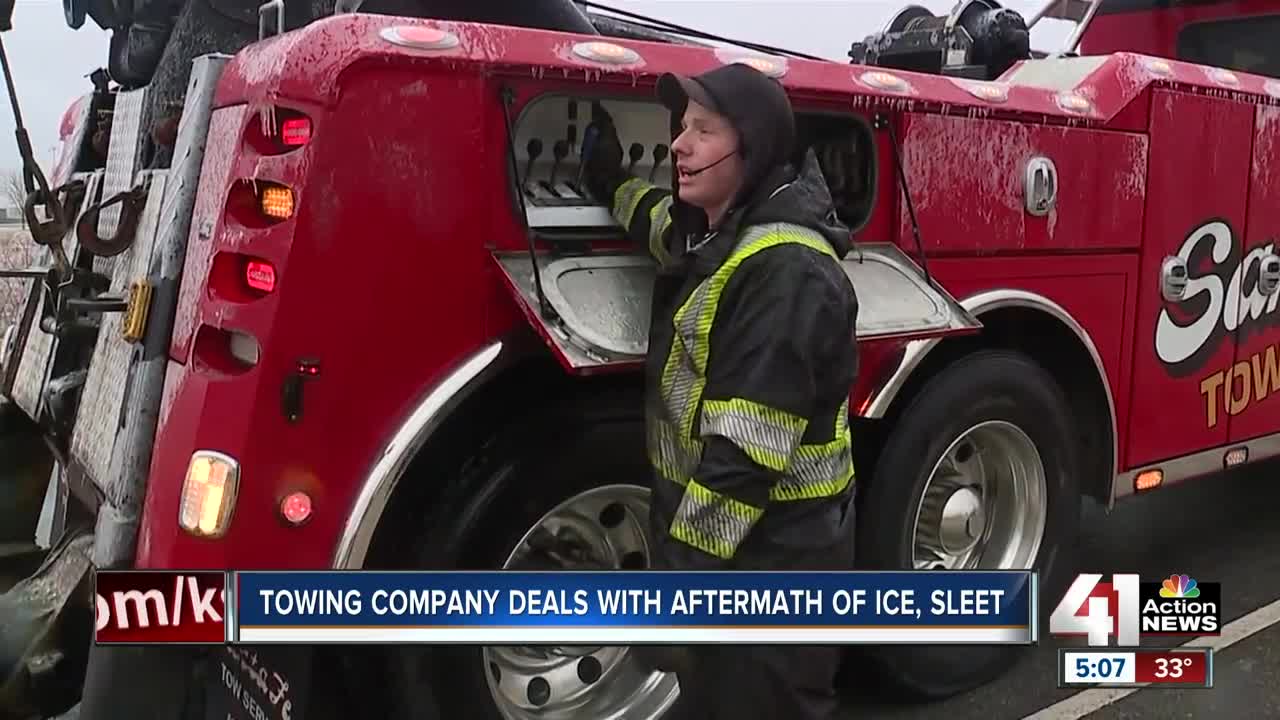 Santa Fe Towing Manager Kaileigh Kupchin said the company received about 45 calls, which is twice its normal amount on a given day.

"This morning was pretty crazy," Kupchin said. "We expected it, we were ready, we were prepared, we had a crew come in earlier than their normal shift so we would be prepared."

Kupchin said the morning was quiet at first.

"Once everybody started to get out on the roads to head to work and it was still dark, they couldn't see the ice, there was a lot of black ice, a lot of slick spots and a lot of people in the ditch," Kupchin said.

One of their calls was for a Lee's Summit fire truck which had rolled onto its side due to the icy conditions.

Eden said the department has a backup truck it can use in the meantime, but the damaged truck is still a major inconvenience.

Kupchin said Santa Fe will continue its "all hands on deck" mode into the weekend.

"Some advice would be to just have a little bit of patience," Kupchin said. "If you do slide off the road, stay inside your vehicle. That is a barrier for you in case anybody else slides and hits you."

According to the Missouri State Highway Patrol, there were 63 crashes in Kansas City, Missouri, between 5 a.m. and 11:30 a.m. Friday. Thirty-five of those crashes had injuries. That compares to the 16 crashes during the same time frame Thursday.