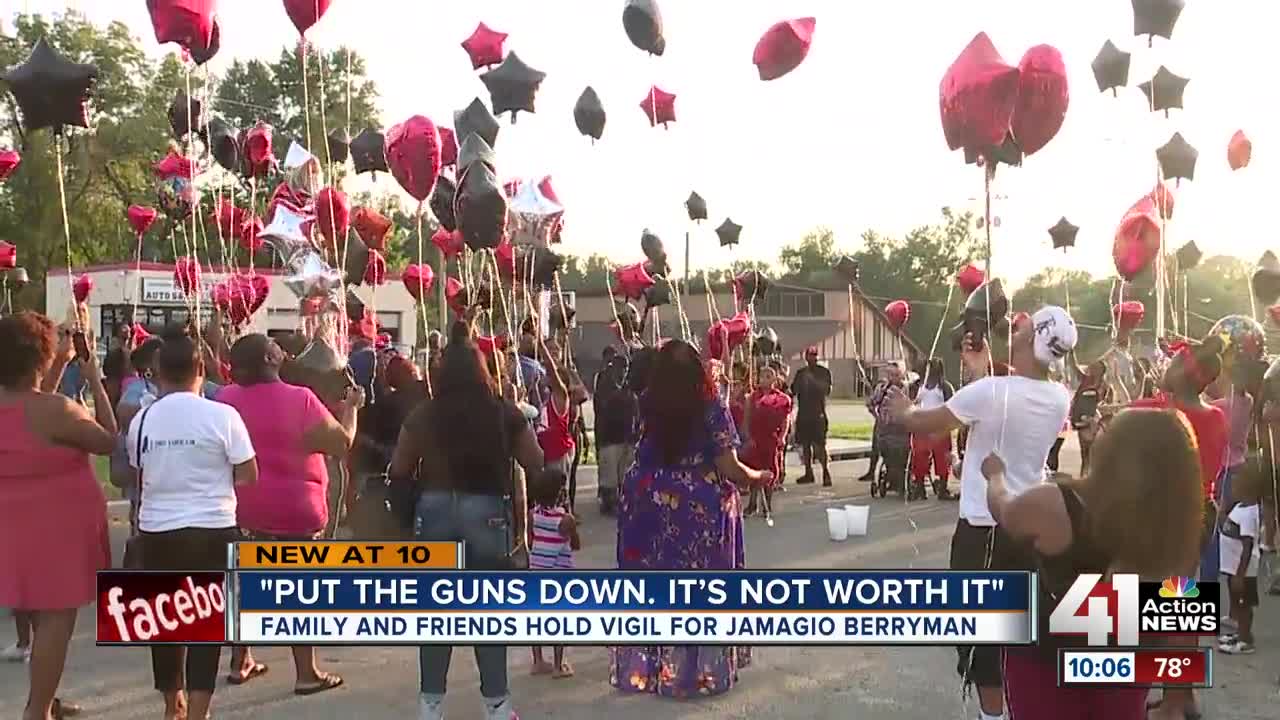 Family and friends held a vigil for Jamagio Berryman, who was gunned down on the street Friday. 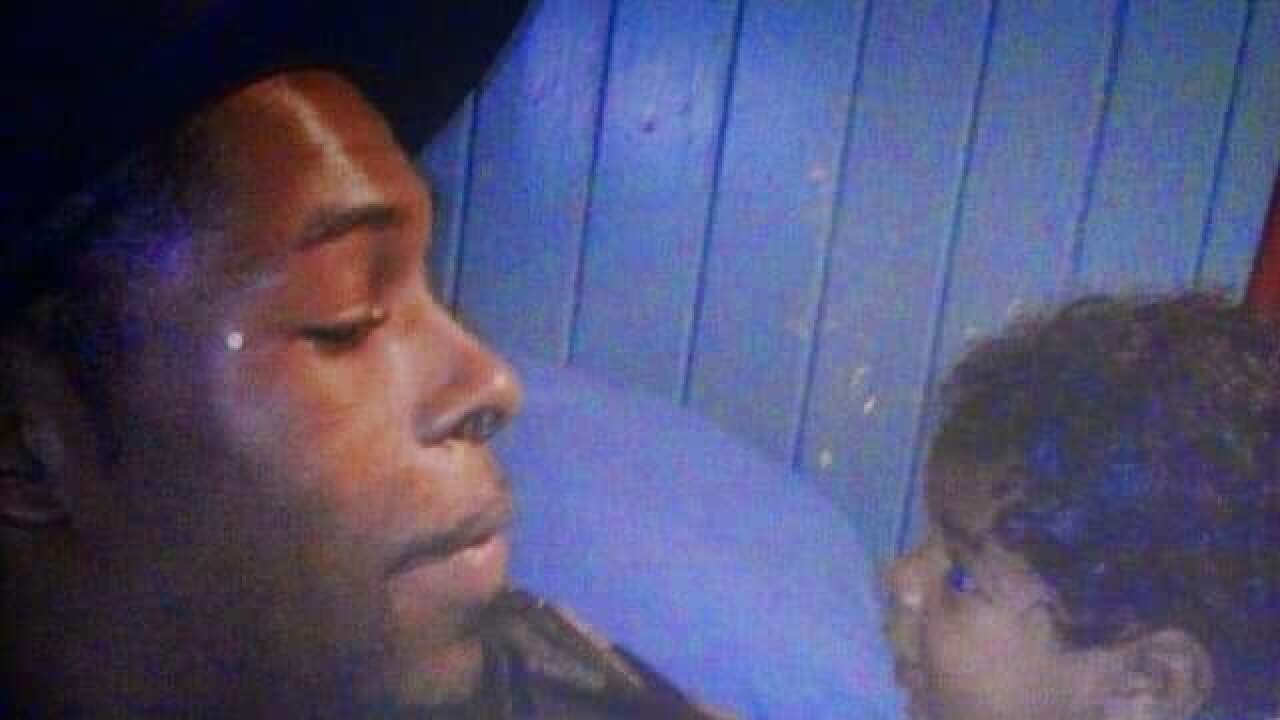 KANSAS CITY, Kan. — Friends and family are mourning the shooting death of a beloved son, father and member of the LGBTQ community.

Jamagio Jamar Berryman was gunned down near 60th Street and Leavenworth Road on Friday afternoon. Police continue to search for a person of interest who is believed to have been in a relationship with Berryman.

Dozens of people went to the scene of the crime with black and red balloons to honor Berryman and call for an end to violence.

"Once that trigger is pulled, it's too late. You can't go back. Put the guns down," Gibson said.

"She keeps like (saying) I want my daddy, where my daddy at? And it's just like, how do you answer that question to a five-year-old?" asked Ronnie Gates, who dated Berryman for more than a decade and remained his friend.

Berryman also went by Ja'Leyah, and the Kansas City Anti-Violence Project released a statement saying her death "marks the 19th murder of a transgender person this year, all of whom were Black trans women."

It's the second such incident in the Kansas City area this year. In June, a transgender woman named Brooklyn Lindsey was shot and killed. Her body was found on the front steps of a home near Independence Avenue and Spruce Avenue.

The KCAVP statement goes on to say:

"As we hold space to remember and uplift Ja'Leyah, we must also recognize the factors at play that contribute to the dramatically increased risk of violence that trans women of color- especially Black trans women- face everyday. Restrictions on basic needs and services like housing, employment, safe streets, healthcare, and protection under the law are just some barriers that put our sisters in harm's way daily. The discriminatory and violent systems that perpetuate violence against transgender women of color are a direct result of bias from within and outside our own communities. Ja'leyah's light shone to a select few, but we will let her light shine on all of us today."

A light taken from the world far too soon.