KANSAS CITY, Mo. -- What you could do for free is costing Kansas City millions of dollars every year. 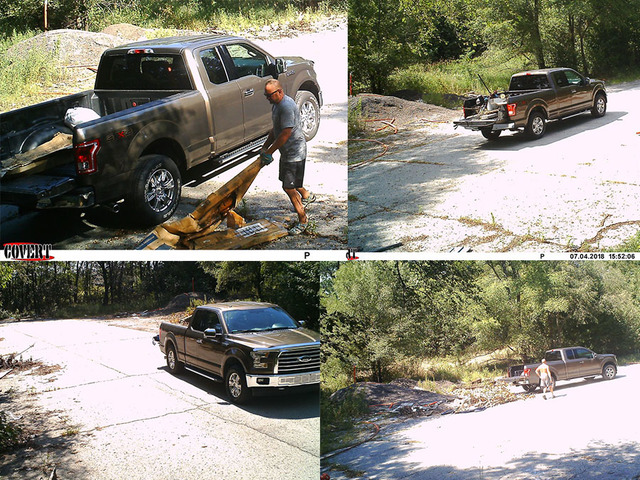 Alan Ashurst has been an illegal dumping investigator with the city for more than five years. He said the man pictured above, as well as many others, has been trashing the spot near Tiffany Springs Parkway and N. Shannon Road in the Northland.

Much of the trash at the location could have been dumped for free. Ashurst said if he identifies the man in the photos, he could face a $700 fine, if not more, for dumping one load.

"Individuals will get comfortable with a spot, so he thinks he can dump here and he's in the clear, so he'll continue coming back here until he gets caught," said Ashurst.

The city is unfortunately left to clean up the mess.

"They'll just take a Bobcat, push it all into one big pile and then have the crane truck, pick it up and dump it in the back of the truck," said Ashurst.

Every year, Kansas City budgets $2 million for illegal dumping cleanup. In his five years as an investigator for the city, Ashurst said he's given out more than 750 tickets. He's hoping the man in the photos and others stop trashing the city.

If you witness someone illegally dumping or you recognize the man or truck in the photos above call (816) 513-DUMP.