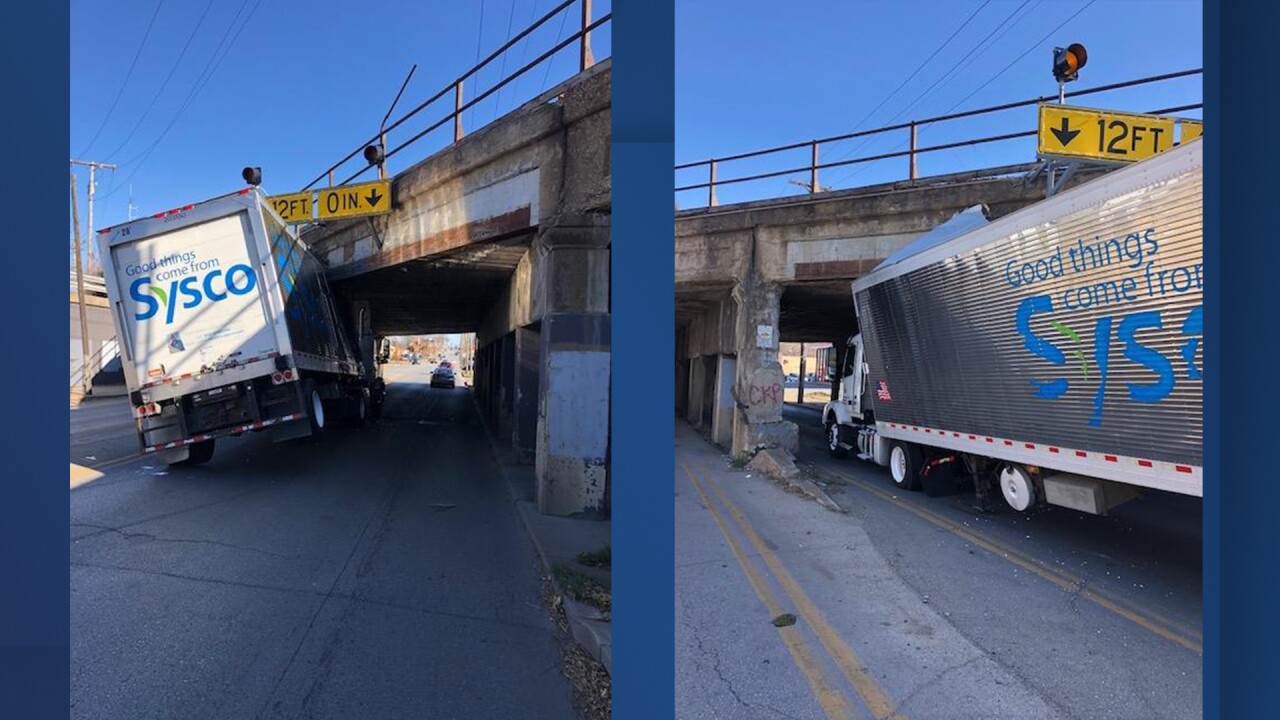 KCPD
Three trucks crashed into the Independence Avenue bridge during the week of Nov. 15, 2020.

Three trucks have crashed into the Independence Avenue bridge near Wilson Avenue this week, according to Kansas City, Missouri, police.

The bridge, nicknamed "the truck stop" has won many a battle with trucks in Kansas City over the years.

Despite numerous low clearance signs put in place by the bridge's owner and the city, crashes still occasionally happen.

The solution isn't an easy one, though. 41 Action News reported in 2019 it would involve raising the bridge or lowering the roadway — both options that require a lot of funds.