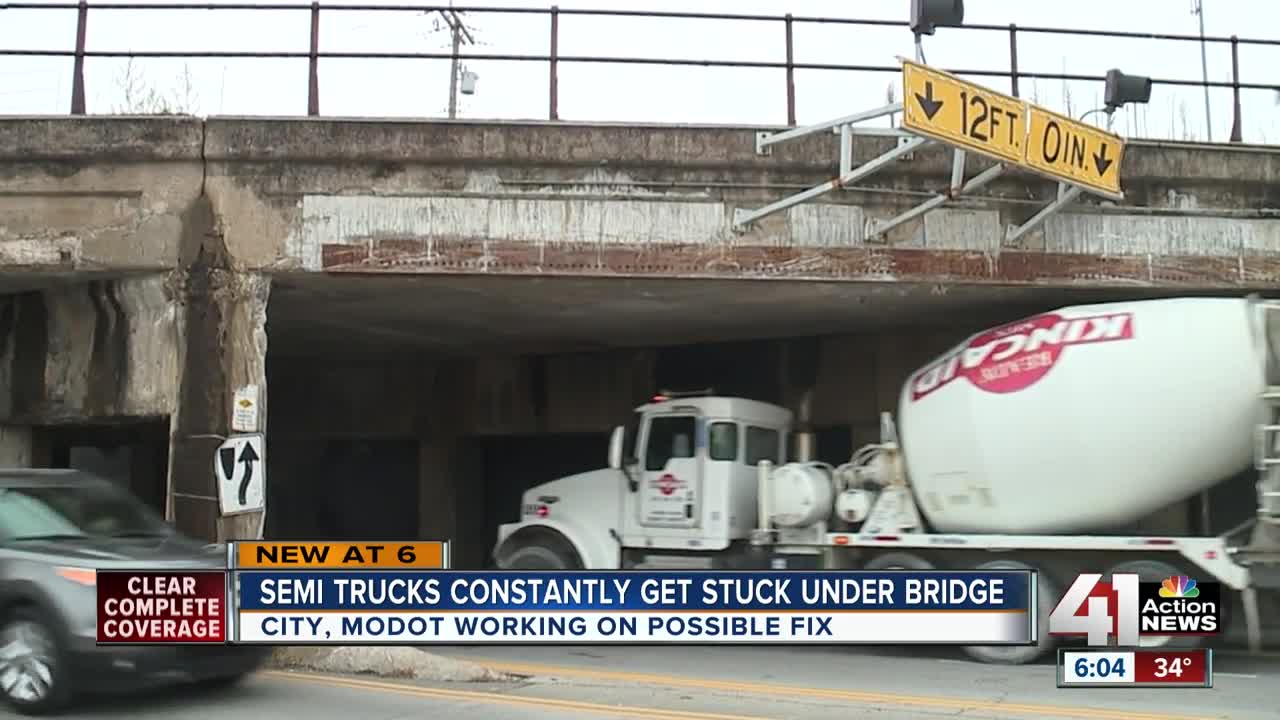 People who live and work near Independence Avenue and Wilson Avenue are fed up with semi-trucks crashing into the same bridge. 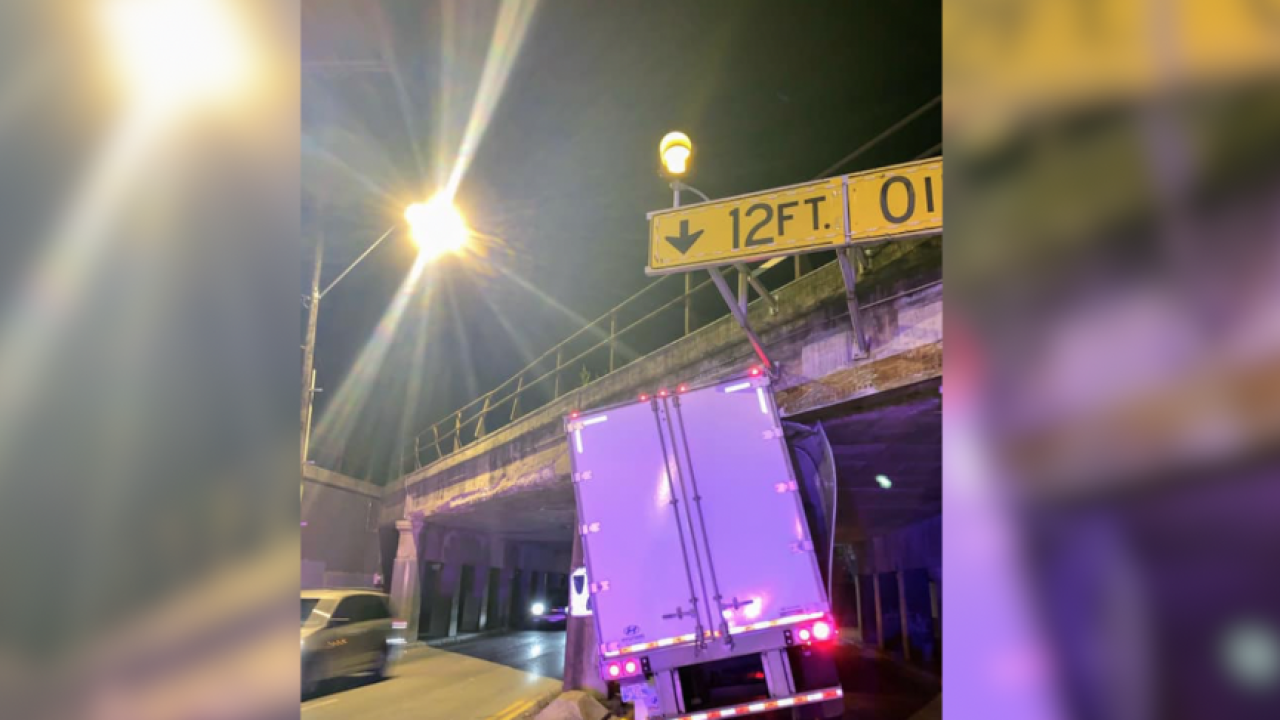 KANSAS CITY, Mo. — People who live and work near Independence and Wilson avenues are fed up with semi-trucks crashing into the same bridge.

For years, commercial trucks have either missed or ignored the signs that warn them the bridge with a 12-foot clearance is ahead.

In the past two weeks, two trucks have gotten stuck or damaged their trailers because of the clearance.

On Saturday, Oct. 19., a truck managed to make it through, but the top of the bridge caused major damage to the trailer. This past Sunday, a second truck became wedged inside.

The bridge, which was built in 1912, is owned by the Kansas City Terminal Railway.

Both the City of Kansas City and the Kansas City Terminal Railway have posted signs marking the bridge's low clearance.

For each traffic direction, there are two clearance-warning signs about 300 feet apart that the city installed, which is more than what would usually be installed at low-clearance locations, according to Public Works Spokesperson Maggie Green. Green said the city also has reported the bridge's low clearance to GPS companies with the hopes of integrating the spot into GPS mapping devices.

In addition to those signs, the railroad installed a flashing, 12.0' sign on the bridge itself.

Shawn Lauby, director of safety and administration at the Kansas City Terminal Railway, said the company has spent nearly $100,000 in the past 10 years on warning sign upgrades and repairing damage from crashes.

"In response to many of these collisions, we have to send out emergency structural engineers to evaluate the structural integrity of the bridge," Lauby said. "It is frustrating. It's a drain on our resources of the Kansas City Police Departments. It's a problem for the motoring public having the street clogged up every time this happens."

Despite the numerous crashes, Lauby said the structural integrity of the bridge is in good condition. He said he believes the driver from Sunday's crash was an out-of-towner. Looking back at crash records, Lauby said, he believes most of the crashes are drivers who are not from the area.

Kansas City native Eli Aguilar recalled his own experience when he witnessed a truck crash into the bridge and almost became a part of the crash himself.

"I was able to stop," Aguilar said, “but if I didn't get my distance or stop on time I would have wrecked on the back of the truck.”

"I don't know why they don't fix it," Aguilar said.

The solution, however, isn't simple.

Green said the city has looked into options for raising the bridge or lowering the roadway, but both would require significant capital investment and cost sharing with the railroad.

While those changes likely won't happen any time soon, one change is coming to the area.

The city and the Missouri Department of Transportation are working together to change the highway designation along Independence Avenue between Interstate 435 and Interstate 70.

Matt Killion, MoDOT Engineer, said the change will mean that stretch of Independence Avenue will no longer be considered U.S. Route 24.

"We've been talking with the city about this for several years,” Killion said, “and it's finally coming together.”

Once the highway designation is gone, U.S. Route 24 traffic will be re-routed using Interstate 435 and Interstate 70.

The city hopes the change will allow that stretch of road to operate more like a neighborhood than a highway, which will increase safety for drivers and pedestrians.

It is not yet clear how the change could affect the commercial-vehicle crashes into the bridge, but Killion said he believes the change has potential for positive effects.

"I think it will definitely benefit the city and help solve some of their concerns they have along the corridor," Killion said.