Independence couple struggles with police-chase damage for nearly a year 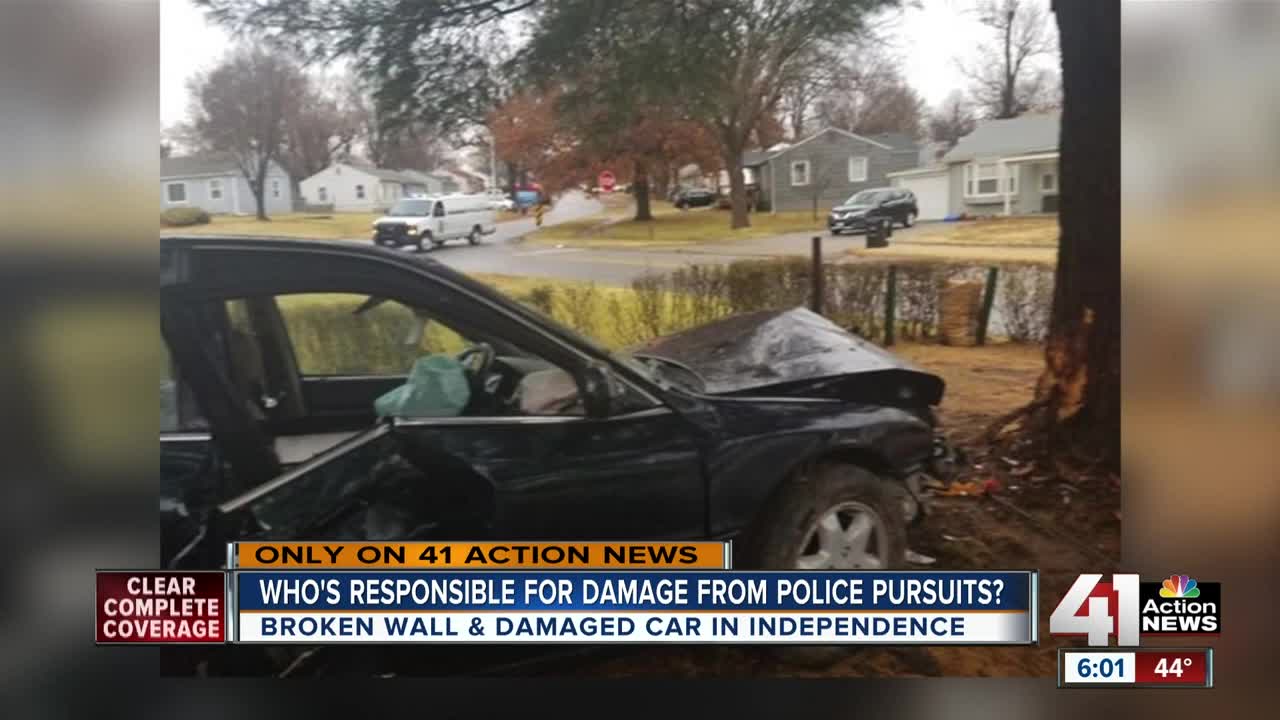 Who pays for damage caused by police chases in Independence is still causing confusion for property owners. 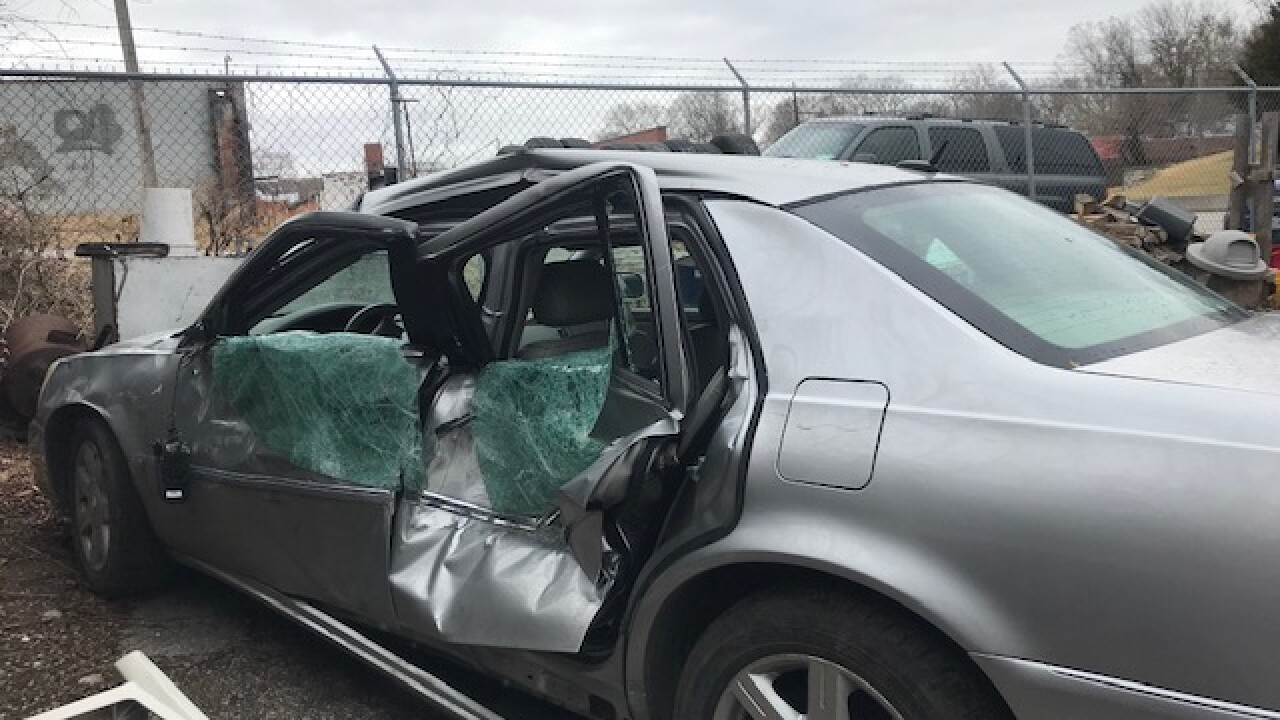 INDEPENDENCE, Mo. — Who pays for damage caused by police chases in Independence is still causing confusion for property owners.

A few weeks ago, 41 Action News reported on an auto repair shop owner who couldn’t get answers after a police chase caused damage to a car in his possession at the time.

Since then, several residents have contacted 41 Action News with similar situations.

Independence residents Constance and David Stagner have had a torn up brick wall in their yard and car damage for more than one year because they couldn’t find out who was financially responsible.

According to a police report, an Independence officer was pursuing a stolen car Feb. 19, 2019, when it crashed into the Stagner’s yard.

“We heard a big bang and we thought something hit the house,” Constance Stagner said, “and we came outside to look in the front yard and everything was covered with police cars.”

Constance said the couple has not received guidance from police or the city about next steps.

“We didn't know which way to go, if we go toward the person who stole the car, or if it's through a city thing,” she said. “We weren't sure the actions to take.”

41 Action News has reached out to the police department and city for several weeks.

Tuesday the city sent this statement:

The City has a claims process for anyone who believes they have incurred a personal injury and/or property has been damaged by an action or inaction of the City. A claim form can be found on the City’s website. Once received, risk management assesses the claim and resolves it as appropriate. It is important to note that claims are evaluated individually and cannot be broadly categorized as details for each situation are unique.

Before the insurance switch, the city's insurer covered damage from police chases more than $10,000 and damage less than that came from the city's budget.

Constance said the claim form is news to her and her husband, and it would have been nice to know it existed.

“For us, it's just a whole bunch of question marks because we don't know,” she said. “We don't want to claim it on our homeowner's insurance and it come on us since obviously it had nothing to do with us.”