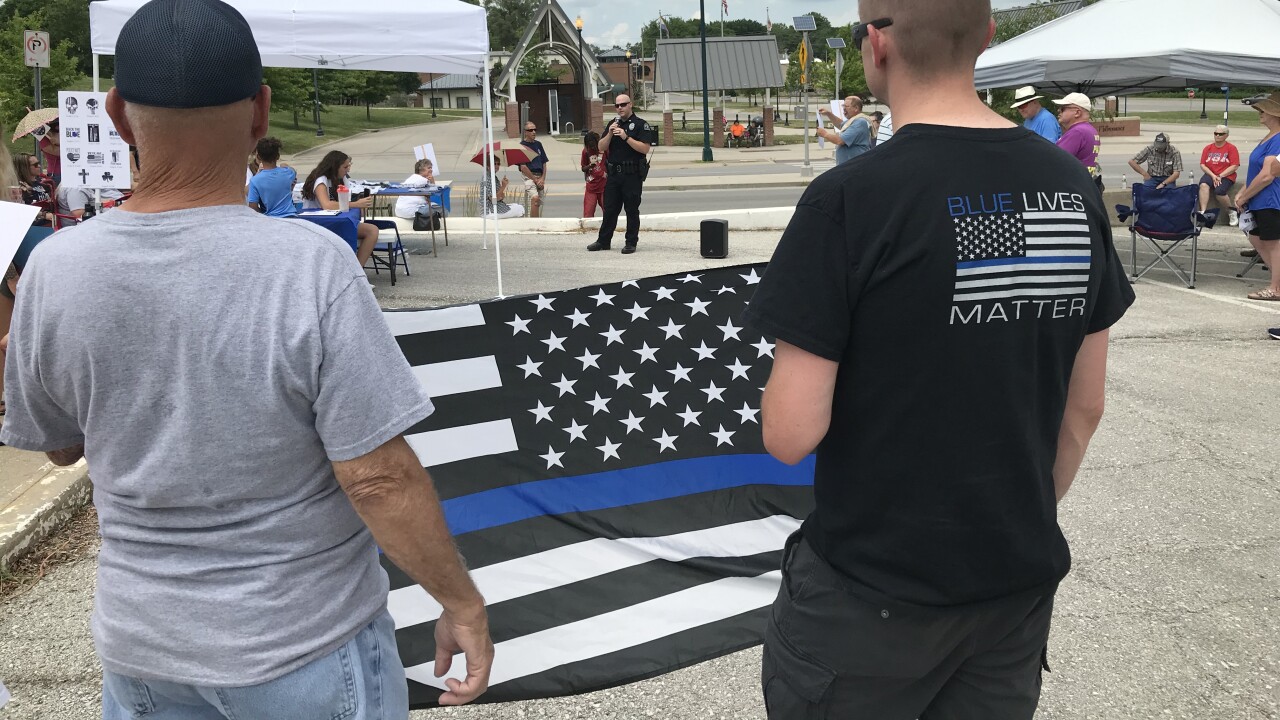 Dale Messing/KSHB
About 40 people attend a rally on Saturday, June 20, 2020, in Independence in support of law enforcement.

KANSAS CITY, Mo. — A rally in support of law enforcement prompted about 40 people to gather Saturday in Independence.

The rally took place across the street from the Independence Police Department.

Sonja Griffith, whose husband is a police officer, said she attended to show support for a profession that she believes is “not getting the credit or respect that it’s due.”

“It's hard when you hear the stories of the things they do and the ways that they help people they don't know,” Griffith said.

However, she also said there is a conversation that needs to happen between officers and the communities they serve.

“There’s definitely policies that need to be changed to improve interaction between police officers and the community,” Griffith said. “But without a doubt, I think this has taken on a tremendous political stance.”

Griffith said she hopes that dialogue can continue in a peaceful manner.

“I do believe that every voice needs to be heard,” Griffith said, “but it can't be heard unless it's listened to from the heart and spoken to from the heart. And I think that's where we need to be.”

A variety of people attended, including family members of officers, retired law enforcement and the general public.