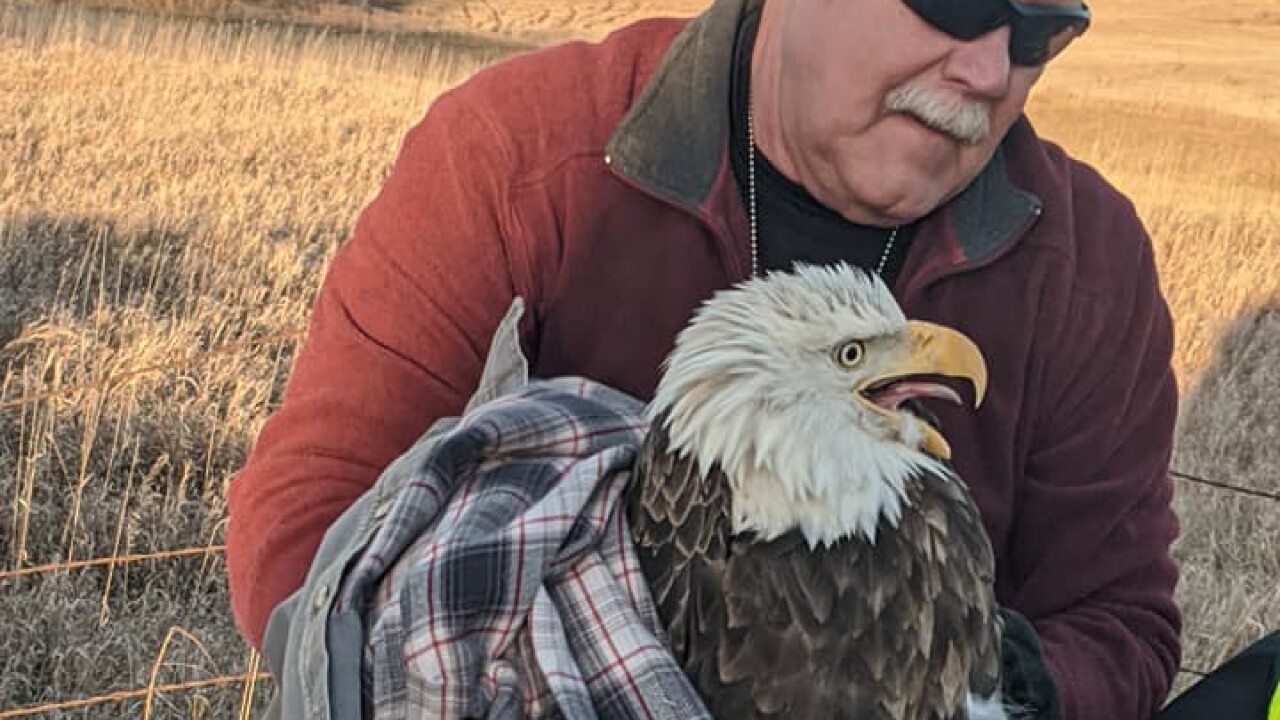 The Clinton County Sheriff’s Office posted on Facebook that deputies were called to 116 Highway between Lathrop and Plattsburg where the bird was spotted.

A tree service company and area police officers safely removed the eagle. It was taken to the Missouri Department of Conservation.

Previously in danger of becoming extinct, the bird was placed on the endangered species list in the 1970s. It was removed in 2007.