THE DARK STATE: How do other states handle public records? 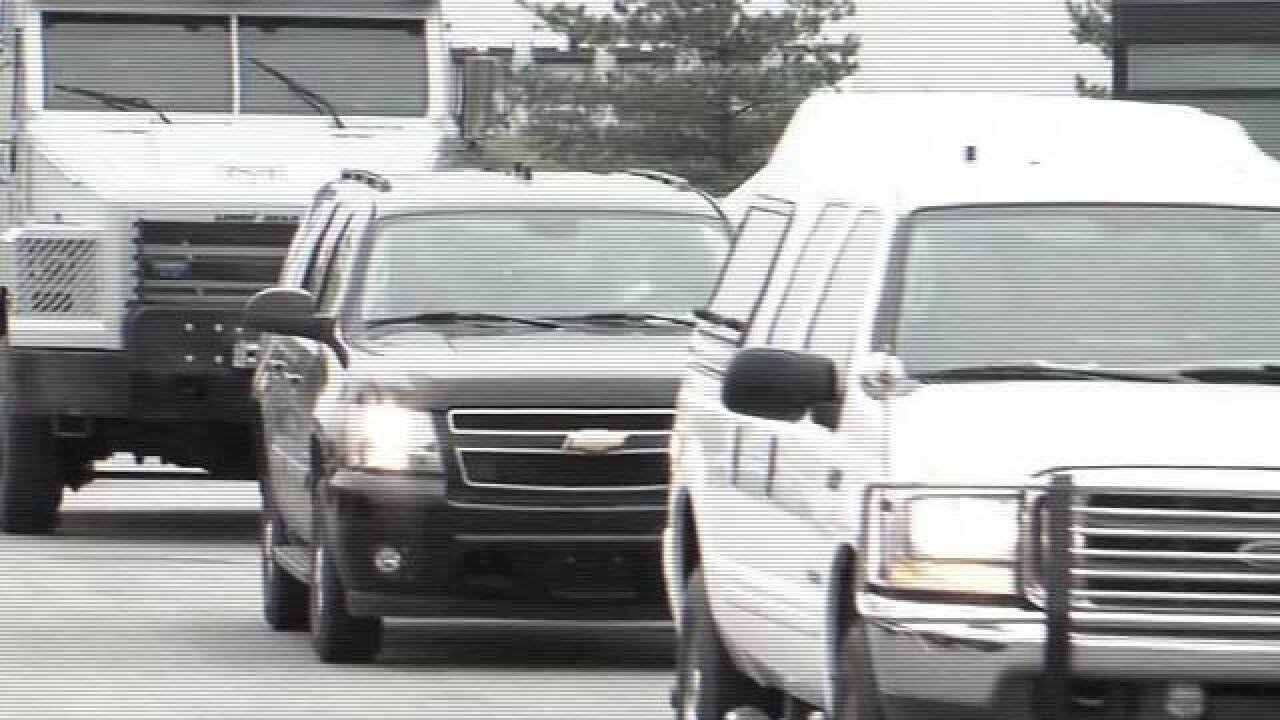 You can watch an extended-length documentary and read more about The Dark State investigation at KSHB.com/darkstate

The boys for the thrill of it went “hunting” and spotted Chris Lane, an Australian collegiate baseball player, jogging along a road, police reports said. One of the boys shot the promising athlete in the back.

Lane staggered across the pavement, dropped into a kneeling position and collapsed, witnesses told police.

The witnesses attempted to revive him, but he died.

That information whipped around the world in just a few hours after Lane was killed.

That’s because in Oklahoma, unlike Kansas, laws require that police reports and arrest records be open to the public.

Kansas is the only state that the law requires police records to be sealed, and the only way to open them is to file a motion in court asking a judge to release them. It’s an expensive venture with no guarantee the records will be opened.

Kansas law enforcement officials say if the records are public, juries could be tainted, and defendants might not have a fair trial.

Kansas Attorney General Derek Schmidt oversees the open records laws, but he has been silent on the controversy over the closed police records. He did not return multiple calls over a two-week period requesting an interview for this story.

Even in Kansas, some justice officials don’t agree police records should be closed. In Lyon and Chase counties, the records have remained open for more than 30 years, and officials there say no cases have been harmed.

“To my knowledge there has never been a Kansas case overturned because of pretrial publicity,” Kent Cornish, president of the Kansas Association of Broadcasters told 41 Action News. “There is enough that a judge can do to overcome that. There is a reason that every other state opens up their records far more than Kansas, and nobody seems to have a problem.

Investigators with 41 Action News reviewed laws in many states and found that all of them presume police reports, arrest records and search warrant affidavits are open

In Arkansas, Iowa, Missouri and Oklahoma, most police arrest affidavits are open with few exceptions. Those include reasons such as the names of rape victims and minors, which are redacted in the reports, Vance Harrison said, executive director of Oklahoma Association of Broadcasters.

“Virtually everything is open,” Harrison said. “By and large, it works pretty well.”

Harrison expressed surprise when he learned that the Kansas Open Records Act closes most criminal records: “Wow! Wow,” he said.

Step across the state line back into Kansas and information about murders is extremely limited.

In Overland Park, for example,  police did not say for days that a South Carolina pediatrician was missing or that they had finally found her body and listed her as a homicide victim.

Francesca Brown disappeared Sept. 3, 2012, while attending a conference in an Overland Park hotel near Quivira Road and College Boulevard. On Sept. 8, police first learned from Brown's mother that the doctor had not returned to South Carolina. But police officials never released a missing person’s report.

Television news crews discovered police searching woods near the hotel Brown had been staying at. But police refused to say why they were conducting a search or provide a report -- and never said the doctor was missing.

On September 12, police detectives discovered Brown’s body in the woods. Still they did not tell the public a woman had been murdered.

Finally on September 17, more than a week after Brown's mother called police to report her daughter missing, law enforcement officials held a press conference to announce the doctor had been murdered and they had captured her killer.

Law enforcement officials have said they kept the information secret because they didn't want the killer who fled to South America to know they were searching for him.

Supporters of a bill to open records point to two other cases: