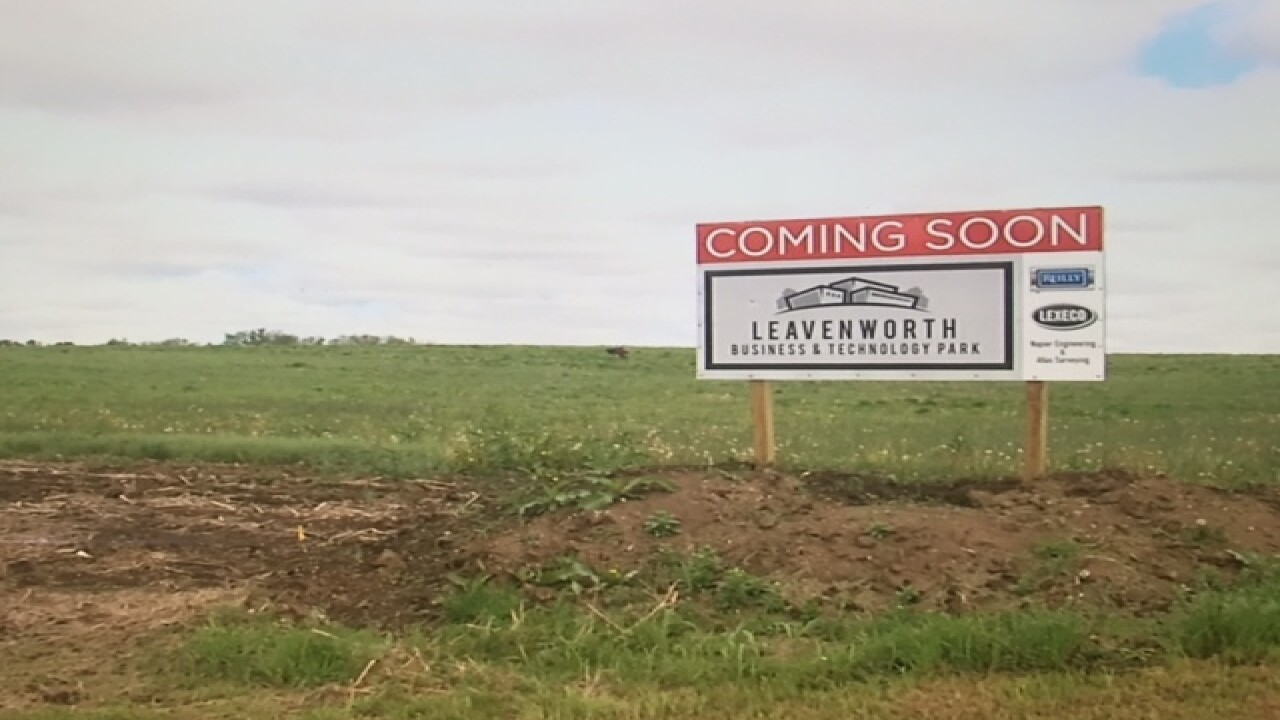 There's concern over a pending proposal for a new Leavenworth industrial park that may be a bait-and-switch with taxpayer money for people with government connections to profit.

In April, the Leavenworth County Board of Commissioners voted 2-1 to put roughly $5 million towards a new $10 million industrial park.

The city would pick up the tab for the other $5 million and manage the project.

Holland, who was the only commissioner to vote against the plan, has several concerns about the deal.

It started when Harland Russell had his engineering firm do a preliminary estimate on building a new industrial park for the Leavenworth County Port Authority, or LCPA, on property owned by real estate developer Mike Reilly.

Reilly had that same property listed for sale for several years without any buyers.

Russell is the vice-president of the Leavenworth County Development Corporation or LCDC. That organization is charged with promoting projects like the industrial park.

Then Reilly, an LCDC board member, told the LCPA he could do the project for about $2 million less than Russell's estimate.

Asked by the 41 Action News Investigators if there seemed like there was some kind of conspiracy by Russell and Reilly to set up the deal that way so Reilly could say he could do it for a lot less, Holland replied, "It seems like it."

Despite Leavenworth County rules requiring bids for anything costing more than $25,000, the LCPA entered into a no-bid deal with Reilly to not only buy his land for the industrial park, but also for Reilly to develop it.

Under terms of that deal, Reilly had to put no money up front. It would be completely paid for with taxpayer dollars.

"This wasn't a public project, this was a private partnership funded publicly," said Reilly.

"We can, I think, do a lot better if we put this out for individual bid," Holland said.

Greg Kaaz has been one of the driving forces behind the industrial park deal for the LCPA, including updating commissioners on its progress.

Kaaz was on the LCPA board when Reilly's deal was signed.

After it was a done deal, Kaaz then resigned from the LCPA board.

Kaaz is also the owner of a construction company called Lexeco.

He acknowledged to the 41 Action News Investigators he had a deal with Reilly to help develop the industrial park in that no-bid deal.

When the 41 Action News Investigators asked Kaaz if he and Reilly both stood to personally profit from the deal, he said, "We're in business to make a profit, that's correct."

Kaaz also serves as chairman of the Leavenworth Water Works, a public utility.

He voted in favor of extending the water line with customer money to the proposed industrial park. The cost is an estimated $893,000.

Reilly would not only benefit from the water line going to the industrial park, but also for residential property he's developing just west of there.

"It certainly is a conflict of interest in my books," said Holland.

"You can make any process look dirty, but quite honestly that is a completely false statement," Reilly said.

Last December, there was a groundbreaking at the proposed industrial park site.

But it happened before the Kansas Attorney General Derek Schmidt approved the deal.

After reviewing it, Schmidt had several concerns, including the LCPA paying for it.

Local leaders then simply dropped the LCPA from the inter-local agreement, leaving the AG without authority to look at it.

When the 41 Action News Investigators asked Commissioners Holland and Smith if there was an intentional end-run on the Kansas Attorney General to pull the LCPA out of the deal, Holland replied, "Oh sure, sure, ya."

Smith replied, "No, I would disagree with that."

First, he noted the money would come from a sales tax voters approved specifically for three road projects, not the industrial park.

He also told commissioners the updated request for proposals set up only one potential site for the park, Reilly's same property.

That property still had a sign in April calling it the future site of the park long after the original deal collapsed in February.

Despite the advice from their county administrator, commissioners voted to move the new deal forward anyway.

The 41 Action News Investigators asked Reilly in April why his sign was still up when the original deal was long collapsed.

"I can put up a sign on any of the properties we own," he said.

"Whether it's bad or not, it looks bad," Holland said.

Reilly told the 41 Action News Investigators in April he hadn't made up his mind to bid on the industrial park project after his original no-bid deal fell through.

But after the city recently unveiled the bids to build the industrial park, Reilly had the only one.

Only this time, Reilly increased his price from the no-bid deal of $9.6 million to nearly $10.7 million, just a little over $300,000 less than Russell's original estimate for the project, which led to the original no-bid deal because Reilly said he could do it for nearly $2 million less.

Kaaz's company, Lexeco, is also listed as a partner in the new proposal.

The city leaders' vote to move that proposal forward is pending.