HURRICANE HELP: Learn how you can help provide for victims of Hurricane Ian
NewsLocal NewsInvestigations

Couple in international legal battle for custody of daughter 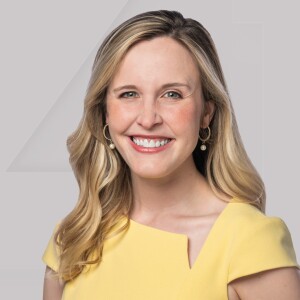 Couple in international legal battle for custody of daughter

KANSAS CITY, Mo. — Imagine sending your 12-year-old daughter overseas to visit relatives, only to have that short vacation turn into more than a two-year fight to get the child back.

That’s the international battle a couple with ties to the Kansas City area is now facing.

“She never came back basically. That was it. It’s unbelievable,” Edwin Lankamp, the girl’s father, said.

The complex legal saga began in 2019 in Orlando, where Lankamp, his wife Jessica Huckabey and their daughter, Shaine, lived.

The 12-year-old loved performing, a passion she shared with Huckabey, who has raised the girl since she was 2, when Shaine’s biological mother died.

“I don’t believe it’s about blood. Love is thicker than blood,” Huckabey said.

“She couldn’t be closer to me if she was my own child,” Trugly said, tearing up.

The family had its challenges.

Lankamp, born and raised in the Netherlands, carries invisible scars from serving in the Dutch military.

His struggle came to a head in February 2019, when police arrested him for battery. It was unrelated to his daughter, and the charges were later dropped.

“I had an episode of PTSD. To sort things out, we sent Shaine to the Netherlands,” he said.

The plan was for Shaine to temporarily stay with Lankamp’s family while he recovered.

“We made the arrangement for her to stay for two weeks, and then was going to come back,” Huckabey added.

But she never did.

Shaine quickly stopped answering calls, and in a shocking plot twist, Lankamp and Huckabey learned they’d become the focus of a child protective services investigation in the Netherlands.

From the family, the 41 Action News I-Team obtained a rough English translation of a Dutch child protective services report.

It says Shaine told her aunt and uncle that she was “sometimes beaten by her stepmother.”

An email from the Florida Department of Children and Families confirms there were “no reports of child abuse, abandonment or neglect” when the family lived there.

The couple even went a step further to clear their names.

“We asked DCF to investigate us, and nothing was found,” Lankamp said.

In fact, Florida DCF concluded the family should simply continue with the counseling services they were already engaged in at the time.

However, according to the Dutch report, Shaine told her aunt and uncle that her father and stepmother often argued with each other, and nothing seemed to help.

Shaine added that she and her stepmother also had a lot of arguments, and she found the family’s frequent moves “annoying.”

Investigators in the Netherlands spoke to Lankamp, too, and in the same report wrote that he told an official Huckabey “always comes into conflict with Shaine and applies both physical and verbal abuse towards Shaine- including hitting and screaming.”

In an interview with 41 Action News, Lankamp said there was never any abuse.

The couple’s attorney called the statements in the report a misunderstanding.

“When he read the report back, he said this is not what I said and not what I meant or intended to say. It did not happen,” Attorney Nynke Whiterod said, “But by then it was already in the court. They tried to explain it to the court. They were not advised to have a lawyer present.”

Whiterod believes the truth was lost in translation, and it was “a fight against parents” from that point forward.

A Dutch court ruled in 2019 that Shaine should be placed in foster care with her aunt and uncle.

She hasn’t set foot on American soil since.

“Just the lack of feeling on anybody’s part that this child has been taken from her family, it’s so extraordinary that this could happen in this day and time,” Trugly said.

A spokesman for the Raad voor de Kinderbescherming (RvdK), which is the Dutch child protective services agency, said he could not discuss individual cases.

An attorney for Shaine’s aunt and uncle declined comment due to ongoing litigation.

The couple, however, continues to maneuver through this international legal labyrinth.

Sometimes the scales of justice tip in their favor.

Other times rulings halt any reunion.

“I kissed her on the driveway, and I got in the car and left to get dinner, and I never saw her again,” she said, crying.

Complicating this case is an international treaty called the Hague Convention on the Civil Aspects of International Child Abduction.

Under that treaty, the Netherlands declined to return Shaine to the U.S. because she was subject to grave risk. The court also noted that Shaine, now 14, said she doesn’t want to come back.

That’s a key factor, according to NYU Law Professor Linda Silberman, who is an expert on the Hague Convention.

“European courts and maybe courts in other countries tend to put a great deal of weight on a child who says ‘I don’t want to return,’ particularly if they had good reasons,” Silberman said.

Even in the United States, an older child’s objections to return are taken seriously, Silberman added.

However, Huckabey and Lankamp feel as though their daughter, who was 12 when she went overseas, has been turned against them over the two years they’ve been apart.

Huckabey was shocked to learn the courts gave a child such power.

“There are age-appropriate things that a 14-year-old child can decide. What clothes they wear, what classes they take, what extracurricular things,” she said, “But they expect all of a sudden that she’s supposed to make these life-altering decisions about what country are you going to live in and with whom?”

As the legal battle raged overseas, the couple turned to the courts in Kansas for help.

Since Huckabey’s mom, Stephanie Trugly, lives in the metro, they planned to relocate and reunite with Shaine here.

A Johnson County judge ruled in November 2020 that Shaine should be brought to Kansas and remain in protective custody until the court could determine next steps.

“You have a situation in which you have two courts in different countries thinking that they are the right one to hear this case,” Silberman said.

She described it as a highly unusual situation, and “the first case like this” she has seen.

The I-Team contacted the U.S. Department of State earlier this year about this situation. An official said staff in Washington, D.C. and at the U.S. Consulate in Amsterdam are working closely with Dutch authorities and the family to resolve the case as quickly as possible.

Silberman and another expert the 41 Action News I-Team consulted believe the Dutch courts will have the final say, especially now that mediation attempts in the Netherlands have failed.

Huckabey and Lankamp, though running out of legal options, have refused to give up the fight.

“What parent would do that? She’s my daughter. She’s our daughter. I will keep fighting until she’s home. I’m not going to give up,” Lankamp said.

However, in the time since the I-Team interviewed the family, their story has taken another turn.

In an effort to end this years-long cycle of court cases, Dutch child protective services recently filed for permanent termination of Huckabey and Lankamp’s parental rights.

If granted, the final chapter of their legal battle may be written.

The I-Team will continue to follow the case and share any updates on the family’s fight to bring Shaine back to the U.S.

They started a GoFundMe page to help pay for their extensive legal fees.