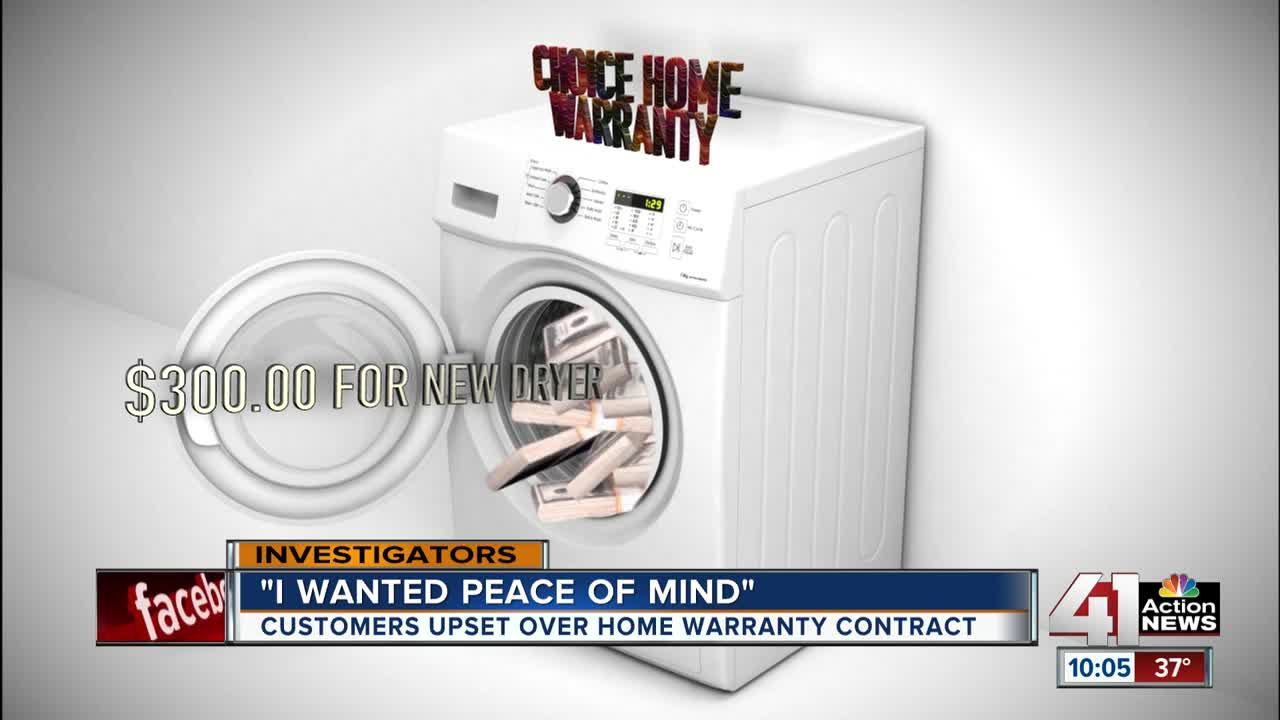 Choice Home Warranty, a company facing legal action in Arizona and New Jersey for not paying out claims, is allegedly doing the same in the Kansas City area. 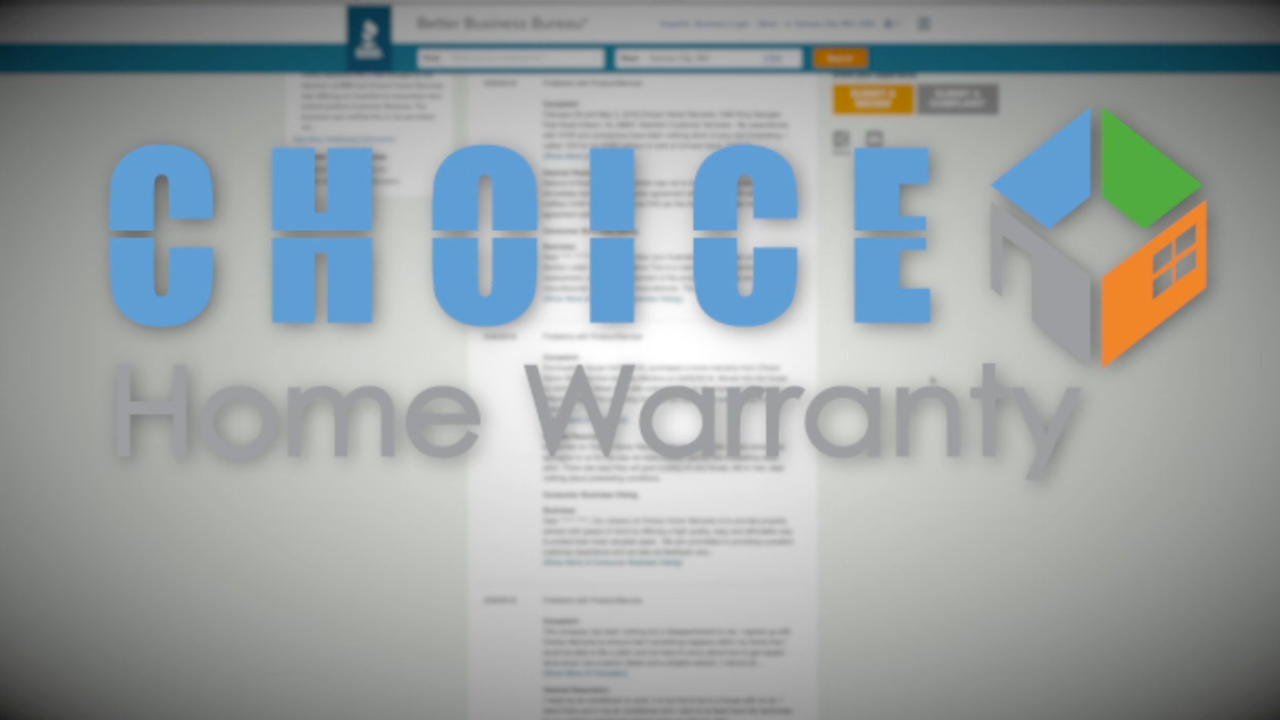 In the beginning, Riley said signing a contract with Choice Home Warranty was a worthwhile investment.

The simple fixes, she said, were no problem.

The company fixed the garage door and took care of some plumbing issues at her home in the Waldo neighborhood of Kansas City, Missouri.

"It was pretty smooth sailing to get that fixed," Riley said.

But, when her dryer broken down, Riley said Choice Home Warranty became unreliable.

"Once they got their money, and they saw it wasn't a quick job, they were in no hurry whatsoever to get it done," Riley said.

For two months, Riley said she had to take her clothes to the laundry mat while a repairman made multiple attempts to fix her dryer.

Choice Home Warranty, according to Riley, agreed to pay $300 toward a new dryer.

The check never showed up, she said.

"I wanted peace of mind. This is anything but," Riley said. "This has been a nightmare."

Last year, Vicki Kingsley said she canceled her contract with Choice Home Warranty because the company wouldn't help when she had furnace, air conditioning and drain problems at her KCMO home.

"I said look, 'We've called you three or four times out here and you guys always come up with some kind of an excuse,'" Kingsley said.

In October, the Arizona attorney general filed a consumer fraud lawsuit against Choice Home Warranty, claiming the company made false promises to clients and collected millions without delivering.

In 2015, Choice Home Warranty reached a settlement after being sued by the attorney general in New Jersey for denying claims and using deceptive practices.

The company agreed to pay nearly $800,000 back to consumers.

Choice Home Warranty did not respond to an email from the 41 Action News investigators asking about the claims.

Choice Home Warranty's website states, "Since it began over 11 years ago, Choice Home Warranty has stayed true to its mission of protecting homeowners, buyers, and sellers. We offer the best service in the industry at the lowest cost. Choice is the best home warranty company for thousands of happy policy holders because we listen to our customers. This means we can give them the coverage and quality of service they deserve."

When looking for a home warranty company, Aaron Reece with the Better Business Bureau of Greater Kansas City said consumers should pay close attention to the exceptions in the contract.

"If they start making exception after exception in the contract, that's where you want to be careful," Reece said.

Consumers should also find out if their appliances are still under a manufacturer's warranty before purchasing a home warranty.

Riley said she canceled her contract.

Afterward, Riley said she spoke with someone from Choice Home Warranty and asked about her $300 reimbursement. The company, Riley said, will not be sending her a refund because she canceled her service with them.

"They will not budge," Riley said. "I just want everyone to be alerted: Choice Home Warranty is a scam."