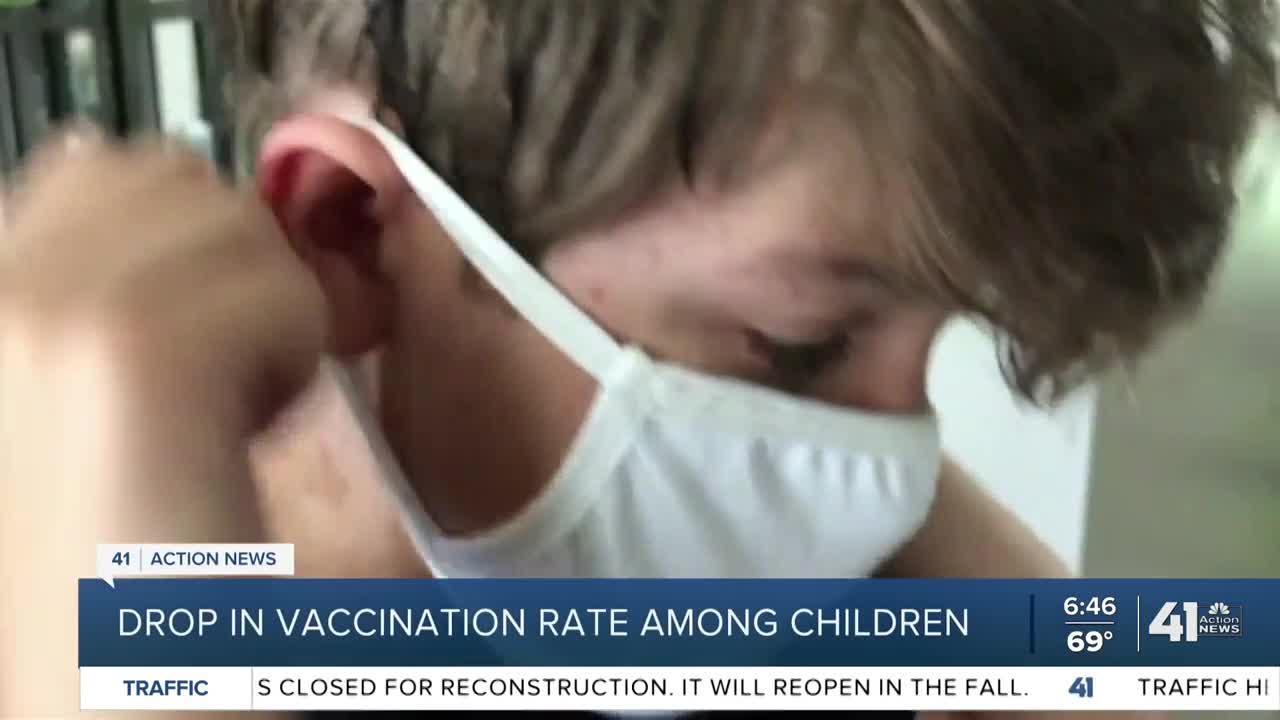 Data shows a drop in vaccination rates among children.

KANSAS CITY, Mo. — Vaccines are a big part of going safely back to school, but health care providers are seeing a troubling trend.

Fewer children are coming in for vaccines, and that is unusual, especially this late in the summer.

Tausz said traffic at the Olathe walk-in clinic has picked up slightly over the last couple weeks, but she has been concerned by the decreases seen this summer.

The KCMO Health Department is also sounding the alarm.

From the last week of June to the first week of August, immunizations were given to 415 people, a majority of whom were children.

During the same time period in 2019, immunizations were given to 1,757 people.

On the state level, the Missouri Department of Health and Senior Services reported a 50% decrease in the number of vaccines given to children 18 or younger in April of this year compared with last year.

There was a slight uptick in May and June, but the vaccination rates still lag behind those in 2019.

Reasons for declining rates of vaccination

The health providers the 41 Action News Investigative Team spoke with cited the pandemic as the primary reason for declining vaccination rates.

For example, the KCMO Health Department's immunization clinic had to transition to an appointment-only system because of COVID-19. A spokesperson for the health department pointed out that system cuts down on the number of people in the building.

However, as health systems continue to battle COVID-19, health officials say it is more important than ever to keep children up-to-date on shots.

Otherwise, the community risks seeing an outbreak of a vaccine-preventable disease, such as measles.

"It really could overburden the system, and we might see a lot of our children fall through the cracks even if everyone was working as hard as possible," said Dr. George Phillips, Children's Mercy Division Director for General Pediatrics.

According to Phillips, Children's Mercy is fortunately not seeing a drop off in immunizations.

"One of the things we did from the very beginning was we prioritized visits for those children who were of the age where they were either due for immunizations or they were likely to need catch up on immunizations," he said.

The focus is now on older children who are getting ready to go back to school.

If your child is behind on vaccinations, contact your primary care doctor or local health department.

Appointments can be made in KCMO by calling the health department at 816-513-6108. The clinic does not currently accept walk-ins.