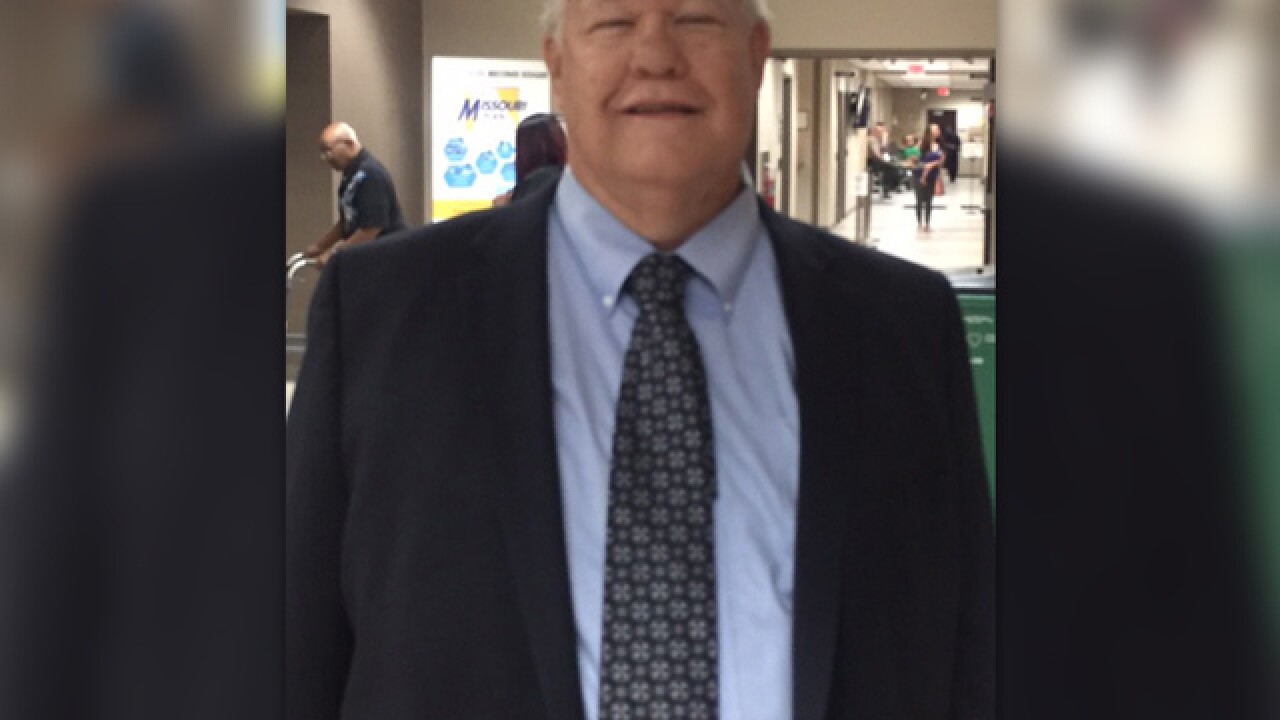 Copyright 2018 Scripps Media, Inc. All rights reserved. This material may not be published, broadcast, rewritten, or redistributed.
Andy Alcock

UPDATE, 7/13 1:25 p.m.: INDEPENDENCE, Mo. — A judge has denied an effort to have Charlie Franklin's name removed from the Democratic Primary ballot for the Third District Legislature seat.

One of Franklin's opponents in the race, Paul Wrabec, filed suit to have Franklin removed from the ballot.

Wrabec argued Franklin broke the law by signing his campaign disclosure form stating he didn't owe delinquent taxes when he did.

Franklin, on the advice of his attorney, declined the 41 Action News Investigators request for an on-camera interview.

However, he characterized the result as a "foregone conclusion".

Franklin's attorney Charles Atwell says the matter was legally clear because Franklin's delinquent taxes were on two investment properties which he says are not covered under the law.

Atwell says none of those types of taxes were in question.

He said late taxes on investment properties "happens all the time".

Wrabec issued a statement after the judge's order.

PREVIOUS: INDEPENDENCE, Mo. — A Jackson County judge will rule whether or not third district legislature candidate Charlie Franklin will be removed from the Democratic primary ballot within the next day.

One of Franklin's primary challengers, Paul Wrabec, filed suit claiming Franklin should be removed from the ballot because he had delinquent property taxes at the time he filed to run.

The 41 Action News Investigators first reported this issue last month, which prompted Wrabec to sue to get Franklin removed.

Both Franklin and Wrabec agree to the facts in the case — at issue is the interpretation of the law.

Franklin was delinquent on taxes on two Independence properties at the time he signed a campaign disclosure form claiming he didn't owe any delinquent taxes.

Franklin's attorney Charles Atwell argued the law cited in that disclosure form doesn't apply because the delinquent taxes were for investment properties, not Franklin's personal residence.

Atwell also argued Franklin was unaware of the delinquency and did ultimately pay the taxes plus penalties when he found out.

However Wrabec's attorney Phil LeVota argued under the law, Franklin's name should be removed from the ballot because the taxes were delinquent at the time he signed the disclosure form.

LeVota also argued the law doesn't allow for a state-of-mind defense, meaning Atwell and Franklin's argument of ignorance of the delinquent taxes is invalid.

He also argued it was not reasonable to believe Franklin, who's a CPA and an attorney, didn't know he owed the taxes.

An interested observer at the hearing is current Third District Legislator Denny Waits.

Waits is backing Franklin in the race to replace him.

Waits dropped out of the race after the filing deadline had passed.

Under Missouri law, when an incumbent drops out, the filing period is re-opened for five business days.

Franklin filed to run after Waits dropped out.

At the conclusion of the hearing, Judge Phillips said she'd rule on the case within a day.

The Democratic Primary for the third district legislature seat is Aug. 7.