Kansas child abuse deaths more than doubled in past 4 years

Many of the deaths were on Kansas DCF's radar

It’s been two years since the remains of Judy Conway’s grandson were found in a livestock pen.

While standing beneath a tree, surrounded by fallen red leaves, she decorated his grave at Oak Hill Cemetery in Lawrence, Kansas.

“He shouldn’t be out here,” Conway said. “He should be decorating my grave.”

Conway wrapped white lights around a heart-shaped flower arrangement and pressed a blue lollipop into the ground, representing her grandson’s favorite color.

“It’s been a long-time coming,” She said. “I think he deserved it a long time ago.”

After years of abuse, Adrian Jones, 7, died at the hands of his dad and stepmom in 2015. 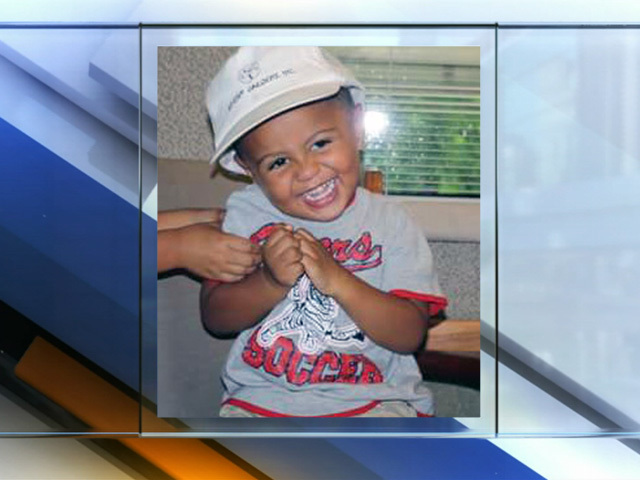 Due to the criminal investigation, Conway and her family did not receive Adrian’s remains until the summer of 2017.

While looking down at Adrian’s fresh grave, which still awaits a headstone, Conway said she wonders how many other grandparents are doing the same.

The 41 Action News investigators analyzed data from the Kansas Child Death Review Board.

Since 2012, the number of children who’ve died as a result of child abuse has steadily increased each year and more than doubled by 2015. 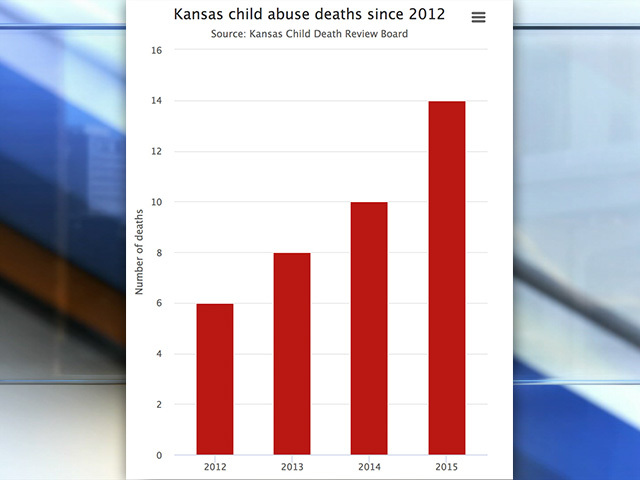 The number of deaths from child abuse in Kansas has more than doubled in four years.

In 2015, the latest year data is available, 14 children in Kansas died as a result of child abuse.

Of those 14, the Kansas Department for Children and Families (DCF) had involvement with eight of the families.

In 2014, data from the review board show 29 children were murdered that year. Per the data, 10 of those children died from abuse. DCF had involvement with 13 of these 29 families.

In 2013, there were 17 children killed. Eight died from child abuse. DCF had involvement with 10 of these families.

Community pleas for investigation into Kansas Department for Children and Families

In May, after revealing the horrific details that led up to Adrian’s death, the 41 Action News Investigators obtained Adrian’s 2,000-page file from DCF.

Adrian’s abuse was not a secret.

Social workers and police had documented the little boy’s abuse for years.

Pictures taken by authorities show a black eye and various markings on the little boy’s body over the course of his life.

Adrian even told state employees his parents were abusing him.

Since Adrian’s death, countless people from all across the country, many of whom refer to themselves as, “Adrian’s Warriors,” have written letters to state leaders asking for an investigation into DCF.

Over the past six months, the 41 Action News investigators have requested several interviews with Phyllis Gilmore, the secretary of DCF, but each request was denied.

It was announced in November that Gilmore would retire on Dec. 1 amid scrutiny of the department.

It's not known if policies and procedures were followed in Adrian's case.

No independent oversight of DCF

The Kansas Child Death Review Board looks at each case in which a child dies in the state of Kansas.

However, it’s not independent from DCF, and the reports are two years behind.

Kelly also said DCF does not have to give the task force files of children who have died and had a history with DCF.

So, there's no way to know if protocol was followed.

“I’m concerned about the lack of transparency,” Kelly said. “I’m concerned that there’s not objective review of incidents that occur.”

If state lawmakers can’t hold DCF accountable, the 41 Action News Investigators wanted to know who could.

When looking at the rest of the country, we found that 11 states, including Missouri, have a Children’s Ombudsman Office to serve as an independent watchdog overseeing protective services.

If protective services had involvement with a child who dies, the ombudsman is required to conduct a review of the child's case.

It can then determine if social workers conducted proper investigations in cases where children were abused to death.

As a result of its findings, the ombudsman can implement additional training for social workers and prompt changes in policies.

In Missouri, if someone complains that a child is being abused and social services are not appropriately following up on the case, the ombudsman can step in and remove the child from the home if necessary.

However, Kansas, has no such office.

“I think an ombudsman needs to be in there,” Kelly said. “Families who have a grievance, the only place they have to go for a grievance, is to those they feel aggrieved by. That doesn’t make any sense.”

His short life is sadly reminiscent of Adrian Jones.

In 2012, 4-year-old Mekhi Boone, was removed from his biological mother’s care after he was found wandering alone in a grocery store. 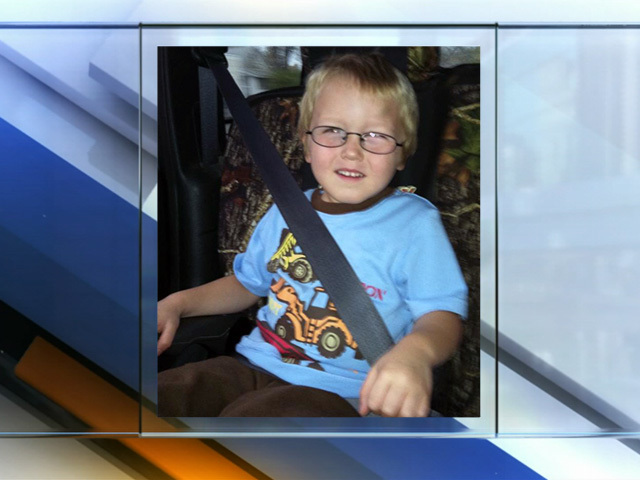 In November of that year, the state of Kansas sent Mekhi to live with his father, Lee Davis, even though a lawsuit later filed by his mother says it shouldn't have.

When DCF removed Mekhi from his mother, the agency alerted its contractor that Mekhi could not be placed in the care of his father because Davis was dangerous, according to the complaint.

Davis had a previous domestic violence charge on his record, but still, Mekhi was sent to live with Davis, according to the lawsuit.

The principal reported Mekhi had bruising on his abdomen.

According to staff, Mekhi said, “He likes going to Grammy's but hates going to his dad's. He said, ‘He slaps me.’”

When asked by a teacher where his dad slaps him, Mekhi said, “All over.”

In December, during a visit with Mekhi, a state employee noticed he had more bruises, the lawsuit states.

The boy’s father claimed Mekhi fell onto a futon while playing and DCF did not remove the little boy from his father’s care.

Three months later, Mekhi was taken to Children’s Mercy Hospital in Kansas City where he died.

“There is not a two-inch part of his body that does not have bruises. He was beat to death,” the record states.

Davis was sentenced to 20 years in prison for second-degree murder.

Davis’s live-in girlfriend was also sentenced to 10 years in prison for Mekhi’s death, though her exact involvement isn’t clear.

The lawsuit against DCF and its contractor settled out of court in 2016 for an undisclosed amount.

In September, the 3-year-old’s remains were found in a makeshift coffin inside a home in Wichita, Kansas, where the little boy lived with his mother and her boyfriend.

The boy’s grandfather, Carl Brewer, is a gubernatorial candidate and former mayor of Wichita.

“We have to have trained individuals that are responsible for keeping an eye on our children,” Carl Brewer said.

Carlo Brewer filed several protection from abuse orders, in which he states DCF was contacted numerous times with concerns over Evan’s safety. 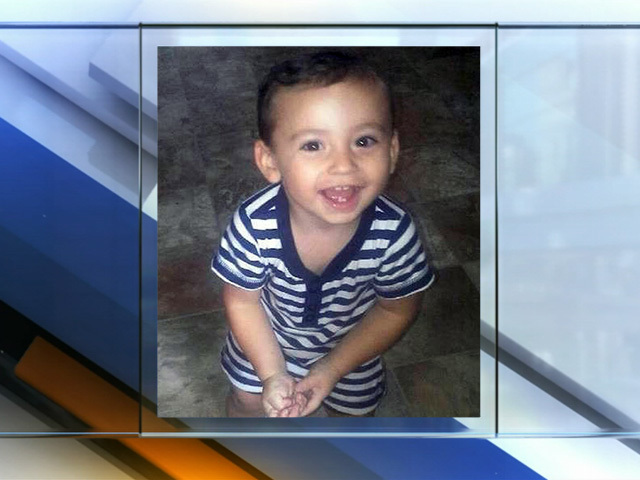 Due to the ongoing investigation, Evan’s file with DCF is sealed.

It's not clear what DCF's involvement with the family was, only that a record for Evan exists.

“If we have employees and key people that have key positions and they're not doing their job, then we need to address them," Brewer said. “We need to hold them accountable.”

The judge who sealed Evan's records said there's no evidence the toddler was neglected or abused.

The boy's mother and her boyfriend are in jail on charges unrelated to Evan's death.

Because so little is known about how DCF handles cases where children in the system are killed, it's not clear what, if anything, is being done to prevent another child from suffering.

In May, Dianne Keech, a former deputy director for DCF broke her silence to the 41 Action News Investigators, saying she quit because the agency was more focused on protecting its image than protecting children.

"It's hard to admit that what you've built is a death machine for kids," Keech said. "There are children dying. We are not doing what we need to do."

Keech also said an attorney for DCF advised staff to keep mistakes made within the agency out of the public's reach.

"If we took hand written notes, we were instructed to shred them afterwards," Keech said.

Kelly said she questioned DCF about Keech's claims that staff was asked to shred notes during a task force meeting earlier in November.

"I got no answer," Kelly said.

However, in a previous report from 41 Action News, DCF denied Keech's claims.

Kelly said an ombudsman office could be an option for the state of Kansas, but nothing would be implemented until 2019, upon the arrival of a new administration.

In January a vote on Adrian's Act, a bill that would strengthen child abuse reporting laws, is expected.

In the meantime, Conway said she's going to keep fighting for the children of Kansas and that "Adrian's Warriors" will be beside her.

"We're not going away. It's going to keep coming," Conway said. "The cost is too high."