The reason—a deal he worked out with Wyandotte County Administrator Doug Bach.

Zeigler has been living in a lake house owned by the Unified Government of Wyandotte County since Jan. 2018. Under the deal, he can earn credits for his rent in exchange for work done to the home.

Zeigler has also been given labor costs, mileage and free utilities.

The lake house is located within Wyandotte County Lake Park where ducks and geese can be routinely seen.

"I like it out there. I bike ride, I fish, kayak. I mean it's a relaxing place to be with all the stresses and headaches that I deal with," Zeigler said. 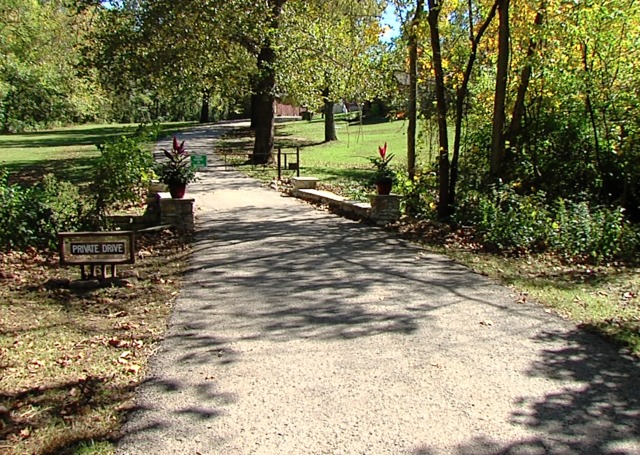 Late last year, Zeigler and Bach reached a deal for the chief to live at the lake house owned by county taxpayers.

In exchange for Zeigler living there, he had to fix the property, which hadn't been lived in for roughly 15 years, with his own money in exchange for credits towards his rent.

"We have now a good asset that's back in our inventory. We didn't have money to put into it," Bach said.

Bach also said, traditionally, a UG employee has lived in the lake house. Bach said it was originally built in the 1930s as part the New Deal projects, along with several other structures at the lake.

The 41 Action News Investigators exclusively obtained the two-year lease agreement between the UG and Zeigler.

The agreement has Zeigler paying escalating rent as the home is improved.

However, to date, both Zeigler and Bach acknowledge the police chief has yet to write a rent check to the UG due to credits he's received towards that rent.

County records the 41 Action News Investigators obtained through an open-records request show Zeigler has received more than $18,000 in credits towards that rent.

Those credits include more than $12,000 the chief paid for expenses like carpeting, appliances and lighting.

Zeigler also charged 263 hours in labor at $21.92 per hour for work documented on an expense sheet from late last December until July 26.

UG records show Zeigler not only charged labor for himself, but also for hours his mother worked. 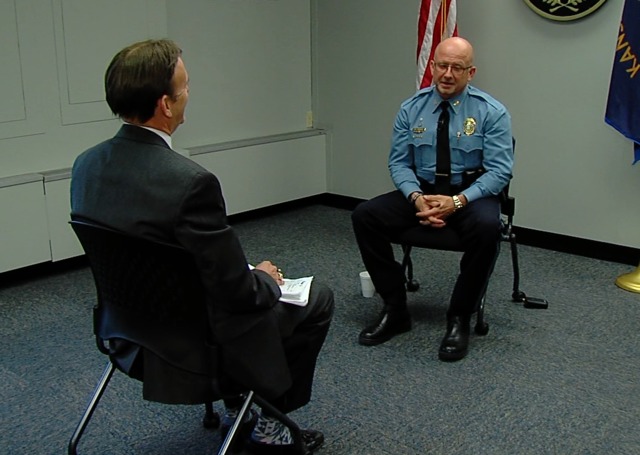 On that day, Zeigler charged the UG 20 hours worth of labor, ten for him and ten for his mother.

Zeigler charged another four hours each for both him and his mother the next day for a total of eight hours.

Five times, he doesn't note who helped him.

The other five times he lists his mom as a laborer.

When the 41 Action News Investigators asked Zeigler how old his mother is, he replied, "Well I'm not going to talk about my mom's age. Women don't like their age talked about."

The 41 Action News Investigators also asked Bach if Zeigler charging labor costs for his mother was part of the agreement.

"Any expenses that were directly related to improvements that were done out there were agreed to," Bach said.

UG records also show Zeigler charged labor costs at least once on every day of the week, Monday through Sunday.

"When you look at the time, it would just depend on what I had going on whether I took a day off or not, after hours out there, no double dipping," Zeigler said.

Zeigler said he completed renovations of the lake house near the end of July and he wouldn't make any further changes without Bach's approval.

In addition to expenses and labor, Zeigler was also credited with over $670 in mileage costs for multiple trips to hardware stores for supplies.

Zeigler does have a UG-supplied vehicle, but he said he didn't use it for that purpose.

"When I'm going down to the hardware store, I'm using my truck. I have a personal vehicle too that I drive," he said.

Getting it in writing

Both Bach and Zeigler said the chief moved into the home Jan. 1.

However, Zeigler didn't sign the lease with the UG until nearly eight months later on August 24 and a month after Zeigler had already completed fixing up the house.

"We verbally worked through it and then we drafted it up and I just don't think we had finalized it until then," Bach said. "He's a trusted employee with me, so I knew the work he was doing. He trusted me back that he was going to have the ability to have some offset of his expenses."

"Legal department had to create the lease and work through that. Doug knew what he wanted and I had complied with what Doug had asked me to do," Zeigler said.

A week after the lease was signed, Bach sent a memo on August 31 to the mayor and board of commissioners explaining the deal.

Bach notes in the memo the improvements Zeigler made to the lake house.

"This arrangement is working out quite well for both the Chief and our Park. We now have an asset that is gaining in value versus going the way of most vacant structures which ultimately have to be demolished," Bach wrote.

Tallying up the costs

Bach also notes because of the improvements to the lake house, Zeigler's rent will be increased to $1,000 a month beginning in 2019.

But Bach doesn't explain in the memo the total credits Zeigler had obtained towards that rent from expenses, labor and mileage.

Because of those credits, UG records show Zeigler currently owes less than $1,300 for the more than 13 months remaining on the lease. 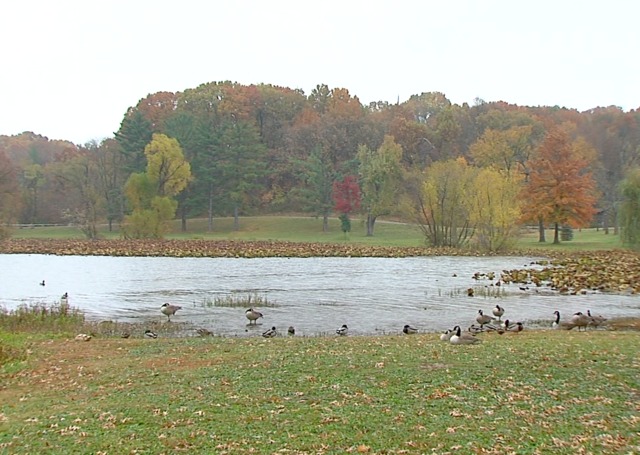 He also didn't tell the mayor and commissioners in the memo the UG is paying Zeigler's electricity and water bills as part of the deal.

"He got free BPU (Board of Public Utiities) when we're paying BPU bills for people who are handicapped and living in homes that are falling in and rotting," said Janice Witt.

Witt is a community activist who's previously run for mayor and who operates a by-appointment-only food pantry in KCK called the "Reola Grant Center".

The 41 Action News Investigators asked Witt, who lives near the lake house Zeigler is renting, about the chief of police's lease deal with the UG.

"I am angry and everybody should be angry. This is sheer corruption. Why can't they help take care of the citizens who are paying this guy's salary and paying for him to live in this property?" Witt said.

However, KCK Mayor David Alvey has a different take on the lease deal.

Alvey was unavailable for on-camera comment but issued a statement.

“As a result of the County Administrator Doug Bach’s decision, our Kansas City, Kansas Police Chief has performed extensive renovation on a dilapidated structure at minimal cost to the Unified Government. This renovation has transformed an uninhabitable property into a community asset. I don’t find anything in that decision to criticize.”

None of the ten UG Commissioners would comment on the lease deal.

As for Zeigler's future plans regarding the lake house, "I would anticipate staying there until I retire at least," he said.

"As to where we go in the future, I guess we'll see where that goes," Bach said.

The 41 Action News Investigators asked for pictures showing the improvements Zeigler has made to the home.

A UG spokesman said Chief Zeigler doesn't have any photos to accommodate that request.

The 41 Action News Investigators also requested copies of the receipts for Zeigler's more than $12,000 in home improvement purchases listed in UG records.

However, the UG didn't provide them.