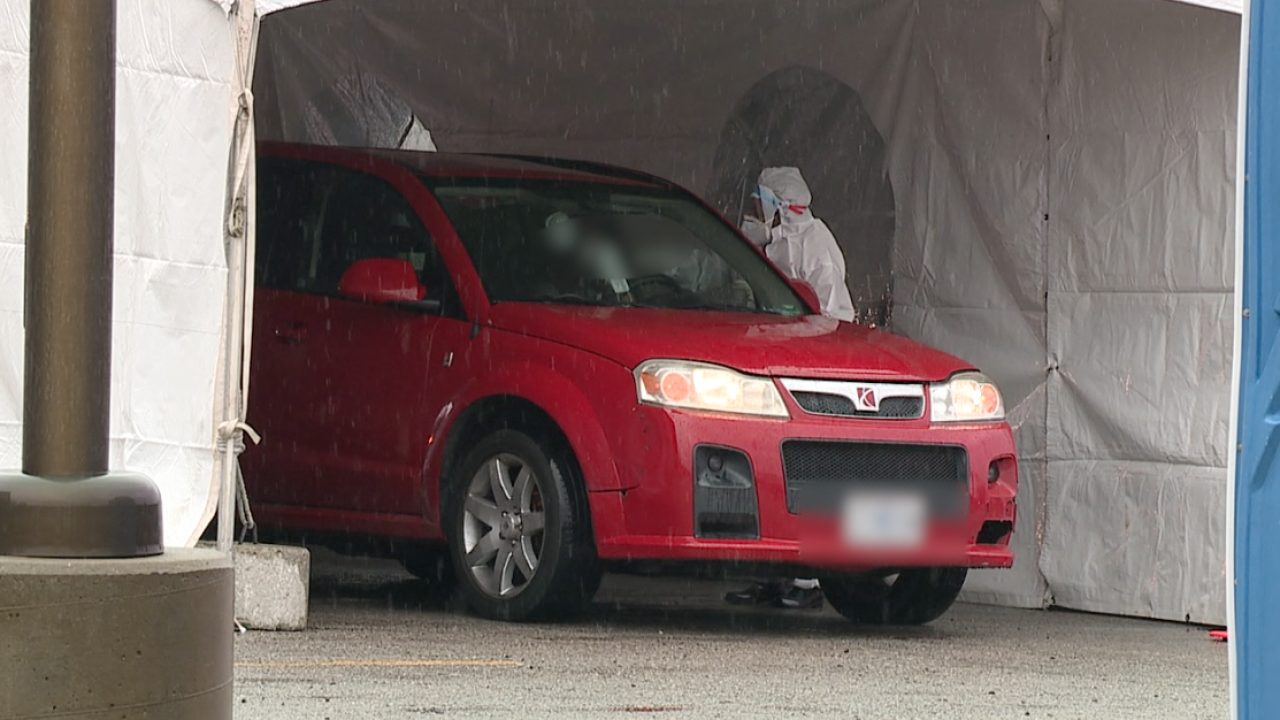 ORIGINAL STORY, Nov. 23 | With Thanksgiving just a few days away, people are flocking to COVID-19 testing sites around the Kansas City metro.

Many hope to gain peace of mind before spending the holiday with family members, although health professionals have warned that one negative test result can give a false sense of security.

Still, lines for drive-through testing on both sides of the state line remain long.

"For Kansas City, we average more than 8,000 tests per week as a region," Thompson said.

At an event Monday morning outside Southeast High School, cars had already lined the parking lot at least a half-hour before the testing even began.

The 41 Action News Investigative Team asked Thompson if the increase in demand for tests would result in a delay for results.

"It hasn't yet, but as demand continues to increase, we will probably see some of the same strains that we saw earlier in the pandemic," he said.

The American Clinical Laboratory Association, a trade group that represents some of the largest labs in the country, sounded the alarm about those strains earlier this month.

In a statement, the ACLA president explained labs are facing delays or cancellations on orders for critical testing supplies like pipette tips.

In addition, she warned of member labs reaching or exceeding testing capacity, which could lead to delays in test results.

"Testing is a vital facet of a public health strategy, but testing alone is not going to stop the spread of the virus. We must take the actions necessary to contain the virus in all communities," ACLA President Julie Khani wrote.

Quest Diagnostics recently announced its test turnaround time has increased to more than two days because of a 50% increase in test orders between the end of September and mid-November. The company urged the general population to seek testing only if symptomatic or recently exposed.

Meanwhile, the website for LabCorp, which the KCMO Health Department's partners use, says results are ready in one to two days from the date of specimen pickup. For the first two weeks of November, LabCorp's average turnaround time was one day.

Although all of the partner health organizations use the same company, the time it takes for a patient to be notified of results can still vary.

A spokesperson for the Jackson County Health Department said as of Monday, it is able to return results within three days.

The Walgreens website lists its turnaround time as one to three days, and CVS lists its average as three to four days.

Of course, rapid tests can produce results in less than 24 hours, but the PCR tests processed in labs are often described as the "gold standard" when it comes to testing.

Thompson emphasized the next few days are critical in determining whether or not labs will become overwhelmed.