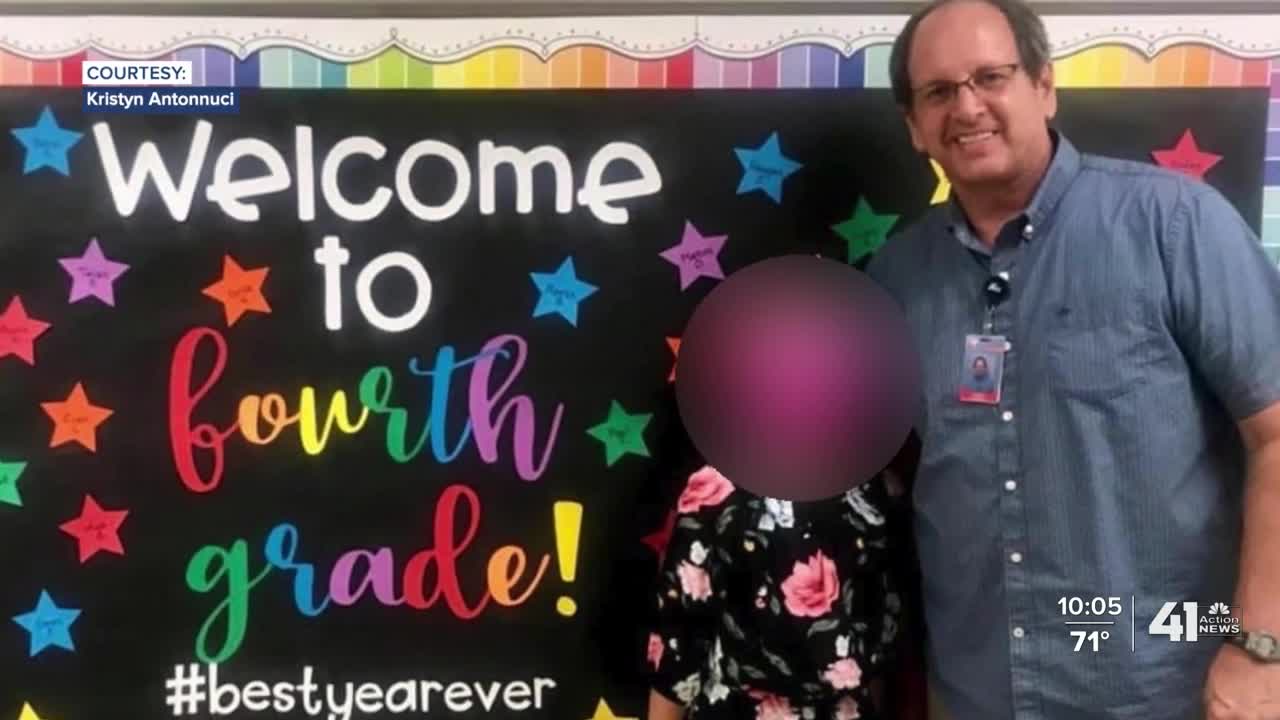 A teacher who admitted to taking inappropriate pictures of a fourth-grade student in Olathe might not spend time behind bars because of the language in a Kansas stalking statute. 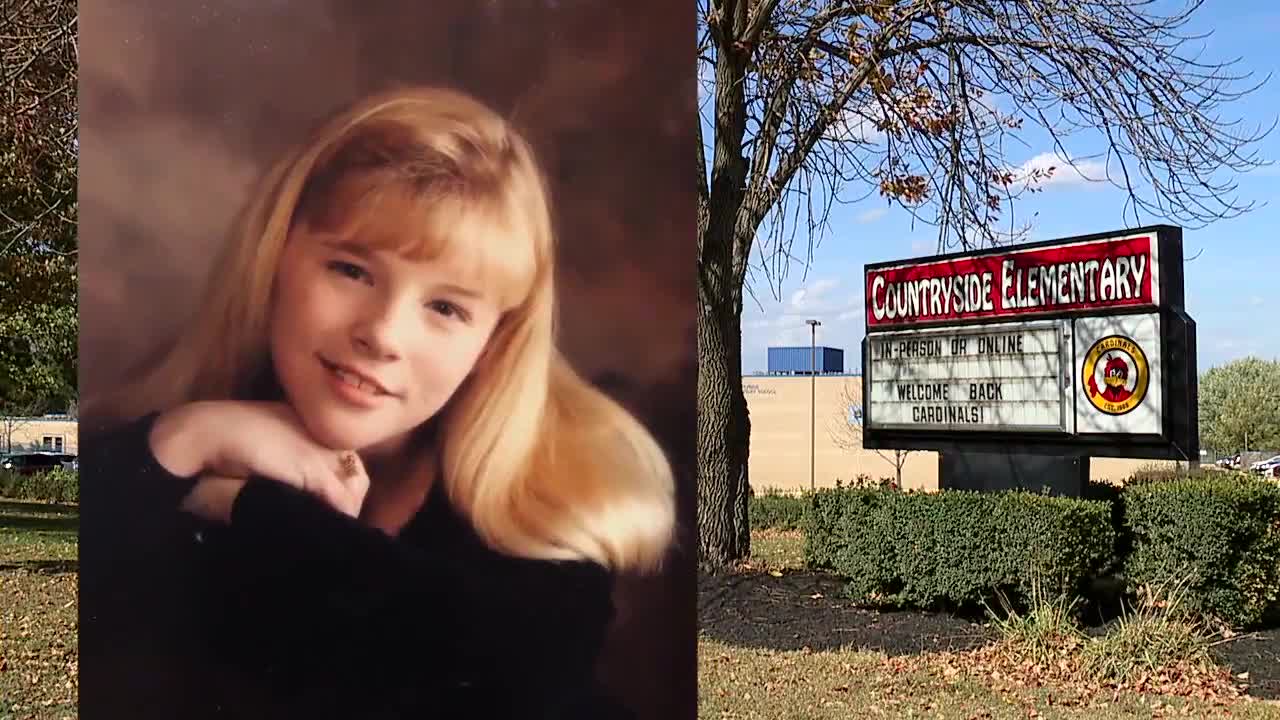 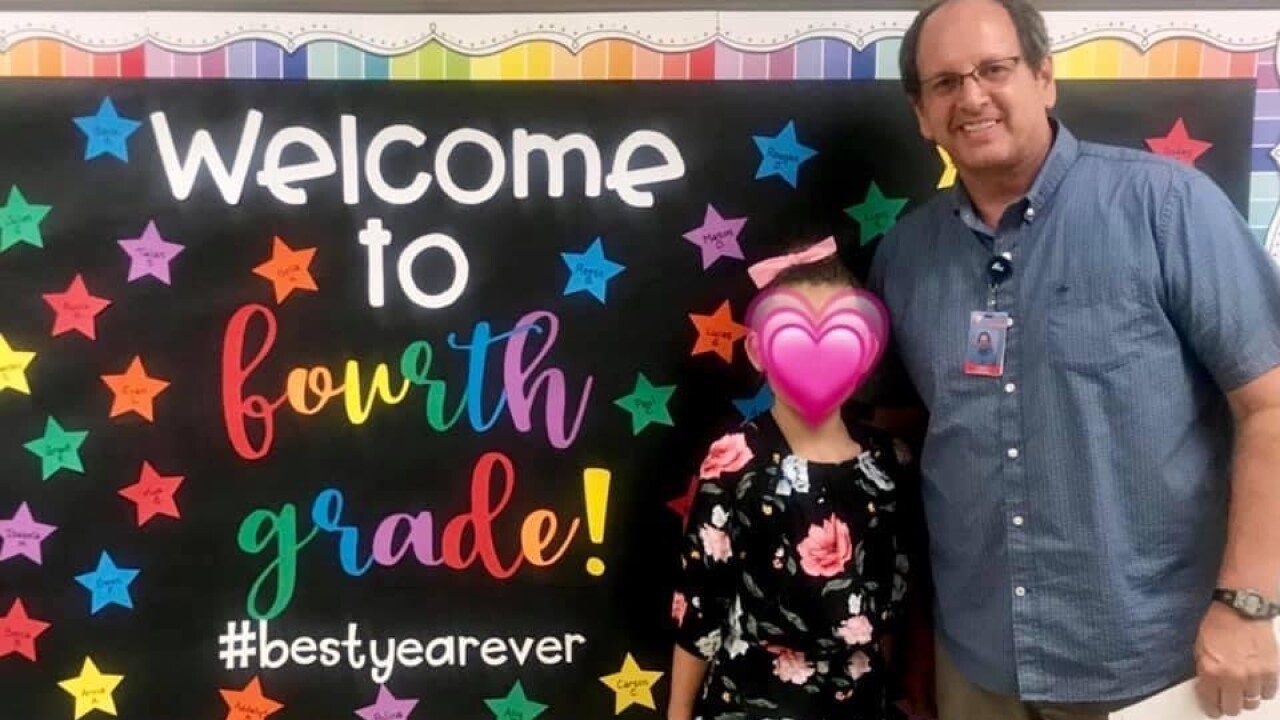 KANSAS CITY, Mo. — This is the first of a three-part series. You can read the others below:
Part 2: Olathe parents allege elementary teacher played favorites among multiple female students
Part 3: Parents hope to use incident to raise awareness of Kansas' stalking statutes

A teacher who admitted to taking inappropriate pictures of a fourth-grade student in Olathe might not spend time behind bars because of the language in a Kansas stalking statute.

"Months later, it's still hard for me to leave her alone or not be with her or the other kids at all times," the girl’s mother, Kristyn Antonnuci, said.

The Antonnucis said their eldest daughter, just 10 years old, dreams of becoming a professional dancer. But instead of focusing on that dream, the family has been facing a nightmare that took center stage in the classroom.

Last spring, Kristyn Antonnuci picked her children up from Meadow Lane Elementary School in the Olathe School District, and, as her fourth grader got in the vehicle, Kristyn immediately knew something was wrong.

"I said, 'What happened, did something happen at school?'” Kristyn said. “And she said that something had, and that she did not want to talk about it in front of her little sister and little brother."

Once the family arrived home, Kristyn’s daughter said that her friends had shared some troubling claims about her teacher, James Loganbill.

"They had been seeing their fourth-grade teacher taking inappropriate pictures of her backside anytime she wasn’t looking, anytime she tied her shoe, anytime she grabbed something at her desk,” Kristyn said. “And they had been noticing that behavior for months.”

The girl’s classmates said they told the principal, but the parents said they had not yet been notified. Anthony, the girl’s father, jumped to action.

“I just left my office,” he said. “I work down the street. I just showed up at the school to figure out exactly what’s going on. As soon as I hit that parking lot, I was met by the principal."

That's when Anthony said the school confirmed that the administration was investigating reports that Loganbill had been taking inappropriate pictures of their daughter.

“We’re just both bawling,” Kristyn said. “And we’re like, 'How? How can this be? How can someone see her like this? She’s a kid; she looks like a kid.’"

The Antonnucis said they learned that their daughter’s friends allegedly reported the behavior two days before they themselves were notified — a period in which Loganbill reportedly remained in class.

"Both of us having an HR background, I think that was one of the most alarming things,” Kristyn said. “Because if you're in the HR world, and even with an adult-and-an-adult-harassment type of situation, that person is immediately taken out of the office while an investigation happens.

“So, to hear that for almost two days she had been left in class with him without our knowledge, it was very shocking.”

41 Action News contacted the Olathe district about the timing of when the Antonnucis were notified about the allegations and why Loganbill was allowed to stay in the classroom. The district declined to comment, citing the ongoing investigation and the possibility of litigation.

However, Loganbill has since retired and the state of Kansas revoked his teaching license.

‘Clearly, it is alarming’

Olathe detectives discovered more than 200 photos and 31 videos of the Antonnucis’ daughter on Loganbill’s phone and tablet. In one of those, detectives noted, "he had (her) pose by lifting her leg up to her head while wearing black tights."

Johnson County District Attorney Steve Howe charged Loganbill with reckless stalking, a class one misdemeanor, punishable by up to one year in prison. Howe is pushing to upgrade those charges to a felony, because Loganbill was in a position of power over his alleged victim.

"We started to realize that there were serious holes in the Kansas statutes that needed to be addressed," Howe said. "Clearly, it is alarming. Every mother and father has every right to be deeply concerned by that type of conduct.”

But Loganbill's defense attorney, Carl Cornwell, argued that, while Loganbill's actions were wrong, they were not illegal due to the way the stalking statute is written.

In a motion to dismiss, Cornwell noted that the statute legally defined stalking as "recklessly engaging in a course of conduct targeted at a specific person, which would cause a reasonable person to fear for such person's safety, and the targeted person is actually placed in such fear."

Cornwell said the statute does not apply to Loganbill because the girl did not know she was being stalked, and, therefore, could not have been placed in fear.

Howe, though, said he disagrees with the defense’s position.

"You can be unaware of this and still be a victim of stalking," Howe said.

An affidavit filed in Johnson County showed the school conducted an investigation in which Loganbill admitted "he did have an attraction to (the girl) and it happened when she wore black leggings or dancing pants.

He also admitted to “searching for her dance competitions and videos online and watching those."

When the school turned the investigation over to Olathe police, Loganbill again admitted that "he took pictures and videos of (her) and the photos and videos were of her backside.” He also said "he found (her) sexually attractive and would not have taken the pictures otherwise.”

Loganbill also told police what he did was "dumb, just dumb."

The former educator declined to speak to 41 Action News, but his attorney said Loganbill was remorseful for what he's done.