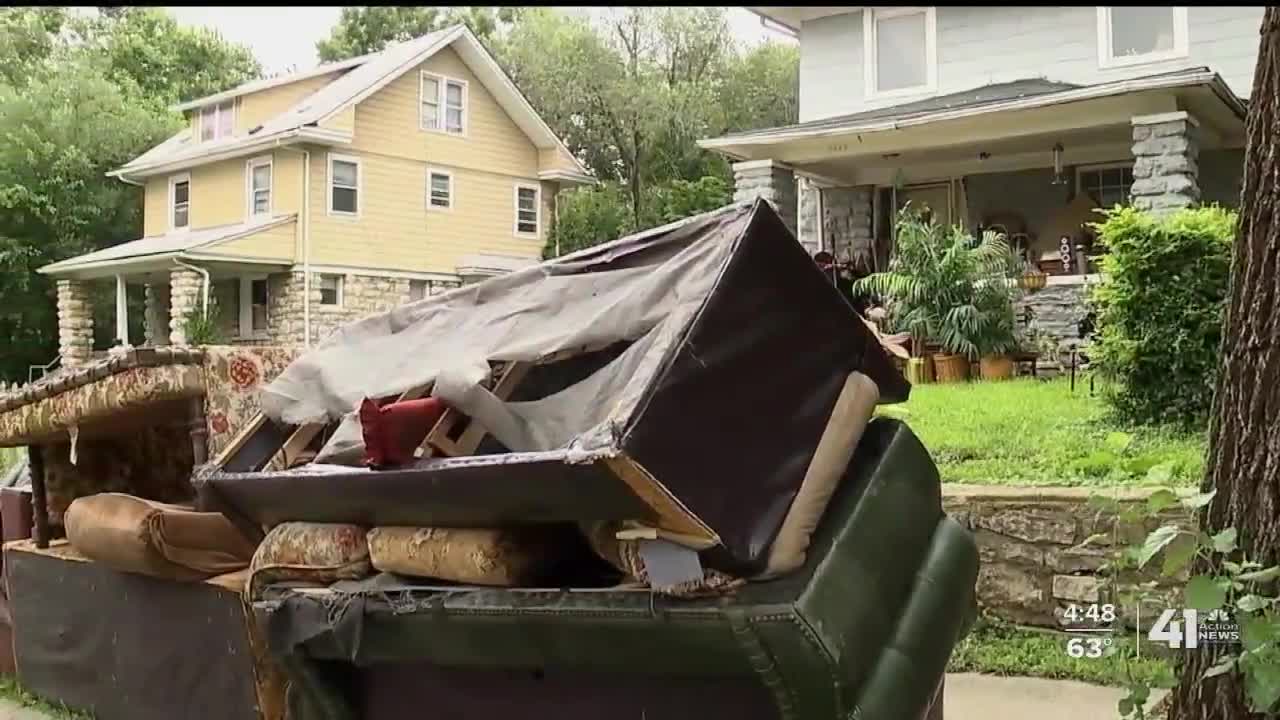 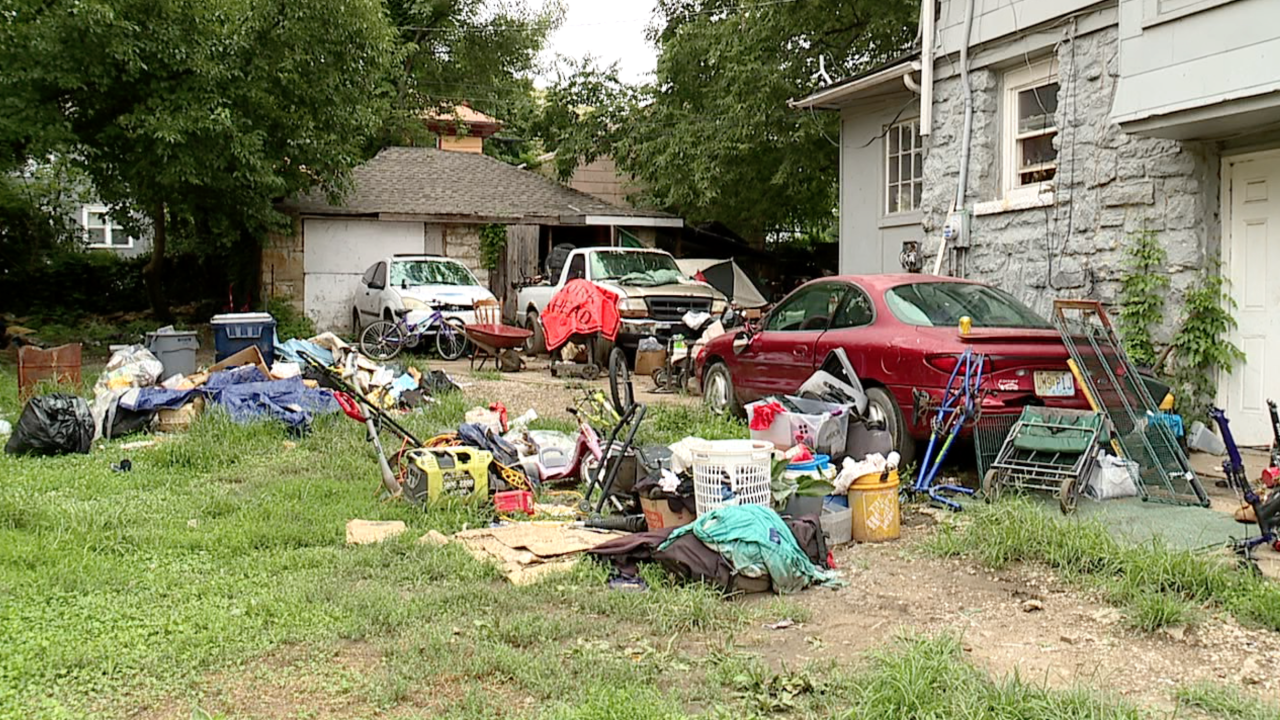 KANSAS CITY, Mo. — Barbara Johnson has lived in her home on the city's east side for 56 years.

Johnson, a former professor at University of Missouri-Kansas City, said the Oak Park neighborhood used to be well cared for by the upper-middle class Black people who lived there. Over the years, many of the homeowners have died, leaving the houses vacant, which Johnson said has led to an influx of squatters in the area.

Trash piled up next door to Johnson's home on South Benton Avenue. The property had the appearance of a dump site. Broken bicycles, car parts and clothes filled the backyard. Furniture, household items and garbage spilled out from the front porch onto the lawn. Flies swarm the area, including Johnson's front porch, where she sits and talks with neighbors.

"What else do you expect? I'm constantly spraying because you've got filth," Johnson said. "I've been living with this since 2018."

In past years, Johnson said Oak Park homeowners would often get cited by the city for minor code violations.

She's not been quiet about the blight that's taken over the neighborhood. Johnson showed the 41 Action News Investigative Team letters she's written to the city asking for help. She said her neighbors have done the same and that they've also filed complaints with the city's 311 service.

"It hasn't worked," Johnson said. "Look at what we're living with, when before, you could get a ticket for a gutter hanging."

The I-Team pulled city records that show eight complaints have come in about the trash at the address next to Johnson's home in the past year. All of the complaints, with the exception of one, are marked as resolved, even though trash remained at the home on a consistent basis.

When the I-Team went to the area at the beginning of September, Pat Clark, president of the Oak Park Neighborhood Association, was there asking the people who'd been staying there to clean up the area.

"The city knows all about it, they've been out here with me," Clark said. "But, when it comes down to enforcement, ya know, things like this it continues to happen."

The I-Team contacted a spokesperson for the city, John Baccala, about the issue.

Four days later, codes and enforcement, along with Kansas City police went to the property and told the people to leave.

City records show the house is owned by an LLC based in Illinois.

Baccala said it's difficult for the city to enforce rules when it comes to out-of-town LLCs because there's often no contact person.

"[LLCs] are the bane of the city's existence," Baccala said.

In this case, the city was able to remove the squatters because there was a contact person for the home and there were no working utilities, which makes it inhabitable.

According to city records, more than 14,000 homes across Kansas City are owned by out-of-state or out-of-the-country LLCs.

Officer Greg Smith, with KCPD, was on site as the squatters were asked to leave. He said the city's east side is more vulnerable to the issue.

Johnson said she's sympathetic to the squatters. She also said she doesn't mind them seeking shelter next door.

"Homelessness really is awful and I understand if they're homeless," Johnson said. "But, Kansas City can do better than this, because we have all these houses that should be rehabbed by the people [squatters] that are moving in."

Codes and enforcement brought a social worker to help connect the squatters, who often have no where else to go, with housing.

Johnson stood out on the porch as the city addressed the issue.

The property manager of the home on South Benton was asked to board up the home and clean the lot, which as of Friday was complete. The flies were no longer surrounding Johnson's home.

The property manager wouldn't give the I-Team his name but said the problem started two months ago when the LLC evicted the tenant who lived there. He denies the issues been long-term even though the complaints to the city go back by a couple years.

Codes and enforcement ensured Johnson it would keep an eye on things next door.

"I love it," Johnson said. "This is better. This is a whole new beginning."