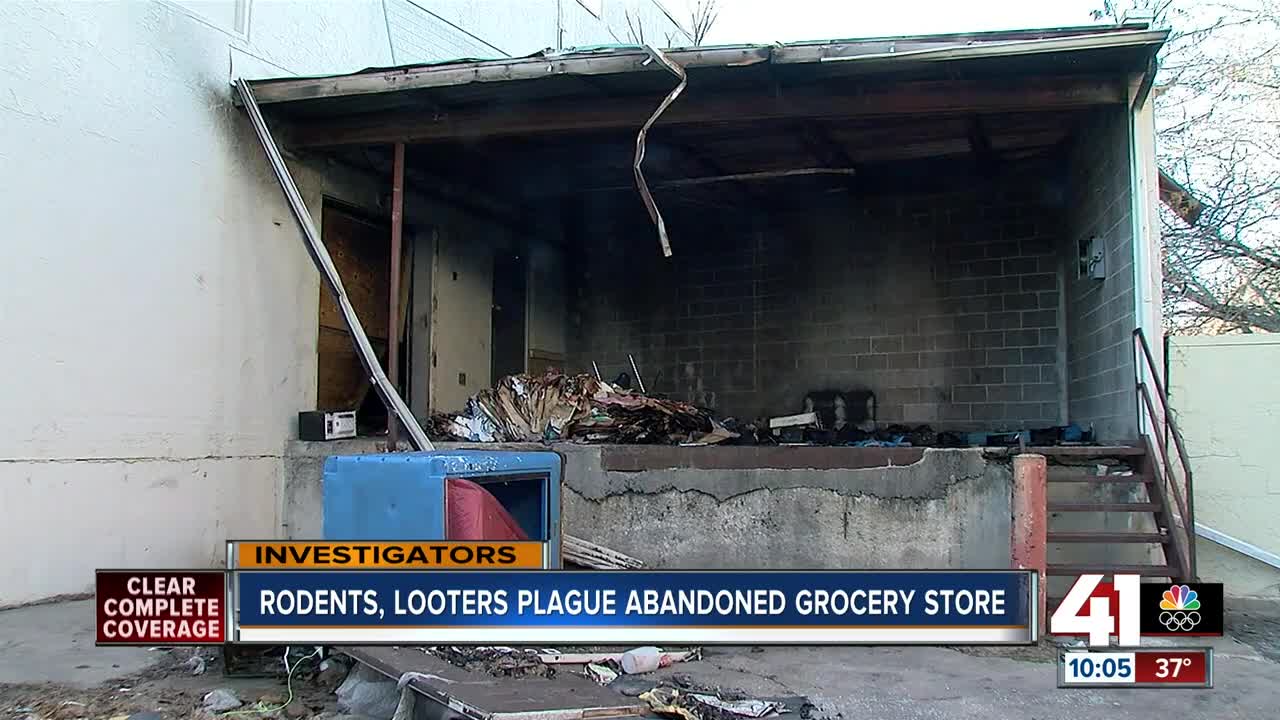 Rodents, squatters and fire are some of the problems outlined in a federal lawsuit involving a now-abandoned grocery store in south Kansas City. 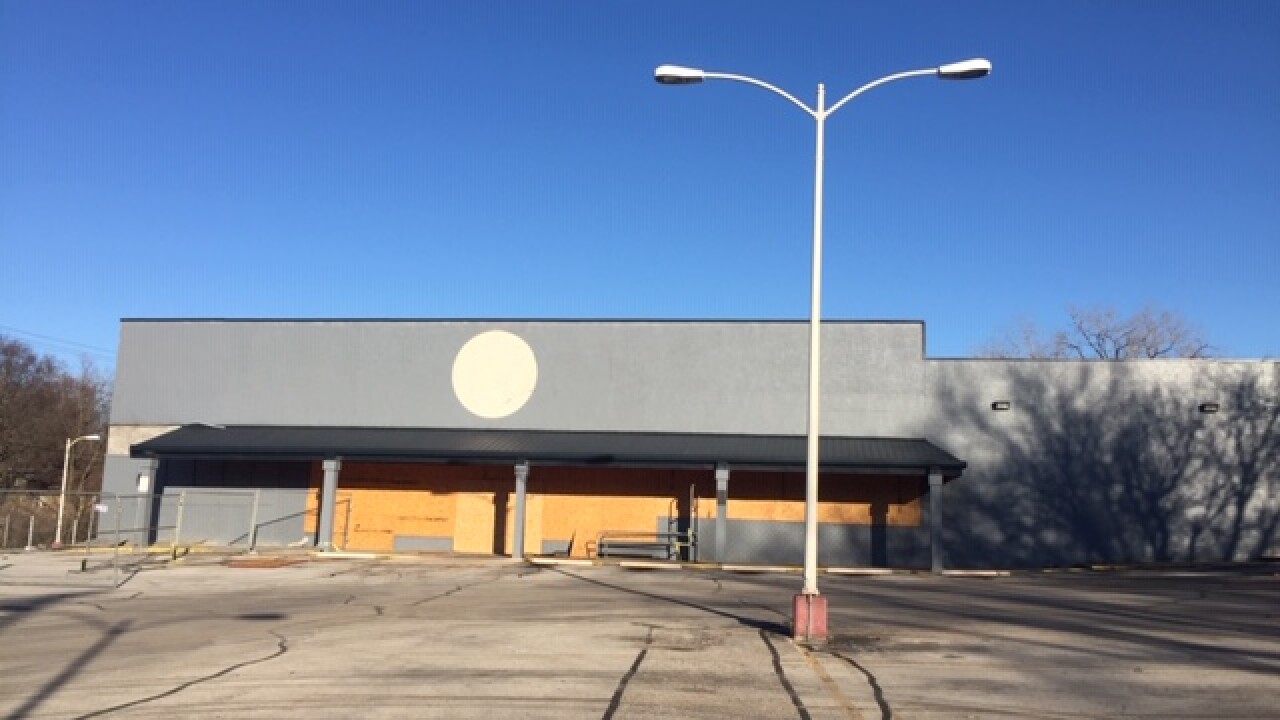 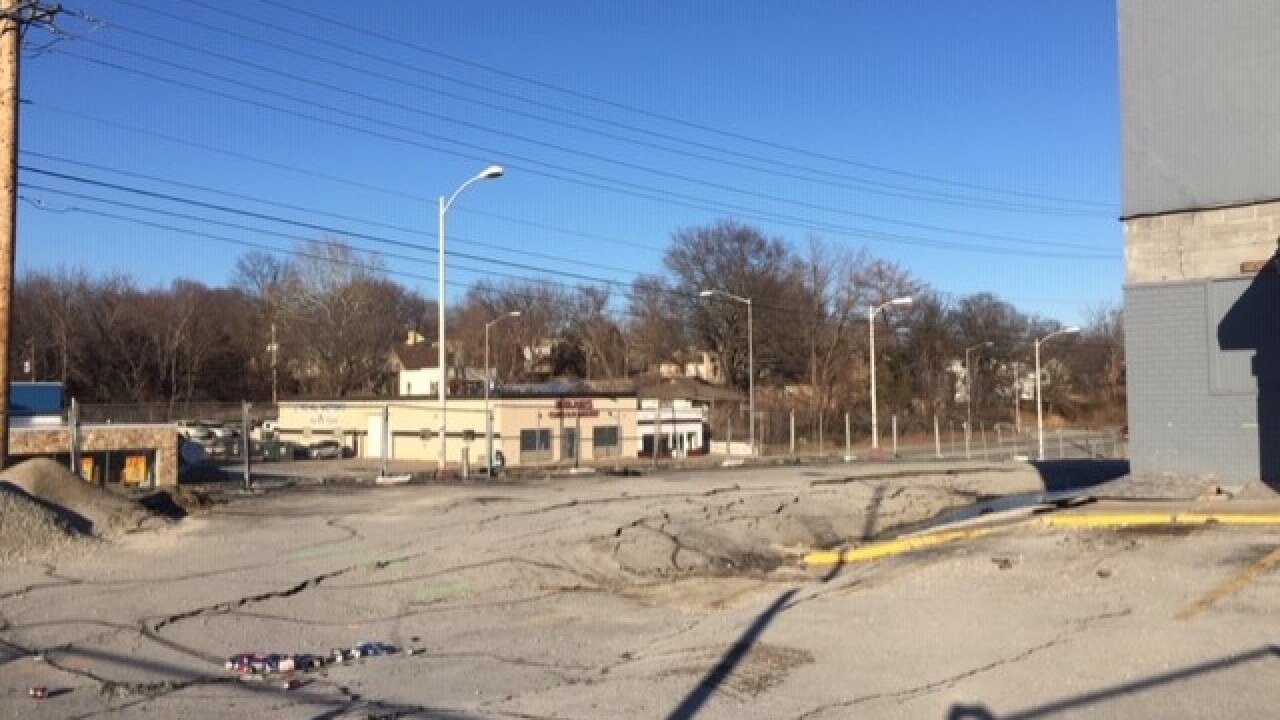 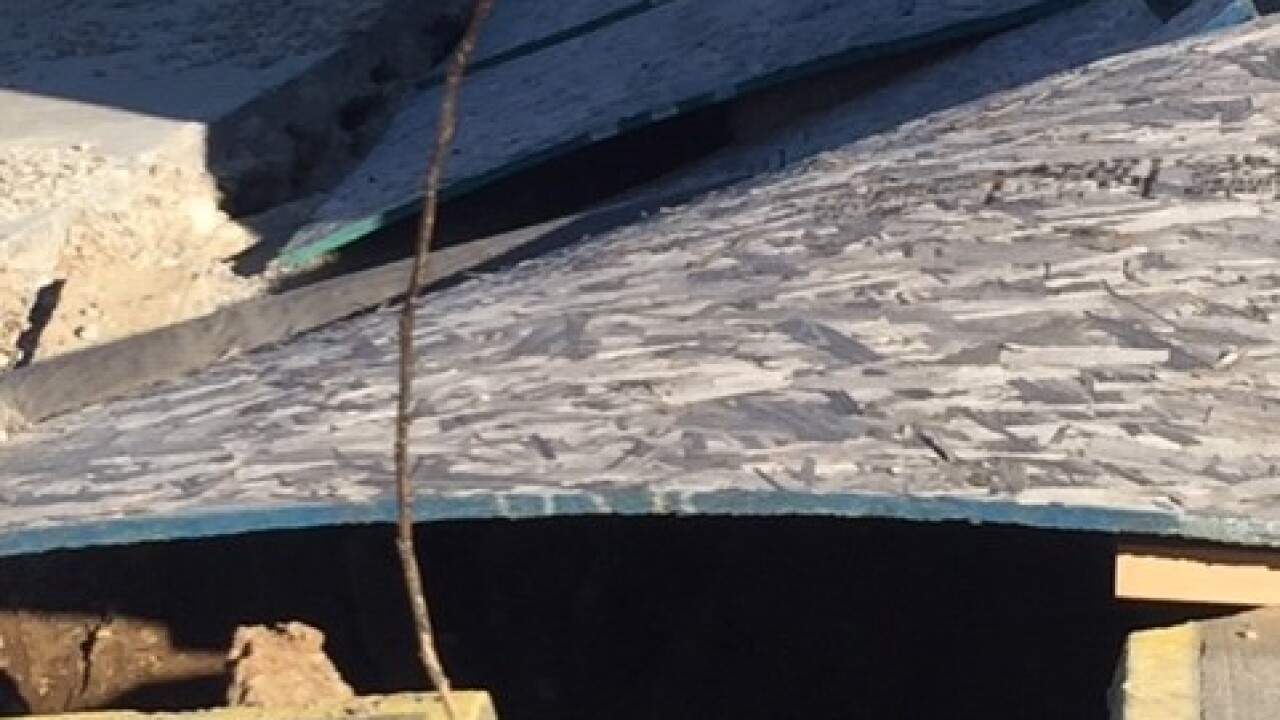 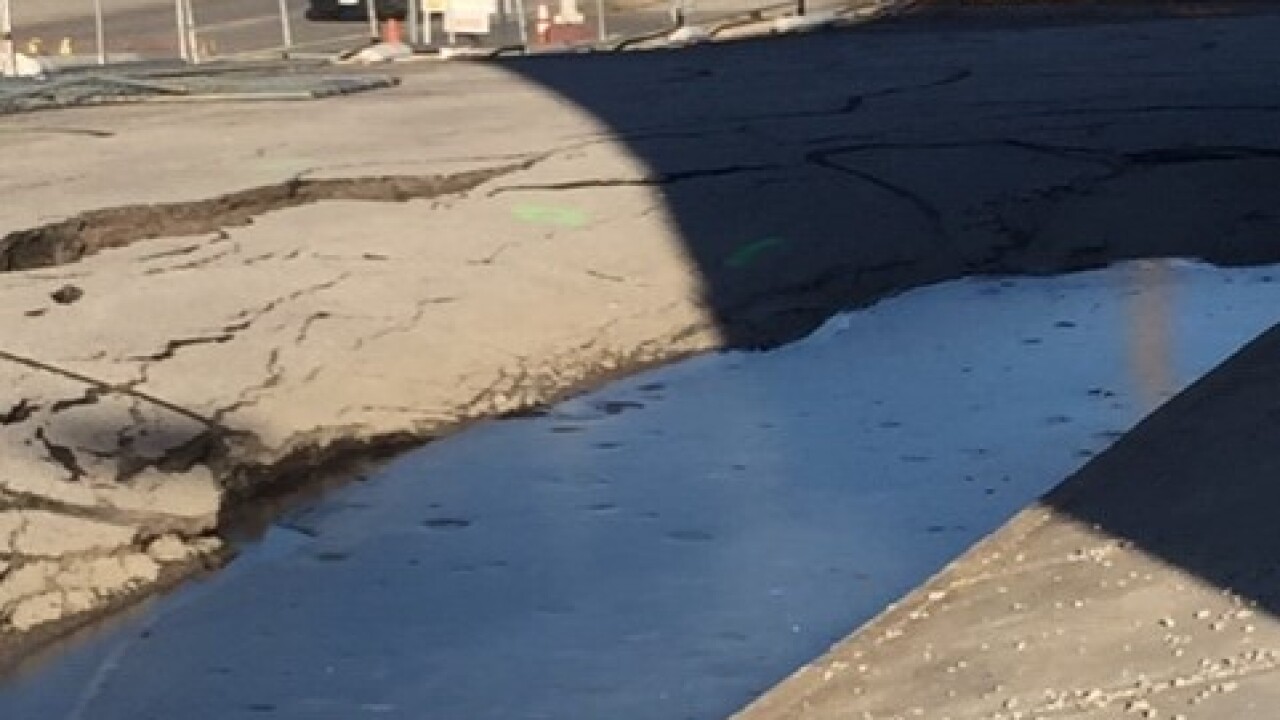 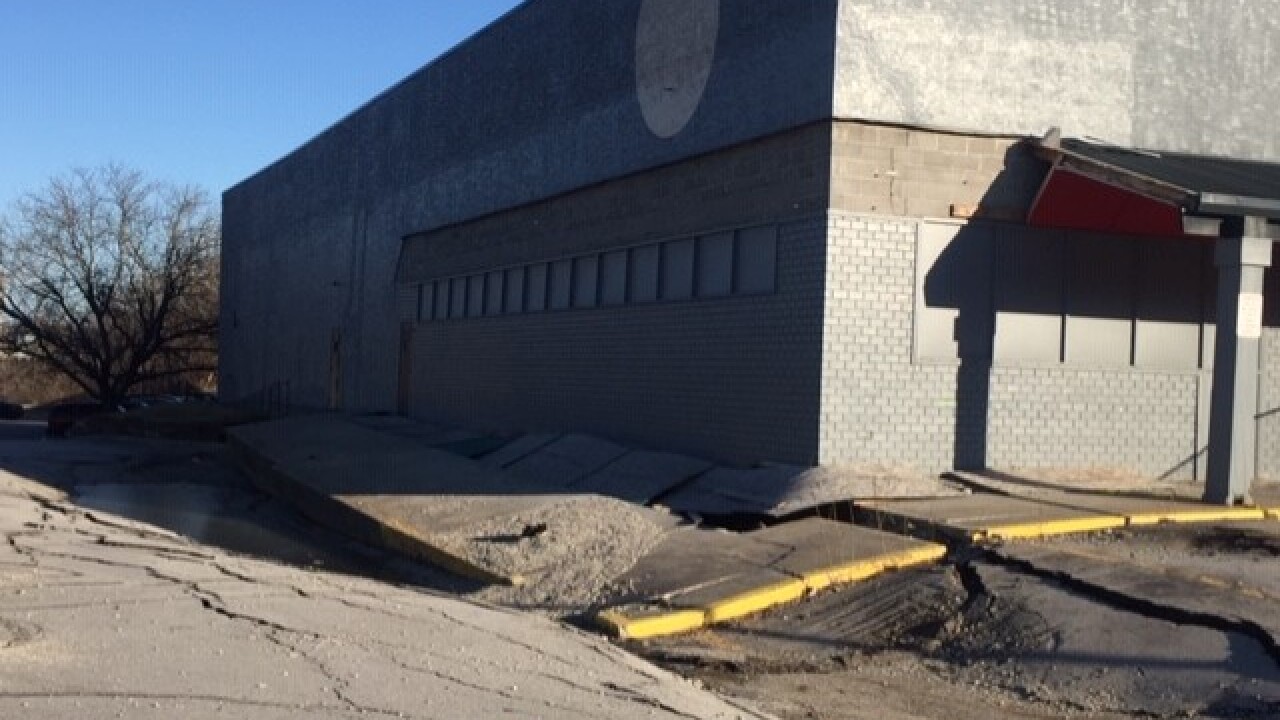 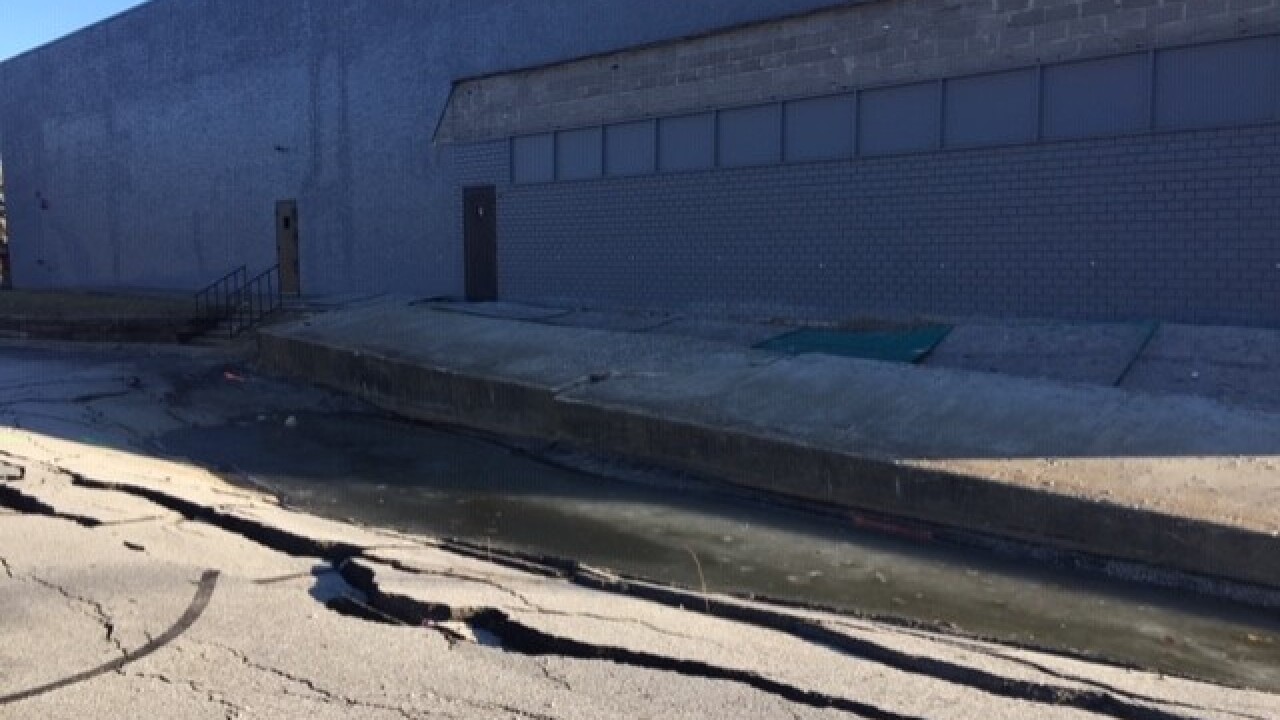 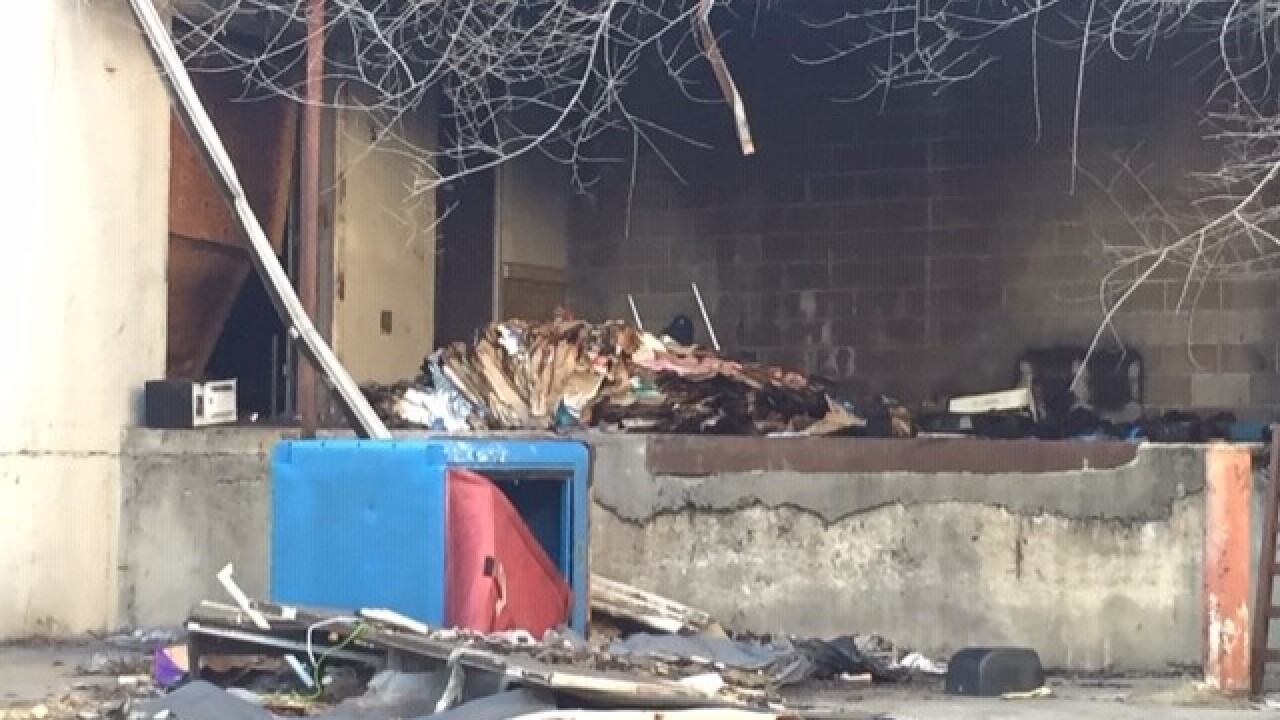 KANSAS CITY, Mo. — Rodents, looters, squatters and fire are some of the problems outlined in a federal lawsuit involving a now abandoned grocery store in south Kansas City.

The Save A Lot grocery store used to be located at the southeast corner of East 85th Street and Holmes Road.

The property owners, a company called Nine Guys LLC, claim they’re losing a lot and millions of dollars because the city has failed to fix a ruptured storm sewer line it’s known about for months.

According to the complaint, the owners first learned there was a problem when a canopy and sidewalk on the north side of the building began separating from the grocery store last April.

The owners later noticed the parking lot was sinking in the exact location of the sewer line easement.

During ensuing rains, structural and civil engineers told the property owners to tear down the canopy so it wouldn’t bring the building with it as it slid down the buckling north side of the parking lot.

There’s small pond which has been frozen where the parking lot has caved in.

According to the lawsuit, the city not only failed to fix the sewer line, it forced the grocery story to abandon the property and the owners to board it up.

As a result, the suit claims looters have ransacked the store, squatters have periodically lived there and have been trapped inside, and there was a fire.

Additionally, the suit states neighbors have complained about rodents, insects and the stench from rotting food inside.

And it says city representatives told the owners that same month they would fix the storm sewer line.

Instead, records show the city not only didn’t fix the line, code enforcement officers put the store on the dangerous buildings list the next month and has now condemned the abandoned grocery store to be demolished.

“What we have here is basically a theft of the property,” McPherson said.

In a response to the suit filed this week by Assistant City Attorney G. Steven Diegel, he admitted KC Water knew about the sewer line problem since last May and agreed it was that agency’s responsibility to fix it.

However, Diegel wrote the city didn’t breach any duty to Nine Guys or cause or contribute to the property’s damages.

Additionally, Diegel wrote that if the property did sustain any damages, they were directly caused by “an Act of God."

“Unfortunately, what happened at 85th and Holmes last year was an infrastructure failure. It illustrates why investment in our underground pipes is so very important. KC Water has projects going on all over the city to maintain, repair and improve our water, wastewater and stormwater infrastructure. We understand a lawsuit has been filed. We are unable to comment on any pending litigation," the statement read.

An employee at a local business, who didn’t wish to be identified, said he hopes the building gets torn down to keep drug activity out of the area.

The manager of a nearby apartment complex, who also didn't wish to be identified, called the grocery store situation “unfortunate."

He said there’s periodically been a hole in the side of the building leading to looters and squatters entering.

The manager also said the police have been called to the property several times in the last several months.

One of those instances happened about a month ago, when someone parked at the apartment complex property and went into the building, according to the man.

The apartment manager said he wants the city to get something done with the property because it’s not helping with leasing apartments.

The lawsuit also argues the closing of the grocery store is a community loss in an area the complaint calls a “food desert."

Miss Lisa, the operator of “Kiddie Sitters," a day care across the street, said she misses the grocery store.

She said she used to get supplies there. Now she has those items delivered which has increased her costs.

According to city records, water service to the property was shut off on Feb. 19.

Those records also show building demolition was supposed to be completed this past Tuesday.

But so far, it hasn’t happened.