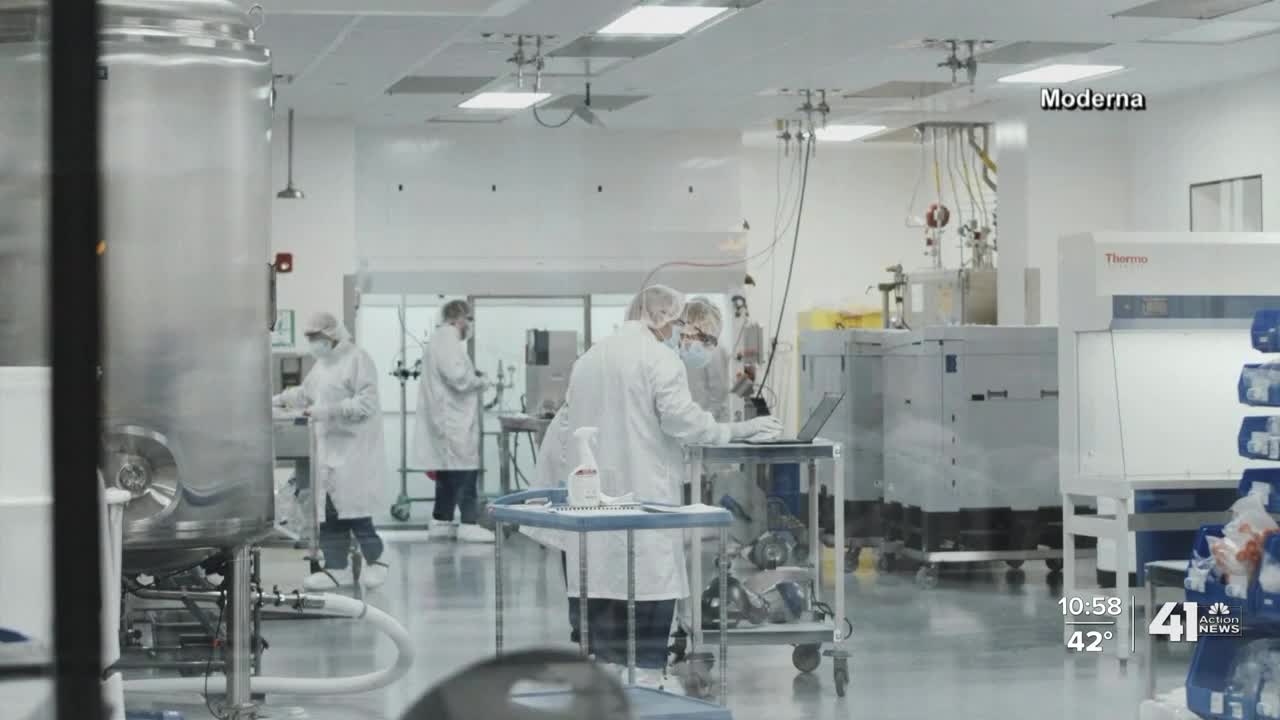 Despite a streamlined process, Moderna's COVID-19 vaccine trial has followed safety protocols, the principal investigator told 41 Action News while explaining the intricacies of the trial itself. 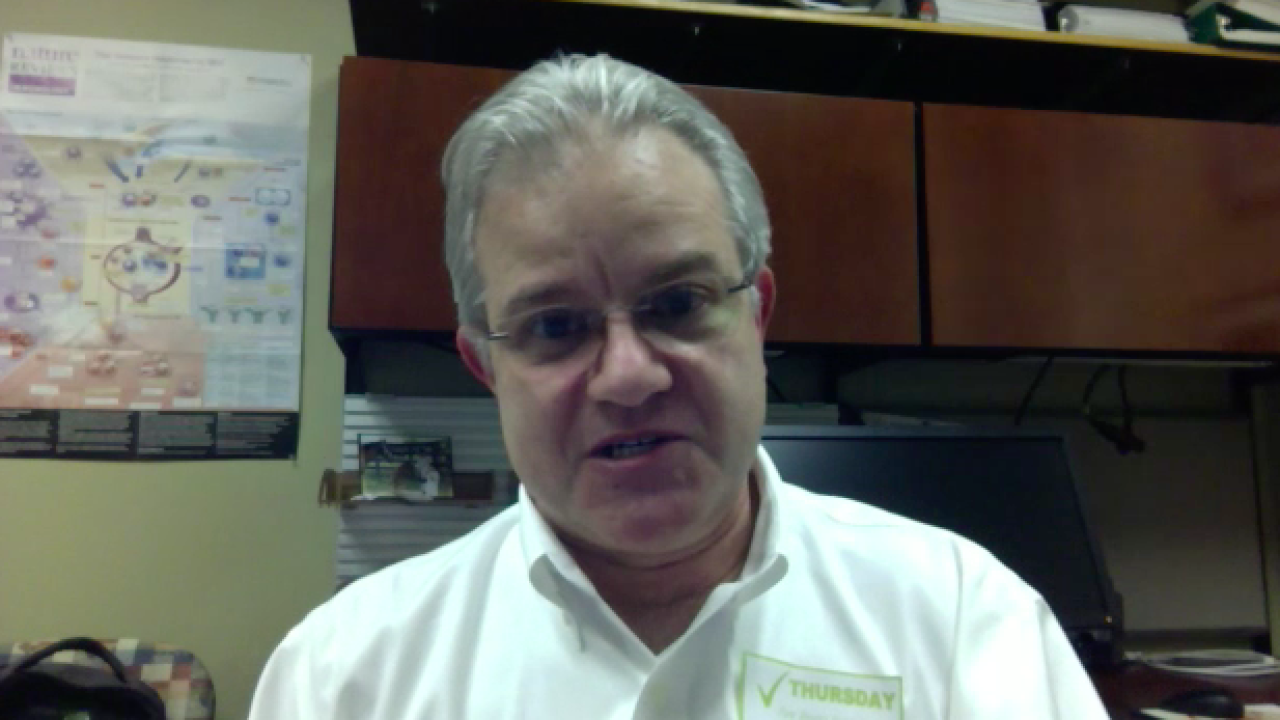 KANSAS CITY, Mo — Despite a streamlined process, Moderna's COVID-19 vaccine trial has followed safety protocols, the principal investigator told 41 Action News while explaining the intricacies of the trial itself.

"A lot of the quickness was getting rid of some of the bureaucratic red tape," said Dr. Spyros Kalams, an associate professor of medicine in the infectious disease division at Vanderbilt University Medical Center.

Typically, it takes 12 to 18 months to hire a team of researchers, according to Kalams. But for the COVID-19 vaccine, Kalams, who was put in charge of Moderna's trial in August, said the money was provided by the National Institutes of Health, which allowed him to hire his team right away.

"I understand that this was fast, but all the safety protocols were followed," Kalams said. "I don’t know anything that I could have done better to make sure the vaccine is safe."

As of Sunday, Moderna's vaccine is nearly 95% effective.

"The primary goal, can we protect people from getting really sick? That, in the short term, that’s definitely what it looks like," Kalams said.

Pfizer also has reported its vaccine is 95% effective.

How is the effective rate determined?

More than 30,000 participants enrolled in Moderna's trial. Each person received two shots, four weeks apart. One shot is the vaccine, the other injection is a placebo.

Anytime a participant experiences a symptom within a few days of receiving a shot, they report it in a diary, Kalams said.

"We have to determine whether that sounds like it’s a reaction to a vaccine or whether it’s an actual infection," Kalams said. "If it sounds more like they actually could have COVID, they come in for an illness visit, they get nose swabbed and blood drawn."

All infections are then reported to an independent monitoring board.

Of the more than 30,000 participants, 95 reported symptoms that are consistent with COVID-19. The majority of cases received the placebo, according to Kalams.

Eleven of the 95 people who reported symptoms became severely ill. All of them were in the placebo group, meaning, they didn't receive the vaccine, Kalams said.

Moderna determined the vaccine's effectiveness through this data.

"This is basically telling us that within three or four months after your second shot, there’s a 95 percent protection of COVID disease," Kalams said.

Most illnesses during the trial were reported within the placebo group. However, Kalams said, people can feel unwell after receiving the vaccine.

He said a sore arm, fatigue and headache are among the symptoms.

"Don’t think of this as an adverse event," Kalams said. "You’re making an immune response, and that’s actually a good thing."

A person cannot get COVID-19 from the vaccine, according to Kalams, because it doesn't contain the virus.

No one has died during the course of the trial.

"Something like that would’ve probably stopped the trial to figure out what was going on," Kalams said. "There was no safety pause."

Researchers believe that 70% of a population needs to come in contact with a virus in order to obtain herd immunity, and, according to Kalams, that's what would stop the pandemic.

Connie Satzler, of the Immunize Kansas Coalition, said vaccines are one of the most effective and important "public health tools in the last century."

"They’re really the tool that offers the greatest promise to be able to impact this pandemic and bring everyone back to our normal lives," said Satzler, whose group provides science-based, factual information to the public about vaccines.

Data from the Centers for Disease Control and Prevention shows that vaccines have steadily declined among children ages two and younger since 2016.

Satzler said she believes that is related to misinformation about vaccines. And the misinformation, she said, also stems from fear.

"I would encourage people to not look for information to verify those concerns, but to look with an open mind at scientific, credible information from both sides, not the lone voice," Satzler said. "Look for that scientific consensus that’s out there."

Satzler recommended the website History of Vaccines, which a group of physicians created. It provides data on several topics, like side effects, and also debunks myths.

Kalams said the effective rate, could change as researchers continue to evaluate symptoms.

How long people remain immune also is likely to change as time goes on, he said.

Researchers still are trying to determine if the vaccine prevents infection or only serious illness from COVID-19, according to Kalams.

"It’s possible that the vaccine doesn’t prevent you from getting infected, it just prevents you from getting really, really sick with the infection," Kalams said. "Further analysis will come out."

Kalams said, from what he can tell so far, he thinks the vaccine prevents people from contracting the virus. Though, he said it's possible some participants became infected without displaying symptoms.

The next step for Moderna is to begin testing the vaccine on children 12 and older and on women who are pregnant.