A long time winery owner and the city of Sugar Creek are in an ongoing dispute over that business.

SUGAR CREEK, Mo. — The city of Sugar Creek is battling with a long-time winery owner, saying his business is a nuisance and it's time to clean it up.

Paul Wrabec has owned and operated Vinograd Winery for roughly a decade.

Sugar Creek records exclusively obtained by the 41 Action News Investigators show the city has granted Wrabec a liquor license to operate the winery since 2008.

The city has renewed that license every year.

Wrabec's current license runs through the end of the year.

He said it's part of a family winemaking tradition from his immigrant grandparents.

"We're not making any money at all, but we drink some good wine," Wrabec said.

But after a decade in business, there are sour grapes between Wrabec and the city.

"It's not so much prosecution, it's persecution on the other side," Wrabec said.

Wrabec says he spent $60,000 on the cylindrical stainless steel refrigerated tanks to go along with a city development which never panned out.

"I bought the tanks because they were building a shopping center across the street. They wanted the winery to go in there," Wrabec said.

Prier goes on to write in his violation letter, "These aforementioned items have been there for numerous years. There have been countless complaints from citizens and neighbors. You have been requested, on numerous occasions, to please remove them to no avail." 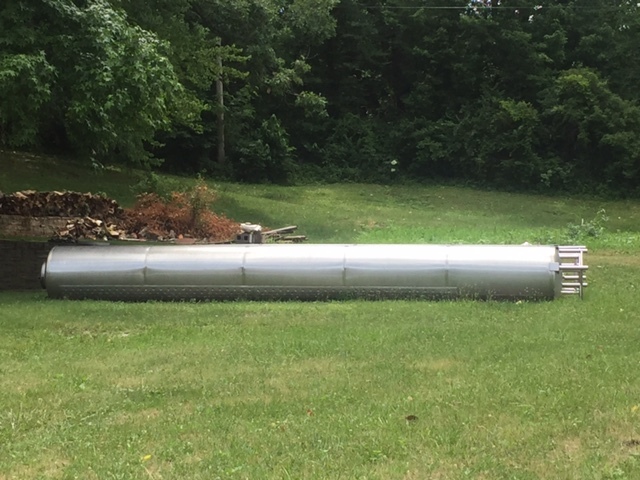 City Attorney Andrea Welch, who declined to speak to the 41 Action News Investigators on camera, said part of Wrabec's property is zoned residential and part is for business.

She said the city overlooked violations for years and simply wanted the property cleaned up.

When it didn't happen, a judge found Wrabec guilty in June of a zoning ordinance violation in Sugar Creek Municipal Court.

Wrabec is the long-time chair of the Jackson County Democratic Committee.

He recently ran unsuccessfully in that party's primary for the county legislature.

"It's all political. If I was breaking the law, why did the city send me a liquor license application every year?" Wrabec said.

She said she didn't want to take the case to court, but Wrabec wouldn't comply with requests to clean up his property.

And Welch notes because Wrabec is so well known, Sugar Creek Municipal Court Judge Garry Helm recused himself from the case.

Wrabec is appealing the court's ruling. His appeal is scheduled to be heard in Jackson County Associate Circuit Court in Independence on Oct. 2.