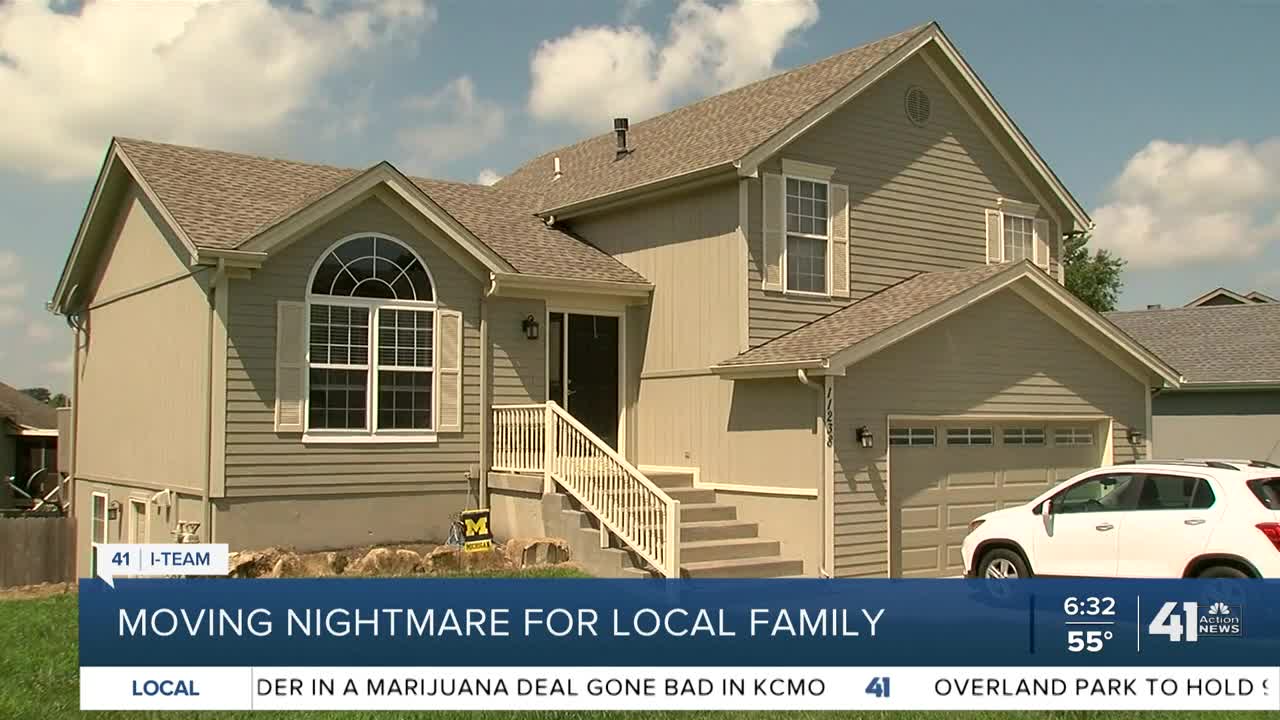 One woman has a warning for others after her experience with a moving company. 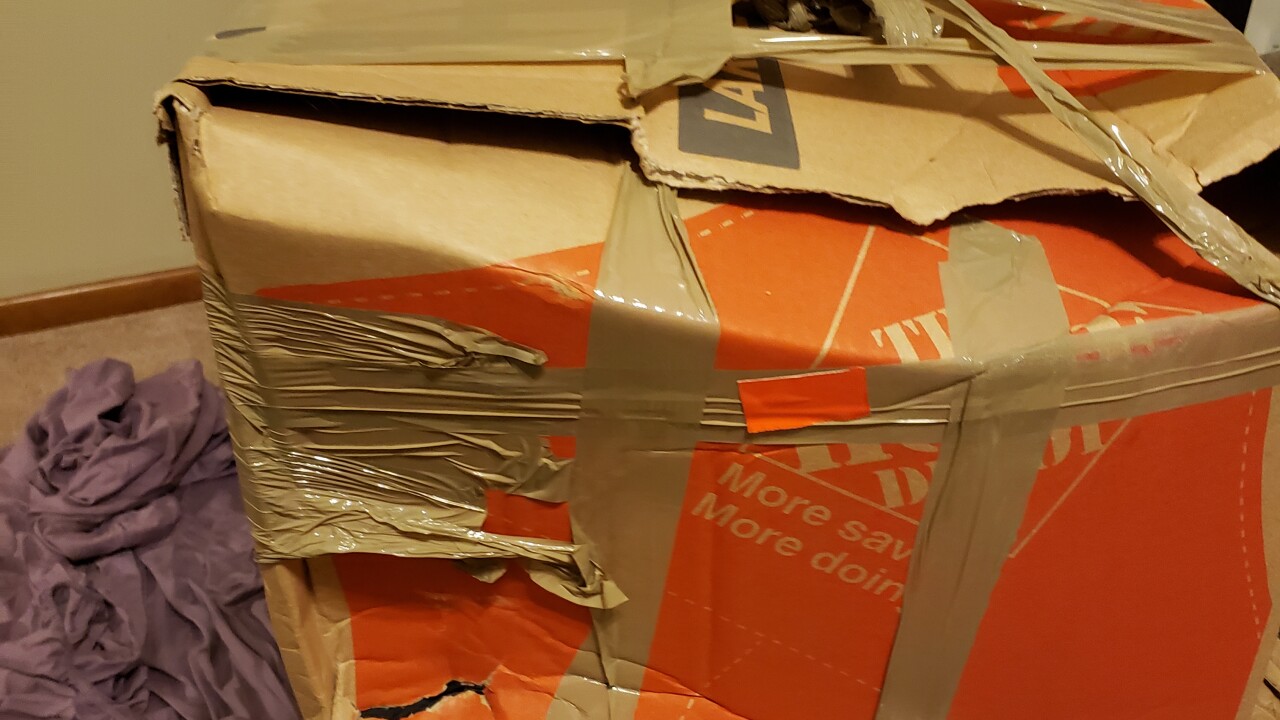 KANSAS CITY, Mo. — Planning an interstate move can be a big headache, so many people choose to hire a professional mover.

That's exactly what one woman did for her family's move from Michigan to Kansas City, but it created even more problems.

Mary Franklin, her husband and their three children were excited for their new adventure in Missouri. They began researching movers in the spring for their July move.

"There's a lot of good and bad reviews on everything," she said, "so what we did is we just kind of looked for a company that had more good reviews than bad."

Franklin submitted a detailed inventory of the furniture, beds and boxes that would need to be moved. Her binding estimate was about $6,000, which she thought was reasonable.

"When it came time for them to pick up our stuff, that's when things kind of went a little sideways," Franklin said.

First of all, the truck that arrived did not have Purple Heart's logo on it.

"It was just a plain white box truck," Franklin said, "That's when we kind of figured out that they had subcontracted us out to Map movers."

Franklin didn't realize she had signed a contract with a moving broker. These companies serve as intermediaries, selling jobs to actual moving companies.

According to experts in the industry, that can lead to problems.

"Oftentimes we don't recommend people use brokers because things can happen. You're not dealing directly with a moving company," said Rachel Peretz, director of communications for the American Moving and Storage Association.

"They wanted to double our price of our move to accommodate our entire house," Franklin said.

Peretz said prices may fluctuate, but a drastic change can be a red flag.

"A move with a reputable mover, the cost might change slightly, but it's not going to be the same as with a disreputable company or with some brokers," she said.

That's one reason why it is beneficial before a move to get written quotes from several companies based on in-person inspections.

Concerned by the change in the price, Franklin tried to cancel her move.

"We were notified that if we did that, we would lose our deposit, which was almost $3,000," she said.

The family decided to go ahead with the move, but they only filled the truck until they hit their $6,000 limit. The Franklins then rented a U-Haul for $900 to move the rest of their things.

"Even by doing that, we still weren't able to bring all of our things," Franklin said.

Map Moving and Storage left with the family's items on July 22.

Based on the distance of the move, Purple Heart provided an estimated delivery window between three and 10 business days.

However, the company also said that the window was not guaranteed.

"So here it is, actually 23 days from the 22nd of July, and we still do not have our things," Franklin said in an interview on Aug. 14.

Text messages from the driver of the truck show the delivery date and time kept changing.

The truck finally pulled up on Aug. 15, more than three weeks after the items were picked up.

Franklin does not know where her belongings were during that time.

"Have my things been taken care of in a controlled environment?" she wondered.

Franklin found busted boxes, broken dishes and damaged furniture. On top of that, she realized 13 boxes were missing.

The Purple Heart Moving Group did not return any of the 41 Action News Investigative Team's calls or emails.

Franklin submitted a complaint with the Better Business Bureau. She requested a $900 refund from Purple Heart for the U-Haul she had to rent to carry the rest of her belongings.

In a response to the BBB, Purple Heart claimed Franklin had additional items that took up more cubic footage on the truck, and that is why the price was changed.

The company only provided a $200 refund.

Purple Heart Moving Group has a pattern of complaints with the BBB alleging price increases after agreements were made.

In addition, the moving broker had 87 complaints from 2018 to 2020 with the Federal Motor Carrier Safety Administration.

In the same time frame, Map Moving and Storage faced 32 complaints, a significant number for a small company with only three tractors and trailers registered with the FMCSA.

Franklin submitted a claim to Map for her damaged and missing items.

The 41 Action News I-Team reached out to the company to ask about the delays with her move and what could have happened to the missing boxes.

An employee responded that Map Moving and Storage is in "peak season, the busiest time of the year" in the industry.

That was frustrating for Franklin to hear, since her claim listed 13 missing boxes, not three.

"I can assure you we strongly believe in good customer service and try and offer the customer the most fair settlement for their claim," Graham wrote.

Franklin's claim will be reviewed by a third-party claims specialist. She hopes to be reunited with the rest of her stuff.

"We just want people to be aware," she said. "It's just very, very frustrating, and it makes me want to go back home to Michigan."

Advice for hiring a mover

The FMCSA, BBB and the American Moving and Storage Association have tips to ensure a successful move:

"You're entrusting somebody with your whole life. Take that extra time that's needed to find the right mover for you," Rachel Peretz of AMSA said.