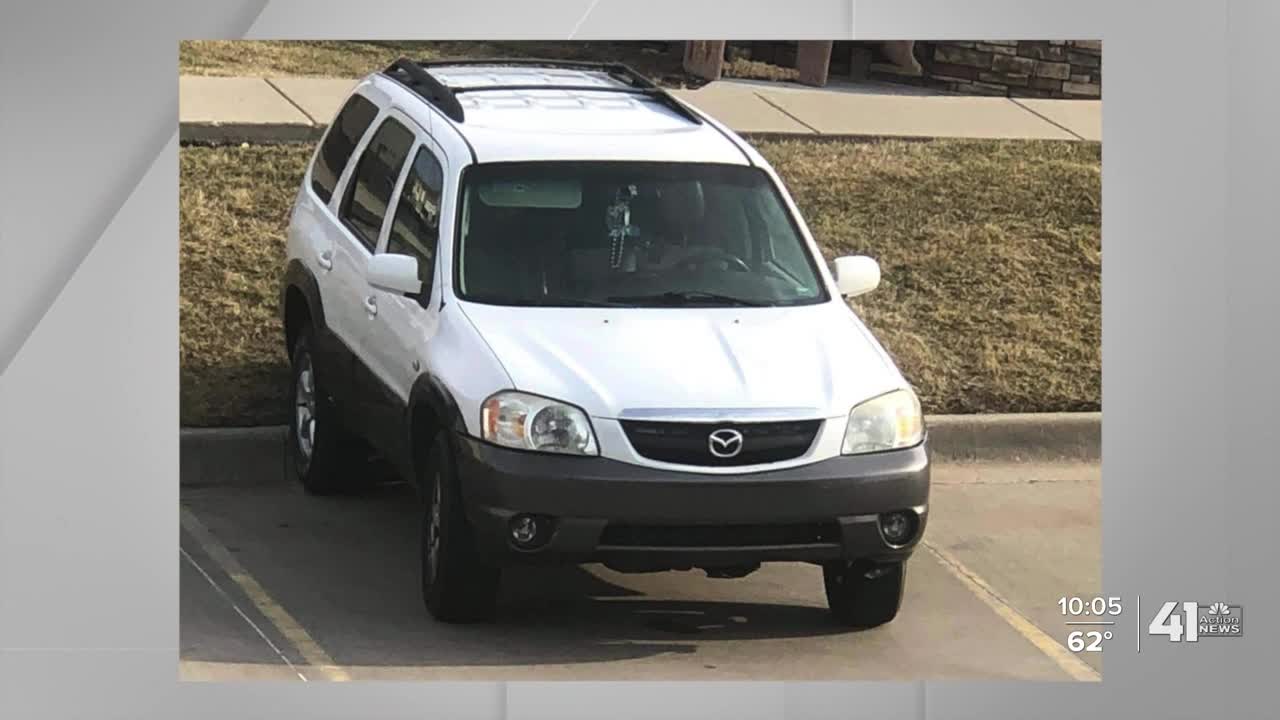 Three months after an alleged carjacking in Johnson County, a teenager and her mother still are without a vehicle – and have yet to see both suspects arrested. The District Attorney says Juvenile Justice Reform has is partially to blame. 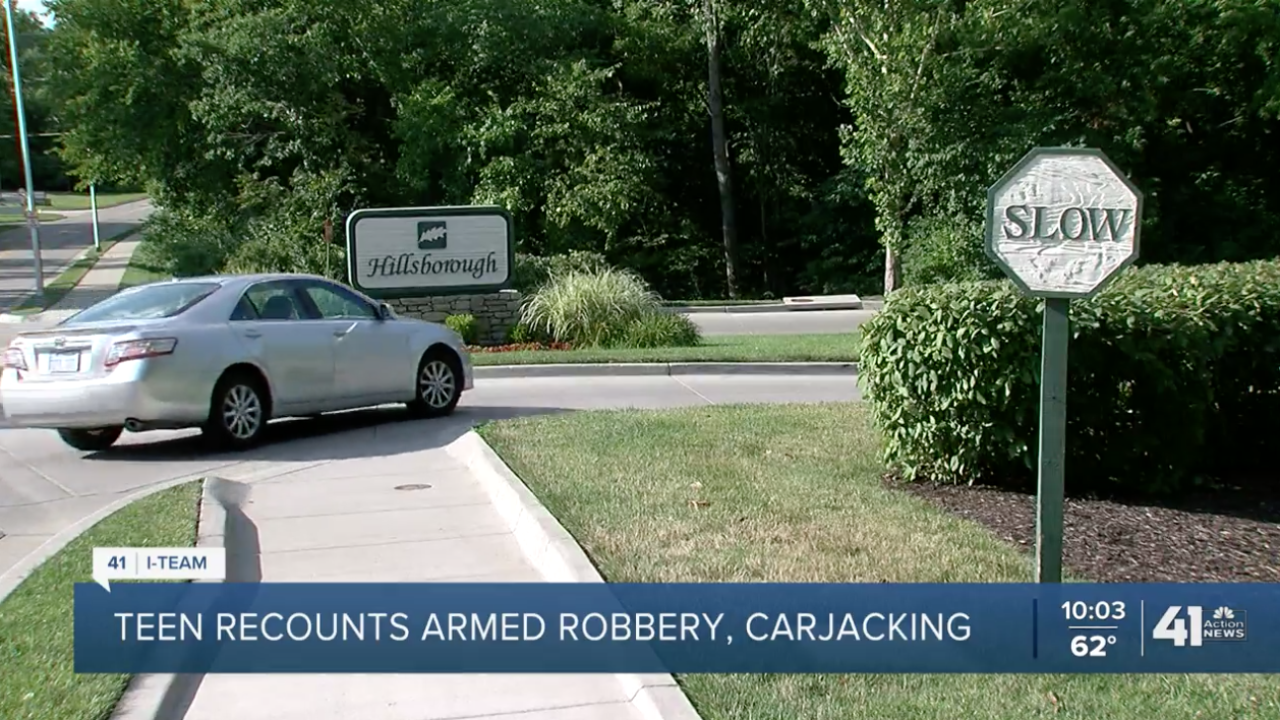 KANSAS CITY, Mo. — Three months after an alleged carjacking in Johnson County, a teenager and her mother still are without a vehicle – and have yet to see both suspects arrested.

An 18-year-old Johnson County woman said two teenage boys robbed her at gunpoint in June after pulling into a parking lot at the Hillsborough Apartments in Mission.

"He opened the door, put the gun to my head, put one in the chamber, and told me everything I had was theirs," she said.

She and her mother asked 41 Action News to conceal their identities for fear of retaliation.

The teen said it was only when the two alleged thieves instructed her to move to the passenger seat that she was able to run for help, flagging down a passing motorist.

"I was screaming, 'Please, they just robbed me at gunpoint, I'm not lying,'" the teen said. "The people did not want to stop, but finally I got someone to stop and they drove me around the parking lot till the police could arrive."

She escaped uninjured, but said the boys took her purse, a designer backpack, other valuables and the family's only vehicle, a white 2006 Mazda Tribute.

With no insurance, the family said they have been unable to buy a replacement vehicle and are paying for rides out of pocket. The teen now takes her mother to work, while the mother takes her daughter to doctor's appointments that her mother said are necessary after suffering a traumatic injury in a car accident a couple years earlier.

"When you're Ubering to doctor's appointments and that's $300 to $400 a week, and it's been four weeks and the police are telling you they're not really sure why your vehicle hasn't been spotted or recovered, it just gets frustrating," her mother said when speaking to 41 Action News a couple months ago.

It has now been nearly three months, and Mission police confirmed they have yet to find the family's missing SUV.

While uncommon, police also said that's not unheard of – And they have no means of tracking the vehicle beyond what they've tried.

As for the suspects, they've identified one, but both mother and daughter said that's not enough.

"Our faith is in the justice system and the police department, but that's not working out," her mother said.

The family filed a police report on June 24, but aggravated robbery charges weren't filed against the young man who allegedly wielded the gun till July 9. And, even then, he wasn't arrested.

Johnson County District Attorney Steve Howe said that is because the suspect, now 18, was 17 at the time of the alleged crime.

"In Kansas, we cannot issue a warrant for an arrest, even on a serious crime like aggravated robbery, unless we can show that that person, we don't know where their whereabouts are," Howe said.

Instead, Howe said they could only issue a summons.

"A summons is just a notice to appear," Howe said. "It says, 'Hey, you need to come to court.' Even though you've committed a dangerous felony, you're not lodged in jail or anything like that."

However, that suspect already is being tried as an adult in a previous case and was on bond supervision for drug and firearm charges when the alleged carjacking took place.

"On the one case, he has been waived as an adult, and has a right to a bond," Howe said. "And, that bond was set and he posted it, as well as posting when he was revoked on his bond. For this new offense, he again posted another bond."

Despite this, under the Juvenile Justice Reform Act (SB367), passed in Kansas in 2016, the district attorney said they can't automatically charge him as an adult in this instance.

"We're one of the few states that requires that," Howe said. "It ought to be an automatic referral to the adult system on any subsequent cases."

"The purpose of the bill was really to look at incarceration rates of young people in the state," Mike Fonkert, of Kansas Appleseed, said. "And we were the fifth worst per capita in terms of rates of incarcerating young people. The law is designed now to limit unnecessary contact with the criminal legal system for children."

Before SB367, judges could detain juveniles up to 28 days per violation. Now, a judge can't detain an underage offender "unless he or she poses a danger to others or others’ property."

Supporters said that means taxpayer funds previously spent on detaining juveniles can now go to programs to help rehabilitate them, offering better outcomes in the long-run.

They also note that under juvenile justice reform, there still are steps prosecutors can take to arrest a dangerous underage offender.

"The process isn't difficult," Fonker said, "but is a check to make sure a judge is reviewing whether it's necessary to take those actions."

The mother-daughter duo said they're baffled why that hasn't happened yet. And until both suspects are in custody, they're left living in fear.

"Sometimes I want to break down and cry, other times I get so angry," the now-19-year-old said.

The primary suspect had a court hearing Tuesday. How pushed for him to be charged as an adult. A judge is expected to rule on that at his next appearance in October.

As for the other suspect, Mission police told 41 Action News via email, "There hasn't been enough probable cause established to make an arrest at this point."

Anyone with information about the alleged crime, or who has seen a white Mazda Tribute with charcoal gray trim and bright yellow rear shocks, is asked to contact Mission Police.