'We were shocked': Liberty family surprised MSHSAA is not mandated reporter 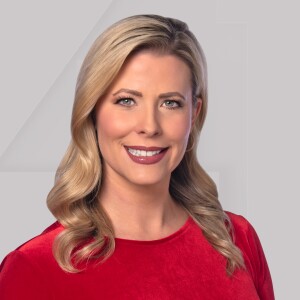 It can't be taken for granted that governing bodies for school activities are doing enough to protect students. The KSHB 41 I-Team uncovered polices that shocked a local sheriff and prompted a lawmaker to vow to take action.

KANSAS CITY, Mo. — When it comes to high school activities, the Missouri State High School Activities Association (MSHSAA) oversees it all, from basketball to debate.

But, when it comes to rules about inappropriate relationships between coaches and players, MSHSAA's boundaries appear to be nonexistent.

Because of that, a Liberty family is left wondering if the agency dropped the ball in their daughter's case.

For as long as she can remember, Emilyn Richardson has loved basketball.

"I think I started playing when I was four. I think that’s the first time I picked up a basketball," she said.

As she grew older, she continued to play competitively, including as a starter for the Liberty High School basketball team for a coach she and her teammates adored.

"We had a good relationship with him. He was, you know, a great coach, very successful," her mother, Jennifer Richardson, added.

With that in mind, the family said they never thought twice about letting Emilyn babysit for him.

But then, one night at his home, Emilyn said her coach crossed the line and made her feel uncomfortable.

"He ended up scooting closer to me and was trying to touch me, but I just wasn’t letting it happen," she said.

As she drove home, her coach texted her, telling her she "needed to come back," even suggesting she lie to her mother, using the excuse of a forgotten phone charger as a reason to return.

He also sent her a picture via Snapchat of himself lying in bed, telling her next time she should stay longer.

Upset and confused, Emilyn notified the school, who contacted her parents and police.

"We loved him. We were shocked. We were angry... mad," her mother said.

The family contacted MSHSAA, but they said the agency did nothing.

The Richardsons also filed a police report, turning over copies of the text and Snapchat messages.

Liberty High School also notified the police, who told the I-Team that while the coach's behavior appeared suspicious, "the information we had in the report did not fulfill the elements of a crime."

Because he was never charged, KSHB 41 News is not naming the coach.

Still, even without charges, the family said they were led to believe he'd be held accountable by the school.

"What I took out of it was that he was being fired and he wasn’t going to be able to coach anymore," Emilyn said.

But KSHB 41 News learned that's not what happened. According to the separation agreement the I-Team obtained, the coach agreed to resign.

He also had to promise he'd never "apply for or accept a pre-K through 12 teaching, coaching or other position that would involve interactions with minor children."

When the I-Team shared that news with the Richardsons, they were dismayed, worrying that a promise alone wouldn't be enough to stop him in the future, especially since he didn't lose his teaching license.

Since the family was initially interviewed this past summer, the I-Team has since learned the former coach passed away within the past month.

The Richardsons still wanted to share their story in the hopes of encouraging MSHSAA to do more to protect students.

"There’s got to be someone who’s over everything to make sure that our kids are protected," Jennifer Richardson said.

The Richardsons said if nothing else, as the governing body, MSHSAA should take a stronger stance in protecting kids.

MSHSAA agreed to sit down with the I-Team to explain why the organization doesn't have rules prohibiting inappropriate relationships between coaches and players.

"The biggest reason for that is because it’s already covered under that teacher's contract," MSHSAA Communications Director Jason West said.

He added that applies to coaches as well as anyone contracted by a school system to work with children.

West also confirmed MSHSAA is not a mandated reporter, meaning if an allegation of sexual abuse or assault is reported to them, they are not legally obligated to turn that information over to police.

"If we do receive a report like that from a parent or a concerned citizen, our first move is to contact the school," West said.

The I-Team asked if MSHSAA would be open to making these changes. West said as a member-driven organization, MSHSAA defers to its member schools, and at this point the schools don't consider making those changes a priority.

The 41 I-Team reached out to all the other high school activities associations, nationwide, to see how MSHSAA compared.

Twenty-six of the associations responded.

Of those, only three have written policies prohibiting inappropriate behavior toward students: Kansas, Nevada, and Ohio.

Although it seems such policies for governing bodies aren't the norm, Ray County Sheriff Scott Childers said he believes they should be.

"It makes no sense to me at all when I found out they weren’t.... My mind was blown. You would think that a body that governs what high school sports do in Missouri and Kansas would be mandated reporters, at the minimum," Childers said.

"I worked as a school resource deputy at a very big school north of the river," Childers said. "I worked there for three years. I made three arrests. Two of them were coaches and one was a band teacher. When something like this happens a school district is supposed to report it to law enforcement. However, I can tell you that doesn’t always happen."

Childers said requiring MSHSAA to be a mandated reporter and having them prohibit this type of behavior could give him and other law enforcement agencies more teeth when it comes to investigating and making arrests for these crimes.

He said making MSHSAA a mandated reporter is something he sees as a necessary step, especially if families don't feel comfortable reporting allegations to their school.

"If you have a concern about a coach and you’re thinking, 'Who am I going to call about this issue? I can call the athletic director. Wait, but they're friends.' Parents have to be confident that the person they are calling is actually going to make the right call," Richey said.

Since the I-Team brought this issue to his attention, Richey said he will pre-file a bill to make MSHSAA a mandated reporter.

"If a kid gets caught drinking or smoking, [MSHSAA] will punish him. But, yet, they’re not there for the protection of them, against coaches and things of that nature. Shame on you for not putting this policy in place. And if you’re not going to do it, then I will work to get it done," Richey said.

Although it's too late for Emilyn's case, she and her family hope they can help others.

"Hopefully changes will come out of this," her father, Tim Richardson said.

He said he's proud of his daughter for coming forward, not just to the authorities, but again four years later, to fight for change.

As for Emilyn, she said she dealt with depression that summer before her senior year, causing her to switch schools and play for a different team her final year of high school.

Although she said it was basketball that led to that painful experience, it was her love of the game that ultimately helped her heal.

"I knew basketball was my happy place and I knew that would be the only thing that got me out of it," Emilyn said.

Emilyn went on to play two years of college ball at Park University, before committing herself fully to her studies pursuing a degree in Marine Biology. However, she still plays recreationally and has even done some coaching.

In addition to reaching out to MSHSAA, KSHB 41 News also contacted the governing body on the Kansas side, the Kansas State High School Activities Association, or KSHSAA.

They confirmed while they are not currently mandated reporters, they are open to making that change to keep student-athletes safer.