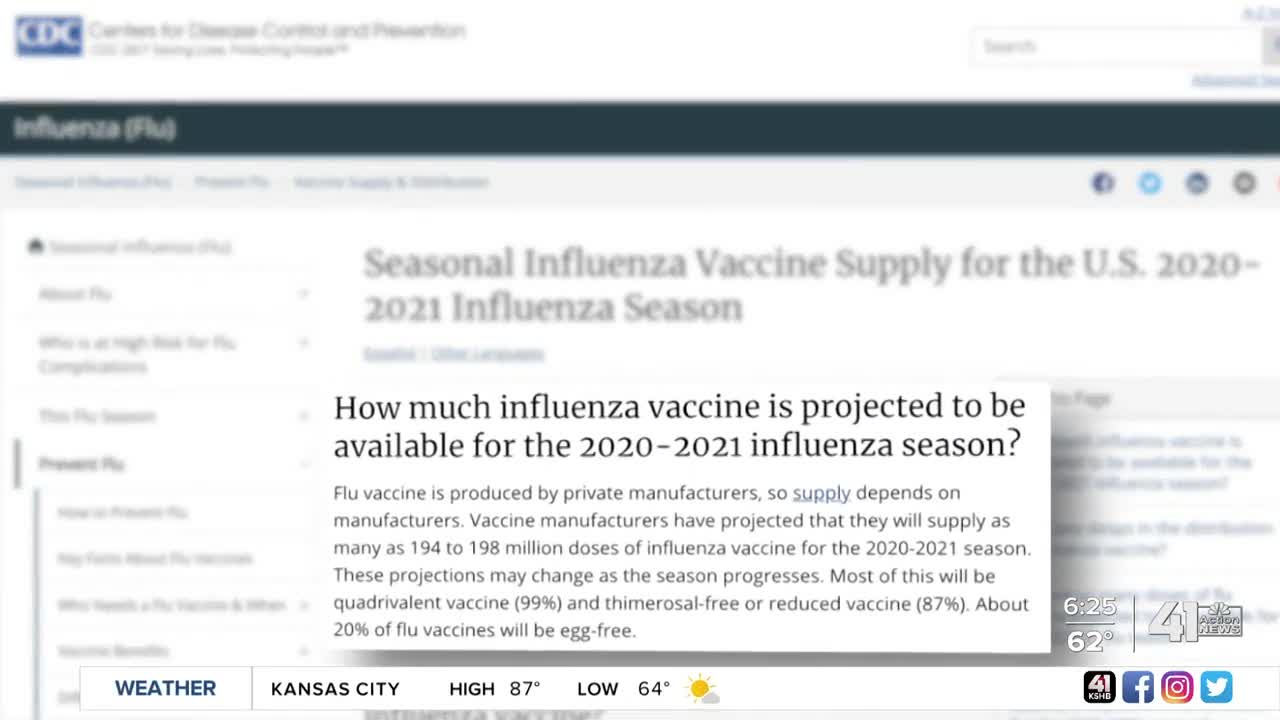 How health experts are making sure there's not a flu shot demand. 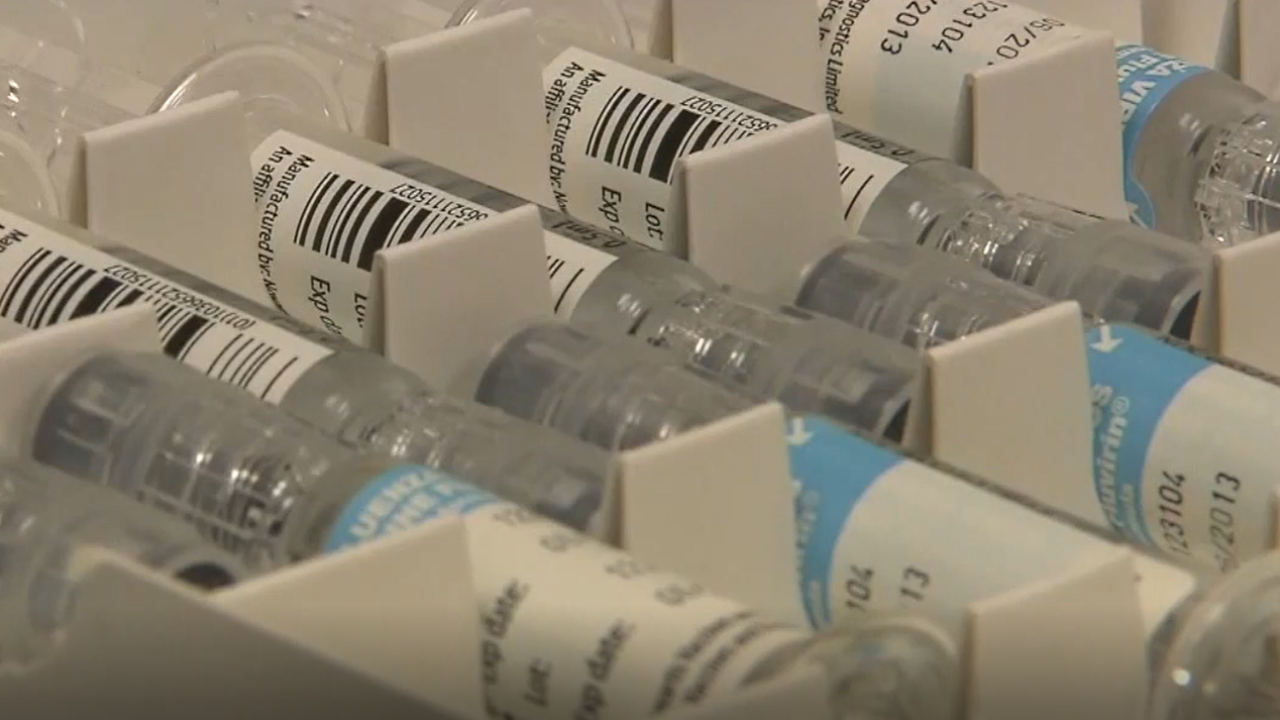 KANSAS CITY, Mo. — Medical professionals say it's more important than ever for people to get flu shots.

The hope is to avoid a "twindemic" with influenza and COVID-19 burdening the health system at the same time.

According to a Reuters poll, demand for the flu shot is up 15 percent this year.

Will there be enough supply to go around?

Vaccine orders are typically made in late February or early March, Teale explained.

Saint Luke's purchased roughly the same amount of doses as it did the year before, since the pandemic had not yet intensified. However, the health system will have opportunities to increase its supply if needed.

"If there are certain areas across the country that don't use their vaccine, we can ship that extra vaccine back into the supply chain, and then come November or December, typically we're able to purchase more," Teale said.

Vaccines typically arrive in two shipments. The first half comes in August, and the second part of the order arrives by the end of October. Health providers that are currently short on doses are likely waiting on the rest of their allotment to ship.

There's a lot of demand for the high dose flu vaccine, which was designed specifically for those 65 and up and contains four times the amount of antigen as a regular flu shot.

"I don't think that we have a concern right now. We've been able to get the vaccine," Teale said.

Truman Medical Centers/University Health is one local provider that anticipated demand and increased its vaccine order by 20 percent.

Meanwhile, the University of Kansas Health System has also seen more people coming in for flu shots and doing so earlier than in previous years. Last year the health system ordered 55,000 doses of the vaccine, and 14,000 were left over.

The best time to get a flu shot is in the month of October.

You can find a vaccine provider by entering your zip code in the VaccineFinder online tool.

Saint Luke's Physician Group is also offering drive-thru flu shot appointments every Saturday and Sunday from 9 a.m. to 3 p.m. through the month of October. Patients who have a Saint Luke's primary care physician can call their provider to schedule an appointment.