J.C. Nichols' name to be removed from fountain, parkway near Plaza 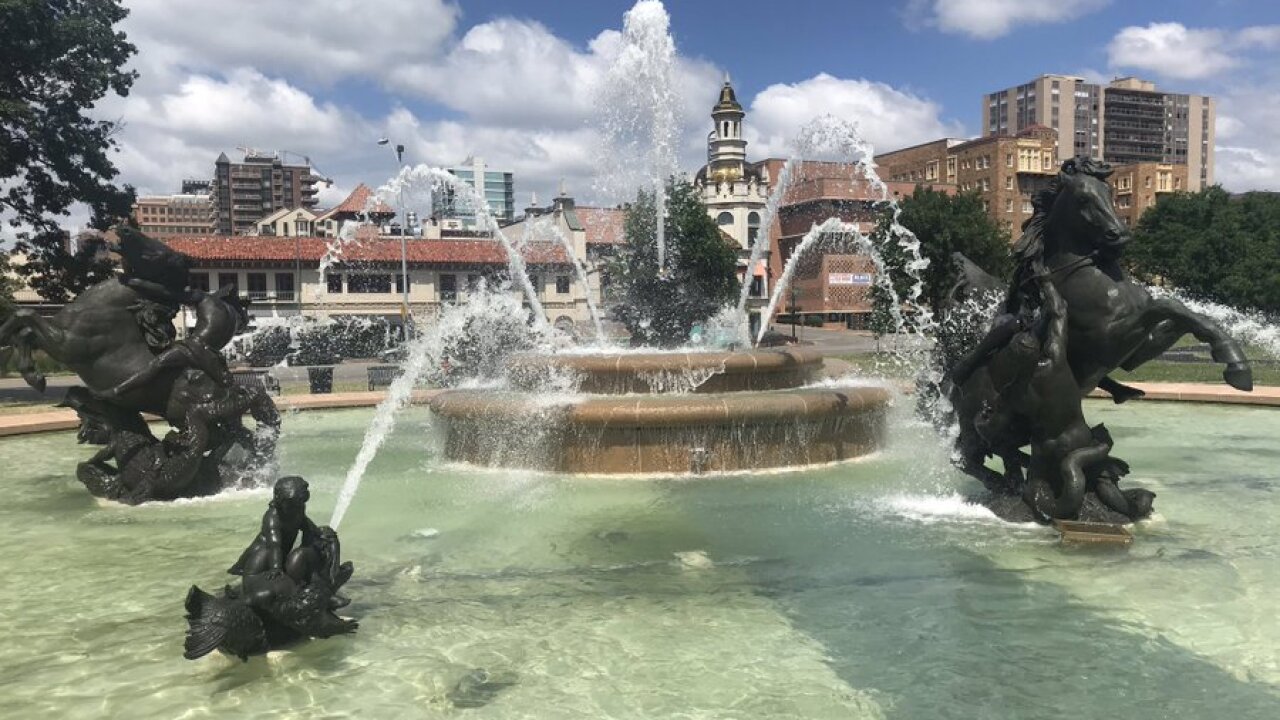 KANSAS CITY, Mo. — The Kansas City, Missouri, Department of Parks and Recreation Board voted unanimously Tuesday afternoon to remove J.C. Nichols’ name from the fountain at Mill Creek Park as well as a street that runs along the park's west edge.

"This accomplishment serves as a catalyst for change, and KC Parks remains determined to live our mission, which includes social equity," the KC Parks Board said in a statement announcing the vote.

Nichols was a visionary, who is credited with designing and developing the Country Club Plaza.

He also actively pursued racist and anti-Semitic policies designed to keep Blacks and Jews from living in residential areas near the Plaza through deed covenants enforced by neighborhood associations, which automatically renewed and became a staple across the country for redlining and other segregationist policies.

It was that history that led to the movement to remove Nichols' name from a place of honor, which started this time when KC Parks Commissioner Chris Goode sent a letter to the board in early June.

“Today my deep love for Kansas City grew," Goode said in a statement from KC Parks. "Today we have been afforded an opportunity to take a small step towards the conversation of healing. I’m excited for where this open door can lead to. As the heart of the nation, we have real work ahead to ensure that this dialogue turns into education that leads to actual change. While I applaud every single person that spoke life into this moment, including the Nichols family, I am more interested that each person that stood up for what’s right today will commit themselves to tangible change for the days, weeks and months to come.”

The KC Parks Board's vote comes after a weeks-long debate following protests at the park, which often were staged at the fountain and focused on racial equality and police conduct in the wake of George Floyd's death in Minneapolis.

According to KC Parks, it received loads of feedback from the community, including more than 500 emails, comments, letters and calls.

"KC Parks is honored and humbled by the broad support on this topic and looks forward to continuing to work towards a more equitable and inclusive community," the Parks Board said in a statement.

The measure results not only in the removal of Nichols’ name from the fountain, but also renames J.C. Nichols Parkway to its original name Mill Creek Parkway. The road was renamed in 1952 in Nichols' honor upon his death. There is no new name for the fountain as of yet.

"For institutions to combat racial inequities, they must first acknowledge their own past and focus on engaging the community on a path forward," the Parks Board said in a statement. "KC Parks is uniquely positioned to use its assets, platform and resources to impact change for the good of our entire community."

Members of the Nichols family announced public support for the effort earlier Tuesday along with the Miller Nichols Charitable Foundation.

“We have a great passion for the Kansas City spirit, and for the people in every corner of our community who bring it to life,” Kay Callison, president of the foundation, said in a statement. “It is important to each of us that we publicly endorse the name change for the greater good of the city we love.”

While Nichols' name has been removed from the fountain, a KC Parks spokesperson said finding a new name will involve a different process.

The KC Parks webpages for the fountain and parkway had already been removed by Tuesday evening, producing a "404 not found" error.