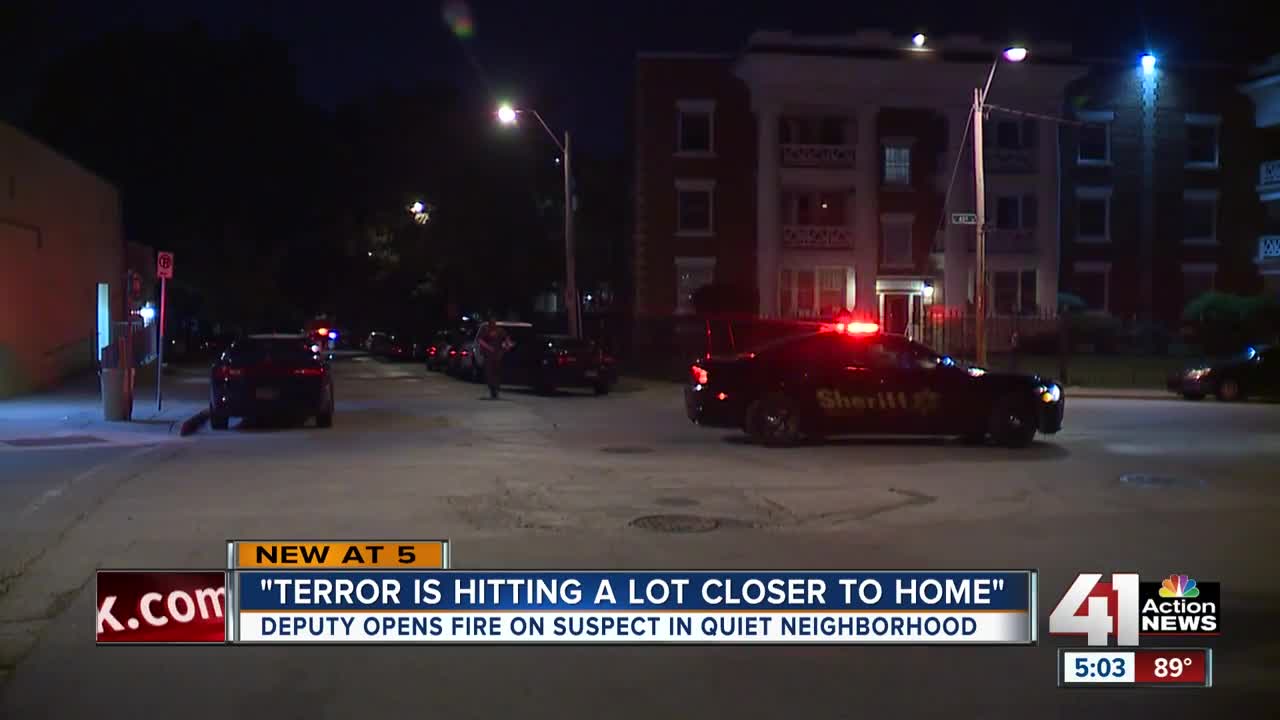 A Jackson County sheriff’s deputy who suffered minor injuries after being tased by a suspect late Thursday night is expected to be OK. 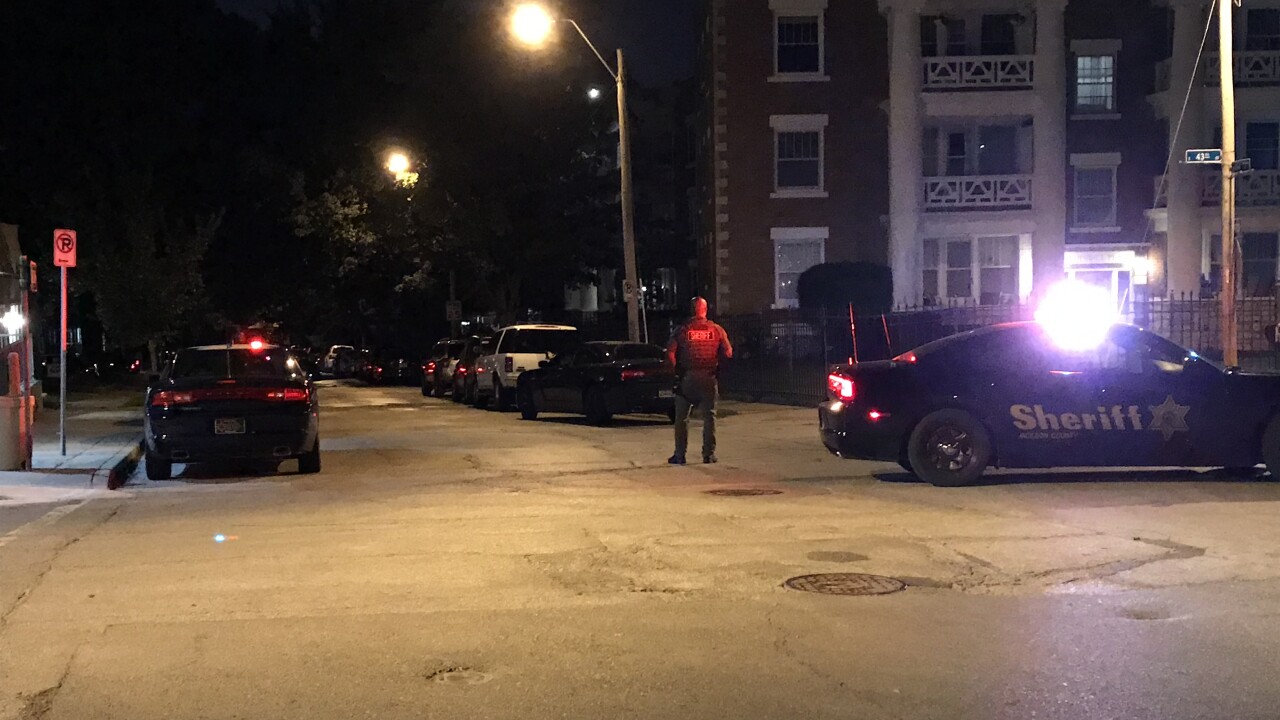 KANSAS CITY, Mo. — A Jackson County sheriff’s deputy who suffered minor injuries after being tased by a suspect late Thursday night is expected to be OK.

On Friday, chalk lines on a Southmoreland street served as reminders of the chaos that broke out near the relatively quiet area of 43rd and Oak streets.

For Quinn Coats and her family, that terror took place next door, with law enforcement swarming her block around 11:15 p.m.

"We heard what sounded like a hard knock — three or four ‘knock-knock-knocks’ really successive," Coats said.

The “knocks” were gunshots fired from a Jackson County deputy’s service weapon.

Jackson County Sheriff Darryl Forte told 41 Action News that the deputy saw a man and woman on a scooter going down the wrong lane of traffic. The deputy pursued, and a short time later, the scooter collided with the deputy's cruiser. The female passenger ran away, and the deputy went after her.

At some point, the woman allegedly tased the deputy. In turn, the deputy opened fire.

Coats watched the search that followed from a window as her husband and young sons sheltered in place.

"A dog was being walked around trying to find a blood trail," Coats said.

The suspect's blood trail, now evident in chalk lines on the street, led police to an apartment complex.

"They were able to say on their walkie-talkies that there wasn't a threat anymore," Coats said. "They escorted a young man out in handcuffs and then a stretcher came out with an individual in the stretcher as well."

The suspect remained hospitalized on Friday with minor injuries.

The night of violence was an uncommon sight for this residential block near the Nelson-Atkins Museum of Art and the Kansas City Art Institute.

"And it's just really frustrating that as a teacher and a parent we're right there in it, in what should be a really safe neighborhood," Coats said.

On Friday afternoon, the Coats family washed away the chalk lines in front of their home of three years to help restore some sense of normalcy.

Law enforcement say the man driving the scooter is being investigated for possible DUI. No charges have yet been filed against the woman accused of tasing the deputy, who has been with the department for seven years.