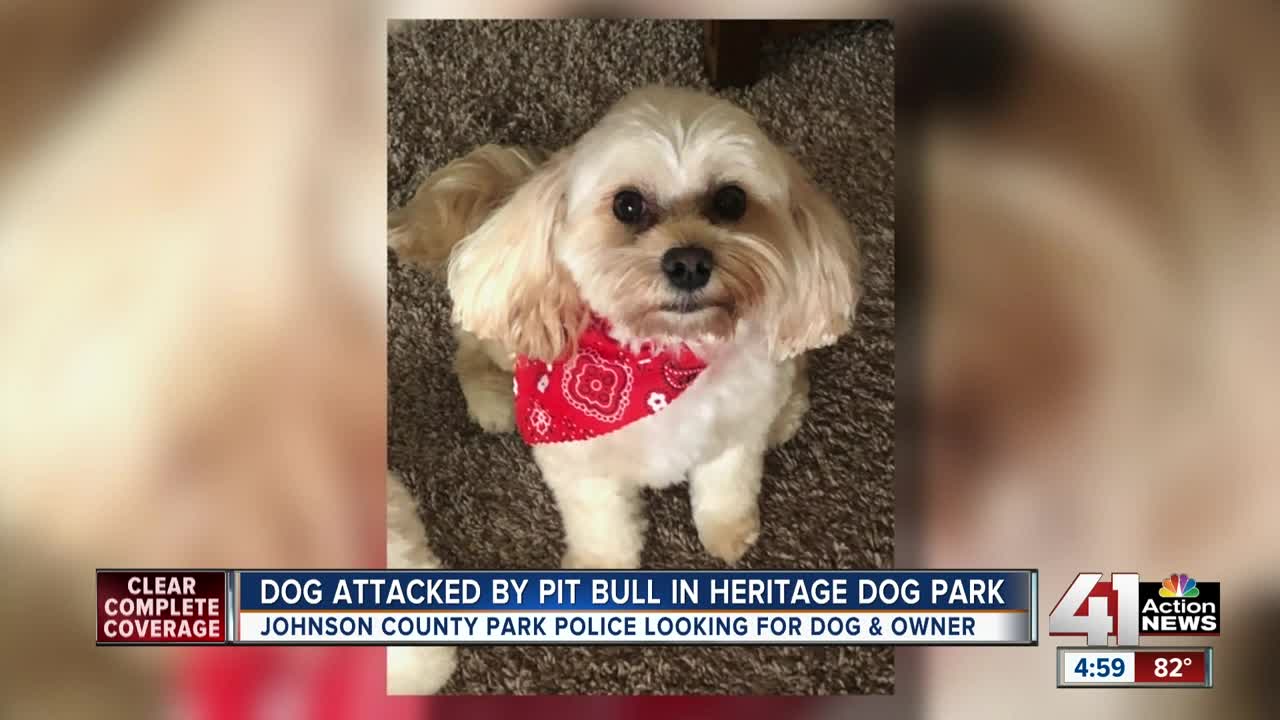 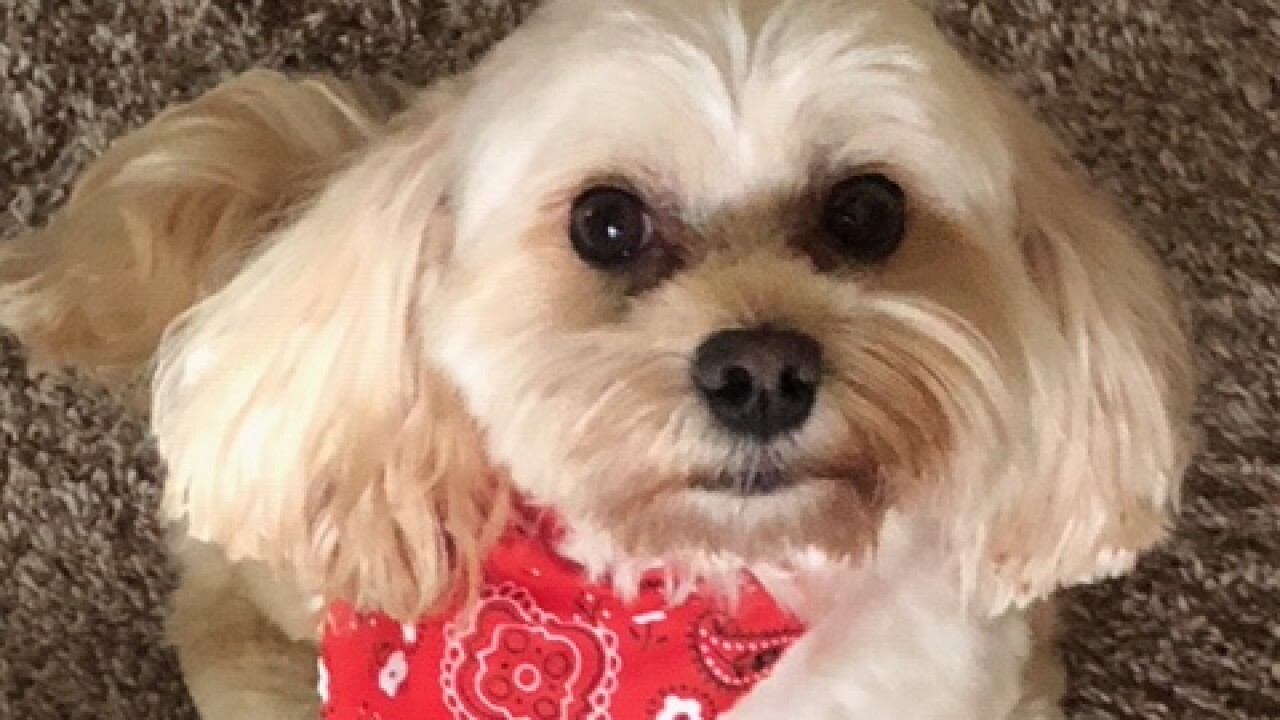 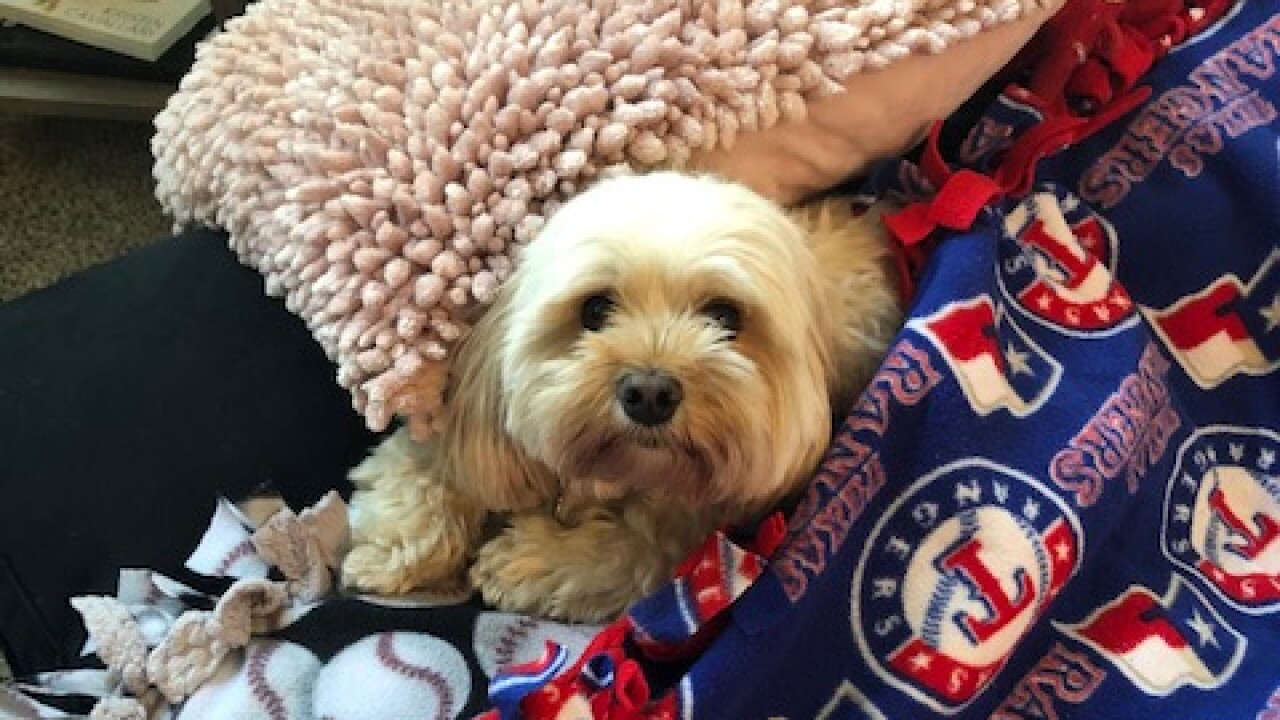 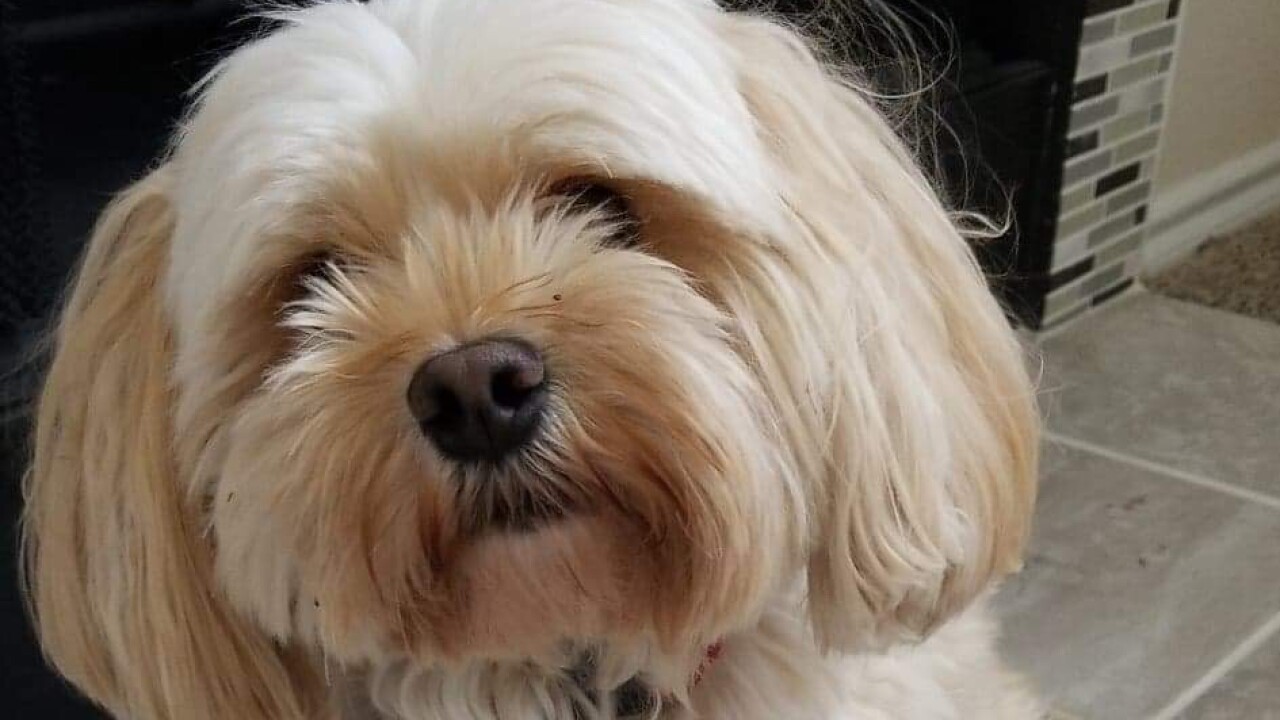 OLATHE, Kan. — Johnson County Park Police are looking for the owner of a gray pit bull-type dog after an attack at Heritage Park in Olathe.

Wiles had to make the difficult decision to put down his six-year-old dog, Ranger, on Thursday.

"Ranger ended up suffering a severe wound in his chest, which entered into his chest cavity, and also down in his abdomen," Wiles said.

Wiles was at the off-leash dog area at the park around 5 p.m. with Ranger, a 10-pound Cavamalt, and his three other dogs.

They were near two pit bull-type dogs and their owner when one of the dogs attacked Ranger.

Wiles said the dog was shaking Ranger, which is an instinct that prey-driven dogs typically have.

"I jump on and do what you probably shouldn't do, which is stick your hands in the dog’s mouth, trying to pry them open and trying to get your dog out," Wiles said.

In the chaos, Wiles said he was lucky to only get minor cuts on his hands.

He left in a panic without getting the other dog owner’s information, but a bystander gave that person Wiles’ phone number.

Wiles said he hopes he gets a call from the owner.

Johnson County Park Police said they are also trying to locate the owner of the dog.

"We're trying to locate the owner of the pit bull dog so the owner that was bitten knows that the rabies vaccinations are up-to-date, and those types of things," said Rob Weber, Johnson County Park Police operations commander. "Rabies, distemper, those kinds of things, many of those diseases can be transferred to human beings. The treatment for that isn't pleasant, so if we can find that the dog was vaccinated, it certainly puts the person who was bit at a peace of mind."

Park police are not handling the incident as a criminal matter, because it happened between two dogs.

"For the most part we have very, very responsible dog owners here at the park, and they will exchange that information or pay for any damages their dog might have caused," Weber said.

Above everything else, Wiles lost a member of the family, and they are heartbroken.

"If an owner knows they have an aggressive dog, going to a public, off-the-leash dog park probably isn't the best idea," Wiles said.

Wiles doesn't want to place the blame only on pit bulls. He said owners of every type of dog should be aware if their pets aren’t good with people or other animals.