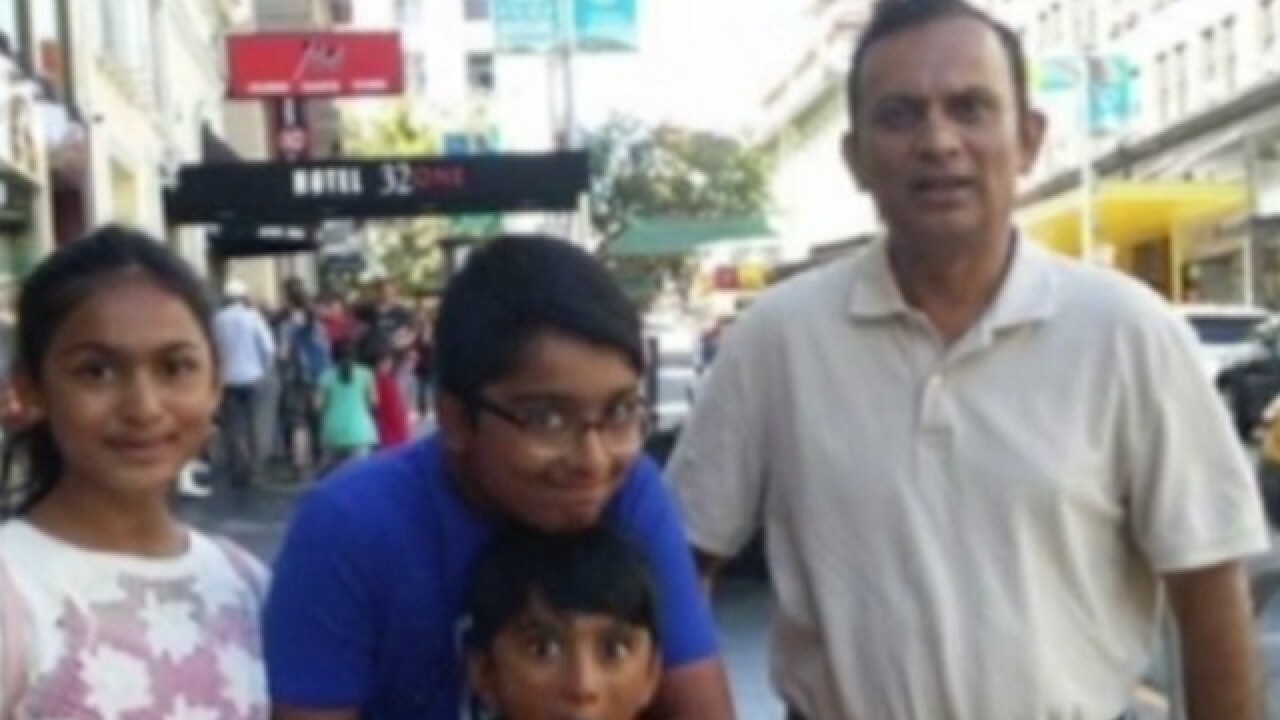 LAWRENCE, Kan. — An immigration judge granted a stay for Syed Jamal Wednesday night, according to his attorney. The chemistry professor and father of three faced deportation after his arrest in Lawrence in late January.

Judge Glen Baker made the decision as Jamal was transferred to an El Paso jail, being staged for deportation.

On Thursday afternoon, his attorney and family held a news conference.

News conference from Jamal's attorney and family. He is in El Paso. He was being staged for deportation but the judge granted the stay yesterday. @41actionnews pic.twitter.com/m11FRmim6Y

Now court needs to review the motion for the stay and issue ruling. 10 days for government to respond. Judge will make decision. @41actionnews

Now that Judge Baker granted the stay, the Department of Homeland Security has to respond by February 15. Baker will then hear the case, though it could take weeks to happen.

Jamal came to the U.S. from Bangladesh 31 years ago and was working as an adjunct chemistry instructor at Park University before his arrest. He planned to teach at St. Luke's Hospital this summer and has taught at several colleges around the metro in recent years.

ICE officials arrested him in his front yard on Jan. 24. Jamal had previously overstayed his visa but had permission to stay under supervision. He was required to check in with authorities and not break the law. He has a work permit that is valid through fall 2018.

Because of how immigration policies have shifted, ICE decided Jamal was a priority.

In the days after Jamal's arrest, in which ICE officers took him into custody in front of his children outside his Lawrence home, lawmakers on both sides of the state line and tens of thousands of citizens reached out to show support for him and his family.

By mid-morning Thursday, Jamal’s family could breathe easier knowing the deportation is currently on hold.

Hours earlier his children were describing their plight on national television.

“I just hope that people who can change [policy] can really see how much it can hurt a family,” Taseen Jamal, Syed Jamal’s son, said.

Shortly after that appearance, Jamal’s younger brother, Hussain Jamal, received a call from their immigration attorney about the stay of deportation.

“We’re going to keep fighting. Give us a chance to fight. That’s all we ask for — is giving a shot. We have a very strong case,” Hussain Jamal told 41 Action News Thursday. “I just want to thank them from the bottom of my heart, especially the community there in Lawrence, all the representatives who called."

Supporters such as Marci Leuschen and her friends made it a point to attend Thursday afternoon’s news conference.

Leuschen organized a rally in Lawrence Thursday evening to celebrate the developments.

“It was Democrats and Republicans, Kansans and Missourians coming together for a greater cause. I have a renewed faith of good in the world. I’m really happy today,” Leuschen said.

Jamal’s family joined supporters at the Lawrence Creates Makerspace as they wrote letters thanking politicians for their help thus far in preventing the deportation of the chemistry professor.

Although he represents a different district in a different state, Missouri Congressman Emanuel Cleaver got involved in Jamal's case, saying in a statement to 41 Action News, "I could not sit by and watch a deserving father and husband and a contributing member of this society be torn away from his family and ripped from this country."

Cleaver's office told 41 Action News Jamal's family and attorney asked him to help. Because it's an open case, they couldn't get into detail about why they called upon Cleaver.

Upon hearing the news of Jamal's stay of deportation, Cleaver said in the same statement, "There were compelling humanitarian reasons why this case should go before a judge and I believe it was my ethical and moral responsibility to speak up for him. I’m glad to see that the courts have listened and decided not to deport Mr. Syed."

Sharma-Crawford they are very thankful Cleaver stepped up for the family in their time of need.

"This is another American story turned into a nightmare by the current divisive climate regarding immigration," Sharma-Crawford said.

Another of Jamal's attorneys, Jeffrey Bennett, filed a stay of removal on Monday, asking the Department of Homeland Security for protection. The stay of removal urged the judge to consider what risks Jamal would face if he went back to Bangladesh. As an ethnic minority, Bennett argued, Jamal would be subject to extreme discrimination and even violence. In addition, Bennett said Jamal has no connection to Bangladesh and doesn't speak the local language.